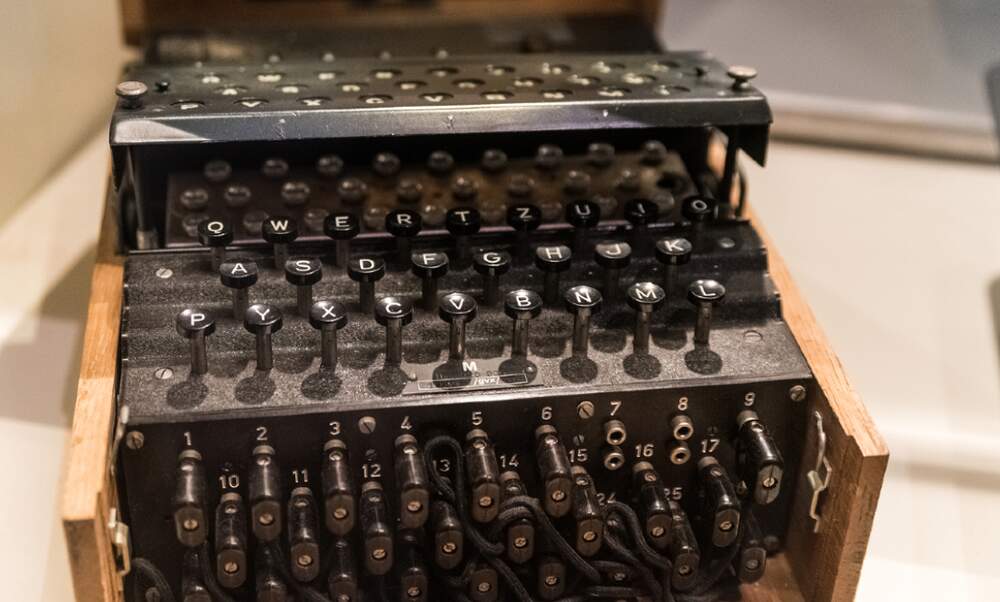 A group of divers, who were searching for abandoned fishing nets off the north-east coast of Germany, have found an old Enigma machine - a famous encryption machine used by the Nazis during the Second World War to transmit coded messages - and handed it over to a museum for restoration.

The divers initially thought they had found a typewriter

The Enigma cipher machine, found in the Baltic Sea near Flensburg, was originally thought to be a typewriter, but the divers quickly realised that they had made a truly rare find. According to top historian Dr Jann Witt, the machine is likely to have been used on a German warship, and was thrown overboard during the final days of the war.

In its day, the Enigma machine was a state-of-the-art encryption device employed by the Nazis during WWII to protect national interests. The devices were used to hide communications relating to commerce, diplomacy or military affairs.

The state museum will restore the machine

The recovered Enigma machine will now need to be desalinated and restored after seven long decades under the sea. The state archeological museum of Schleswig-Holstein has taken on the task of completing the delicate restoration process, and will display the machine in the museum afterwards.

According to the head of the state archaeological office, the restoration process should take around one year.