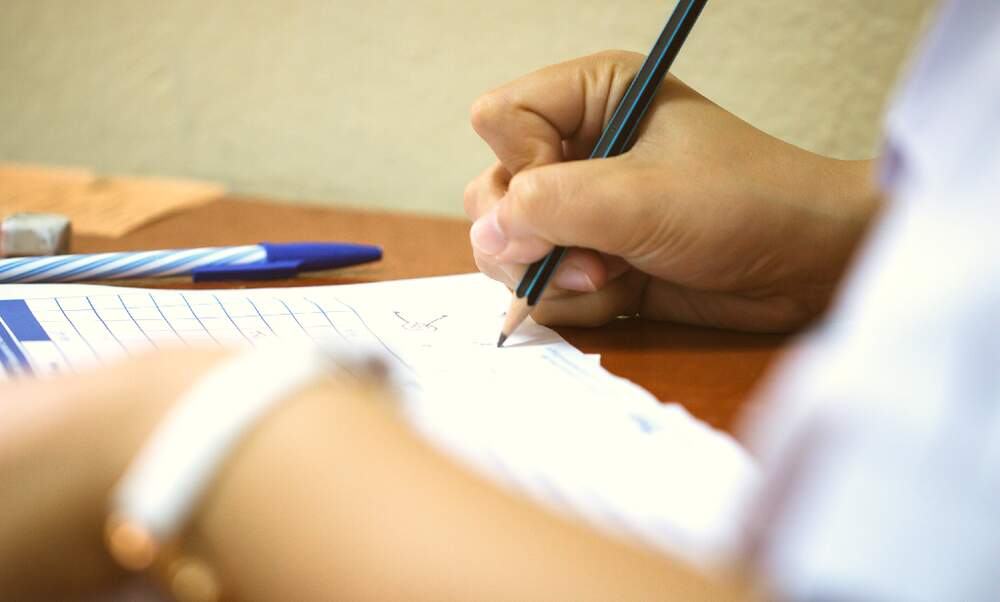 The position of schools in Germany in international comparison has slightly deteriorated, the latest PISA study has found. Although schoolchildren in Germany are performing at above-average levels, their literacy, mathematics and science competencies are deteriorating - and socially disadvantaged children are falling even further behind.

Education in Germany is above average, but slipping

After several years of improvement, the performance of Germany’s schools has now dipped for the second time in a row. The latest PISA report shows that German students have deteriorated slightly in all three areas - literacy, mathematics and science - compared with the previous study, which was published in 2016. Overall, Germany scored 498 points, ranking 15th out of the 37 OECD countries.

First conceived of in 2001 by the Organisation for Economic Cooperation and Development (OECD), the Program for International Student Assessment (PISA) study, which is published every three years, is the largest international comparison of education levels across industrialised and industrialising nations. This year’s study tested around 600.000 15-year-old students from 79 countries worldwide, including 5.500 in Germany.

There were some positive aspects to take away from the report: overall, German students continue to outperform the OECD average and can, therefore, be considered “good”. In mathematics and science, Germany performs especially well. Nonetheless, the gap between Germany and the top-performing countries like Singapore, Hong Kong, Japan, Estonia, Canada and Finland remains high.

One in five can only read and understand simple sentences

Overall, reading literacy in Germany dropped by 11 points compared to the 2015 study, to 498 points - roughly the same level as was achieved in 2009. Performance in mathematics also worsened. Germany’s score fell to 500 points, below 2016’s score of 506 and well below the best-ever result of 514 in 2012. The clearest downward trend was in natural sciences, where German students lost 21 points compared to 2012.

Overall, girls performed much better than boys - in Germany and in all other OECD countries - except in mathematics. One point highlighted for concern was the fact that one in every five 15-year-old boys in Germany has a very low reading competency, meaning they can only read and understand simple sentences.

This is perhaps unsurprising since the study also found a palpable lack of enthusiasm for reading. Half of all the students surveyed said “I only read when I have to read” or “to get the information I need.” Reading was considered a favourite hobby by only one in four. 34 percent said that reading was a waste of time.

Speaking at the presentation of the figures in Berlin on Tuesday, an OECD spokesperson said that one of the reasons behind Germany’s performance decline could be the refugee crisis, which has put “increased demands on the education system.”

Indeed, the proportion of students with a migration background has increased significantly since the last PISA survey, and their integration into the German school system continues to represent a major challenge.

This year’s study found that 22 percent of schoolchildren in Germany grow up with parents who do not speak German as a native language - compared to 18 percent in 2009. Moreover, around half of these schoolchildren grow up disadvantaged.

This is a major problem because, as the report’s authors point out, success in the federal republic continues to depend more heavily on the student’s social background than in other OECD countries. Privileged students have a clear advantage over those who are socio-economically disadvantaged. And it’s getting worse, not better: the difference has widened by nine points since 2009.

Around one in 10 of these disadvantaged children achieves academic excellence, PISA reported. This shows that the social disadvantages experienced by children in Germany are not insurmountable, but it is not made easy for them.

According to the report, the problems facing disadvantaged children are made worse by Germany’s teacher shortage, which disproportionately affects them. About 70 percent do not receive lessons in full because of inadequate staffing. Only around one in three of the more privileged students have their education affected in this way.