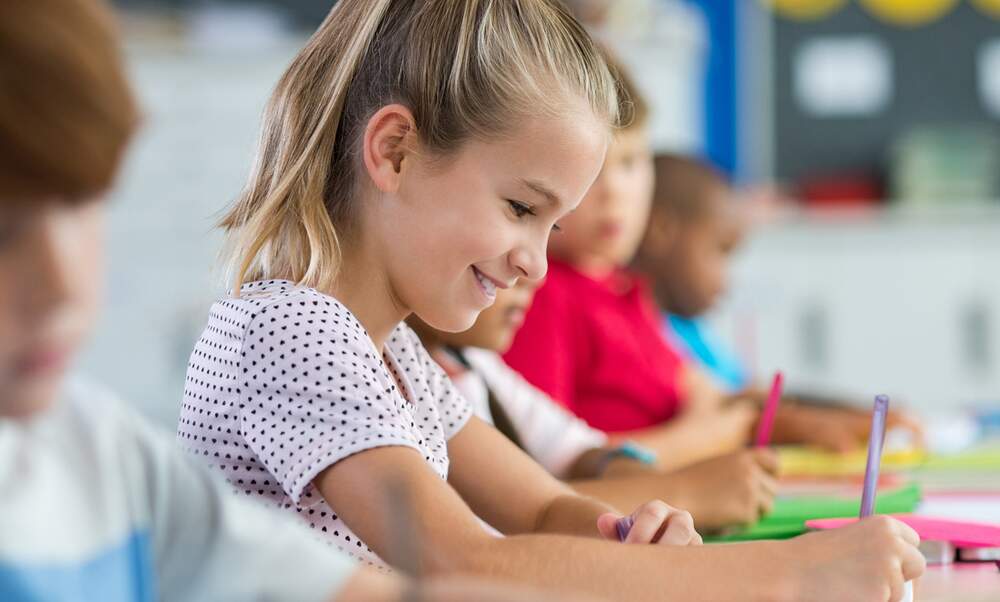 Attending primary and secondary school is compulsory (Schulpflicht) in Germany, from the age of six to 15, although many students continue attending school until age 18 or 19. While the structure of primary education in Germany is very simple, the separation of secondary education into multiple types of schools and qualifications can make it seem confusing to expats.

Simply put, while all schoolchildren in Germany attend similar primary schools, German secondary schools are divided into three separate streams. These three types of German schools (Hauptschulen, Realschulen and Gymnasien) prepare students for vocational training, vocational higher education or university, respectively. There are, however, multiple pathways through the system, meaning that no qualification is necessarily off-limits to anyone.

Note that individual federal states have control over education policy, meaning that there are many regional variations in terms of school types and curriculums. What follows is a generalised overview of the school system in Germany.

Although it is not compulsory for them to attend, by law all children aged between one and five years are entitled to a place at a daycare facility. Despite efforts to increase availability, however, there are still not enough places to keep up with demand. It is worth registering your child as soon as possible to secure a place.

Early years childcare is provided by a mixture of organisations such as churches, welfare associations, local authorities and parent associations. As with all types of schools in Germany, some are publicly-funded, while others will charge fees.

Compulsory schooling starts in Germany on August 1 after a child’s sixth birthday, although it may be possible for your child to start midway through the school year. Primary school in Germany has four grades (six in Berlin and Brandenburg), known as Klassen.

Children attend primary school until the age of 10 or 12 and gradually acquire key competencies including reading, writing and arithmetic. All pupils will also begin to learn a foreign language (usually English or French) in grade 3; in six federal states, this starts at grade 1. Children usually attend their local primary school, although in North-Rhine Westphalia and Schleswig-Holstein parents are free to enrol their child in any primary school.

Upon entering secondary education at age 10 (or 12), students are split into three different streams, which offer different qualifications and pathways to higher education (either academic or vocational). In principle, it is possible to move between streams, so that all students can attain any kind of qualification. Your child’s teacher will advise you as to which stream would be most suitable. In most federal states, however, the final decision rests with the parents.

The Hauptschule provides students with a basic general education, geared towards completing a vocational qualification. Pupils usually attend for five years (grades 5-9) and graduate with a qualification known as the Erster allgemeinbildender Schulabschluss or Hauptschulabschluss, which is needed for admission into upper secondary education and training in either the “dual system” or a Berufsfachschule (see below).

Students also have the opportunity to stay on for an extra year, and receive the Mittlerer Schulabschluss (Realschulabschluss) after grade 10, a slightly more advanced qualification that opens more pathways. Students with high grades at Hauptschule level can take an entrance exam in order to be admitted to a Gymnasium for their upper secondary education (grades 11 to 13).

Covering grades 5 to 12 (13 in some federal states), Gymnasien provide the most intensified general education in Germany. At the age of 18 or 19, pupils sit their Allgemeine Hochschulereife (Abitur or Abi) examination, a qualification that grants them a place at either a university (Universität) or a university of applied science (Fachhochschule). Students with high grades at Hauptschule or Realschule level can be admitted to Gymnasien to complete grades 11-13.

Providing an alternative to the academic instruction given at the upper secondary level in Gymnasien, there are several institutions in the German school system that offer apprenticeships, vocational education and on-the-job training for pupils in grades 10-13:

The “dual system” is a term used to refer to a system of training that lasts two, three or three and a half years, combining vocational education and training. Students divide their time between doing an apprenticeship at a workplace and studying at a vocational school (Berufsschule). Although there are no formal prerequisites for admission, around a quarter of pupils have a Hauptschulabschluss and half have a Realschulabschluss.

At a Berufsfachschule, students are introduced to one or several occupations over the course of one to three years. At the same time, they undertake part-time vocational education and training, which can lead to a qualification in a specific occupation.

The Fachoberschule covers grades 11 and 12 and requires a pupil to have a Realschulabschluss. Students are equipped with general and specialised theoretical and practical knowledge and skills, leading to a qualification called a Fachhochschulreife, which guarantees entrance to all universities of applied science (Fachhochschulen) and to some universities (Universitäten).

Alongside the general education provided at the Gymnasium, this specialised three-year course of education also provides career-orientated instruction. Like regular Gymnasium pupils, students graduate with an Abitur qualification.

Some German states also have Berufsoberschulen, specialised vocational schools which enable anyone with a Realschulabschluss to gain the necessary qualifications to enter higher education.