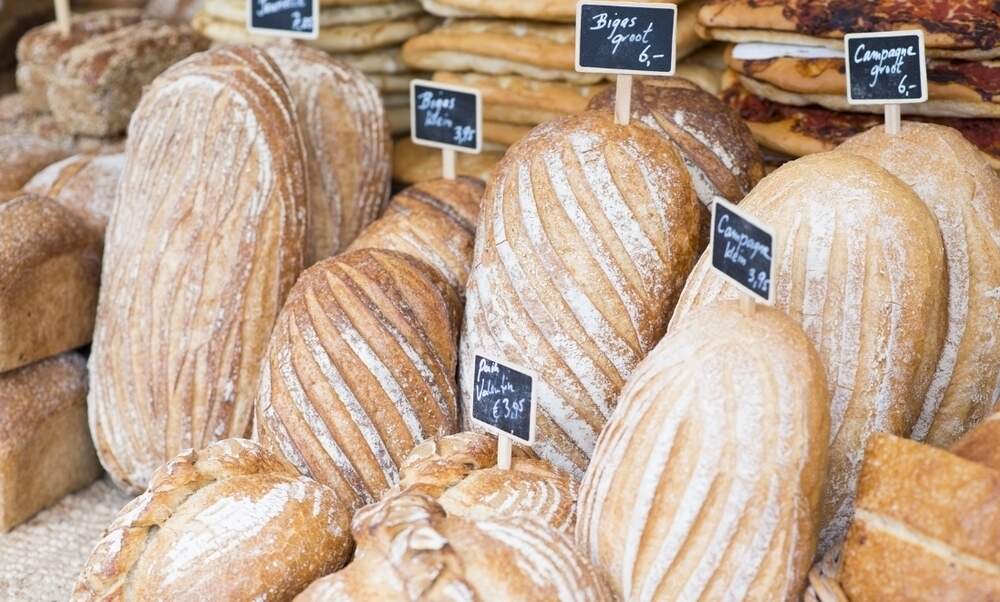 Berlin baker threatened with 25.000 euro fine for writing "KG" instead of "kg"

Berlin baker threatened with 25.000 euro fine for writing "KG" instead of "kg"

This could only happen in Germany: a baker in Berlin has had to change all of the “KGs” on his price list to “kgs" after he was threatened with a 25.000 euro fine. Talk about pernickety.

Would you like a kilogram or a limited partnership?

According to inspectors from the Landesamt für Mess- und Eichwesen Berlin-Brandenburg (State Office for Weights and Measures), baker Karsten Greve’s heinous crime of writing everything on his bakery blackboard in capitals could cause confusion and irritate customers.

The baker, who runs the “100 Brote” shop in Bötzowviertel, at first thought the warning was a joke. But the Landesamt was entirely serious: handing down the threat of a 25.000 euro fine, they told Greve that the capitalised weights could be confused with the measures Kelvin and Gauss. When combined, the capital K and G could easily be mistaken for the abbreviation for a Kommanditgesellschaft business form - you know, precisely what you’d expect to see on the price list in a bakery.

Rather than pay the fine, Greve has conceded and wiped the capital letters from his blackboard. Only lowercase “kgs" from now on, he promises. “The inspectors are right. A correct statement is required by law,” he admits. “But every office has discretion - and which customer seriously thinks that I sell limited partnerships here?”

Bakery’s decorations were not properly calibrated

But the blackboard was not where the inspectors’ nitpicking ended. They also took exception to a vintage set of scales, which Greve displays in his bakery for purely decorative purposes. Upon testing them, it was discovered that - unsurprisingly - they weren’t properly calibrated. The conscientious inspectors therefore duly took note of the scale’s serial number, and a few days later issued Greve with an official warning.

With this, however, they went a step too far. The baker is refusing to remedy the defect and has in defiance set up a second vintage scale - this one even older and even less calibrated and serving no purpose other than looking old and vaguely cute. When the time comes for the next inspection, he’s ready for a fight with the fun police.

Berlin inspectors went above and beyond

Usually, the remit of the State Office for Weight and Measurements is confined to testing measuring instruments in retail and at petrol stations, meters for water, electricity and gas, as well as quality assurance in medical laboratories.

A spokesperson from the Senate Department of Economics, which controls the Office for Weights and Measurements, expressed amazement at the action taken by Greve’s inspectors. They said that this incident, especially the threat of such a hefty fine, was exceedingly unusual. They will be investigating.