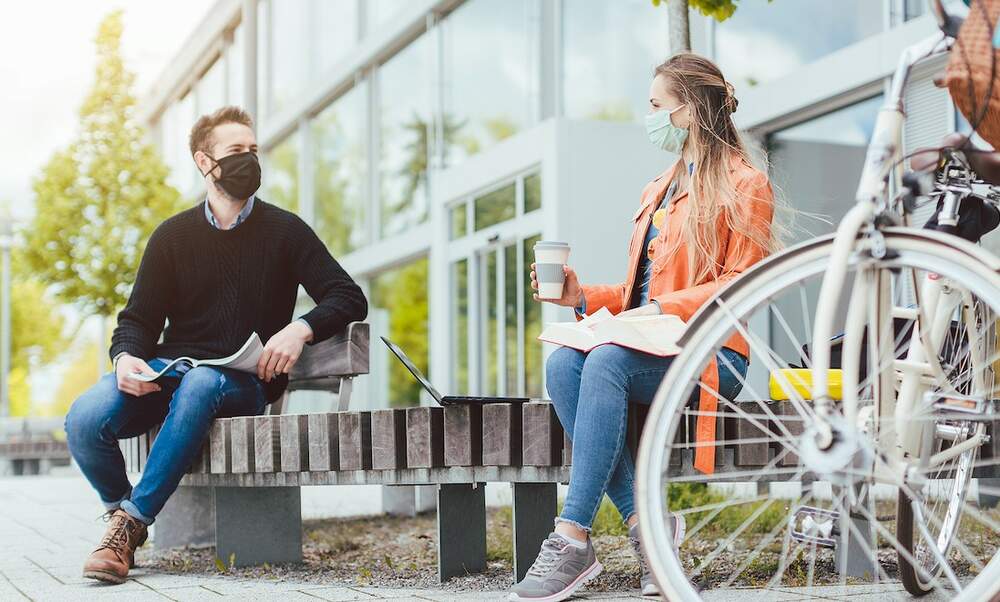 Germany: Over 4.000 coronavirus cases in 24 hours for first time since April

Germany: Over 4.000 coronavirus cases in 24 hours for first time since April

According to official data revealed on Thursday, over 4.000 new coronavirus cases were recorded in 24 hours. Germany hasn’t seen such high numbers since April, when the country was in lockdown.

Coronavirus back on the rise

The latest data compiled by the Robert Koch Institute (RKI) shows that Germany recorded 4.058 new cases of COVID-19, as well as 16 deaths, in 24 hours. The last time the number of daily coronavirus cases was this high was April 11.

The spike in infections has led to the government asking citizens to avoid travelling abroad, as the autumn school holidays are about to begin. Domestic travel is also being restricted, with Germany’s 16 states agreeing on a ban on overnight stays at hotels and apartments for visitors travelling from “risk-zones” within the country.

An area is designated a “risk-zone” when the number of infections exceeds 50 per 100.000 inhabitants for seven days in a row. Four districts in Berlin have recently been designated risk zones, prompting the Berlin Senate to bring an 11 o’clock curfew into force.

The virus continues to spread

Coronavirus cases have also been rising in Frankfurt, the country’s financial capital, and it is close to being designated a risk-zone itself. In fact, coronavirus hotspots have popped up all over the country, with mass infections being traced back to family events and private parties.

The government’s spokesperson, Stephen Seibert, has warned that “there are rapidly increasing numbers, especially in some major German cities… that can no longer be attributed to a single outbreak, but which also gives rise to fears that the virus could diffuse widely.”