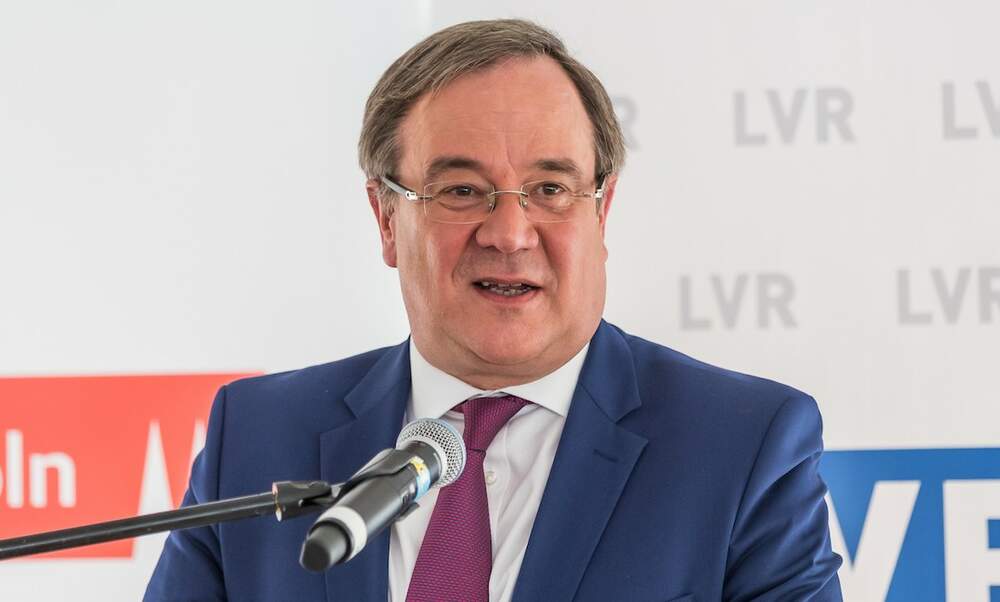 Who is Armin Laschet, the newly elected leader of the CDU?

Who is Armin Laschet, the newly elected leader of the CDU?

Laschet was elected the new chairman of Germany’s Christian Democratic Union (CDU) party via a runoff vote during a digital conference on Saturday - meaning he will take over from Chancellor Angela Merkel to lead the party into the next general election. Here we take a look at the new leader of the largest political party in the Bundestag.

Armin Laschet has been elected the new chairman of Germany’s centre-right Christian Democratic Union, replacing interim party leader Annagret Kramp-Karrenbauer, who resigned back in February 2020 in the wake of the Thuringian election scandal.

A runoff vote was hosted via a digital party conference, with Laschet beating rival candidates Friedrich Merz and Norbert Röttgen. The voting took place over two rounds, with Merz winning the first round of voting, gaining 385 votes to Laschet’s 380 votes and Röttgen’s 224. Laschet won the final round with 521 votes to Merz’s 466.

Laschet addressed his party after the win, promising to ensure their success in the upcoming regional elections and to keep hold of the position of chancellor. He also vowed to follow Merkel’s more moderate centrist path, in opposition to Merz, who had indicated that he would swerve the party more sharply to the right. Laschet instead called for “continuity of success.”

Who is Armin Laschet?

Laschet grew up in a suburb of Aachen, in North-Rhine Westphalia. He studied law, alongside journalism, at the universities of Bonn and Munich. Before his career in politics, Laschet worked as a journalist, holding the position of Bonn correspondent for a Munich-based radio and television broadcaster. He also served as the editor-in-chief of the Catholic newspaper KirchenZeitung Aachen.

Laschet entered politics in 1994 as an elected member of the Bundestag and has since been a Member of the European Parliament and held several state offices for North-Rhine Westphalia, including State Minister for Family, Women and Integration and State Minister for Federal Affairs. He has also served as one of the five deputy chairpersons of the CDU party since 2012 and, since 2017, has held the title of State Premier of North-Rhine Westphalia.

Laschet has developed a reputation for perseverance in politics, having suffered several defeats during his career and subsequently returning to office not long after. This is perhaps best reflected by his loss to Norbert Röttgen for the post of CDU chairman of North-Rhine Westphalia. After just two years, with the party facing significant internal strife, Röttgen resigned and Laschet was duly elected, remaining in office to this day.

Laschet has always been a faithful ally to current Chancellor Angela Merkel and has spoken of continuing her more moderate, centrist approach to politics. He has said he stands for “a level-headed approach and avoiding extremes,” as well as moving towards societal cohesion and the social market economy.

Laschet campaigned for the role of CDU leader with current Health Minister Jens Spahn as his deputy. The pair formed an alliance back in February 2019 and recently joint-published a 10-point manifesto called “#Impulse2021,” in which they position the CDU as a mainstream people’s party, with a left-leaning workers’ wing and a more conservative economics wing.

The duo said that they wanted to “make the 2020s a decade of modernisation for Germany” and will work towards economic dynamism, comprehensive security as well as top educational opportunities. They also spoke of establishing a digital ministry at a federal level, avoiding new burdens on the economy and a crackdown on crime and extremism.

When it comes to foreign policy, Laschet has shown a clear focus on the European Union as well as building on its transatlantic relationships, indicating his intention to cooperate more with the US on climate and trade policy. He also supports more engagement with France and has long-established connections with the political leadership in Paris, having been Germany’s representative for Franco-German cultural relations for the past two years.