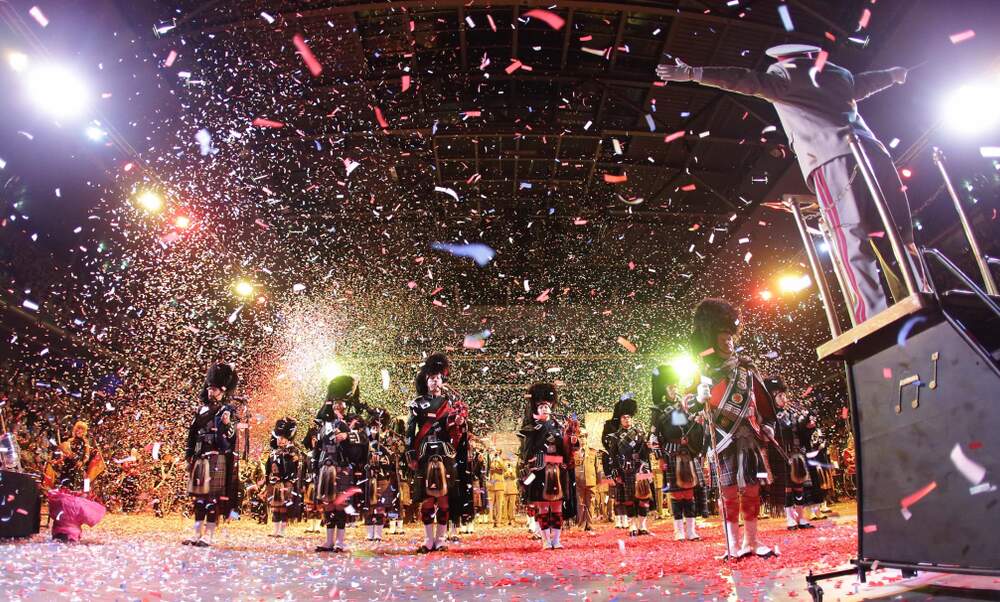 The Berlin Military Tattoo festival is one of the biggest events of its kind in Germany. This huge celebration of international military music sees over 700 artists from ten countries perform live in one of the biggest arenas in Berlin. 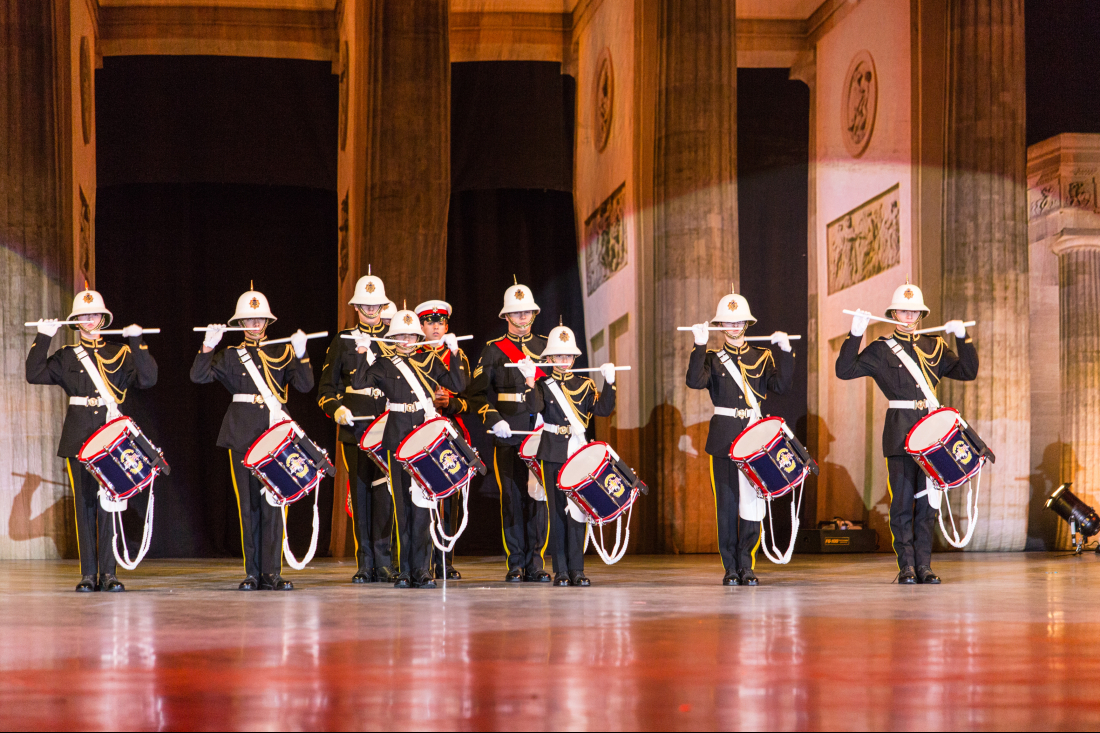 The Greatest Tattoo of Germany in Berlin

Thousands of visitors flock to the Max-Schmeling-Halle arena in Berlin each year to watch military and state representative orchestras, civil formations, music crops and modern-day marching bands from around the world perform at the largest military music show in Germany.

Taking place in front of an impressive replica of one of the most iconic monuments in Germany, the Brandenburg Gate, the military music festival celebrates the unity of nations. The 2019 Berlin Tattoo festival will take place simultaneously with the Fall of the Berlin Wall Festival, making this year’s event even more appropriate. 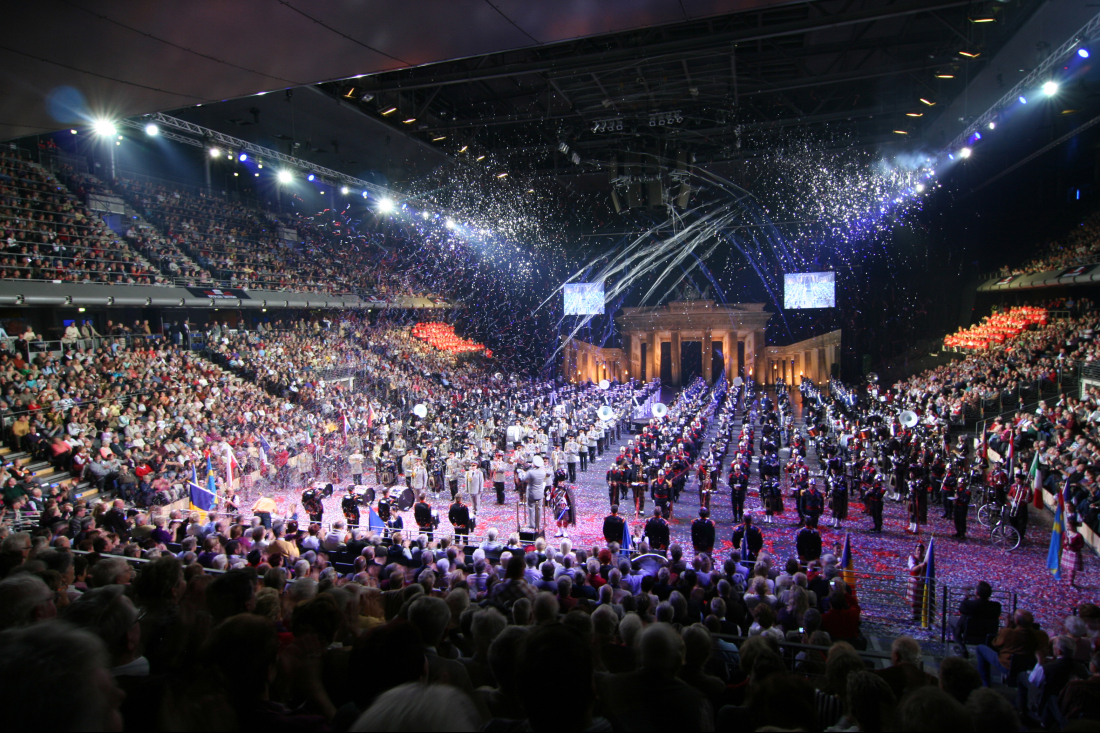 Military music at its finest in Berlin

In addition to some first-class military music, each unique performance also includes surprising show elements, lively choreographies and moves. All musicians and dancers perform in their traditional uniforms and elaborate costumes, adding to the overall spectacle. Plus, the Berlin Tattoo festival features everything from classic marches, to current pop and rock hits and modern brass, suitable for the entire family.

The term tattoo has little to do with getting inked at this event and is a common term for military music festivals. Stemming from the 17th-century Dutch phrase “doe den tap toe”, which means turn off the taps, it was a signal for soldiers on a night out to return to their barracks. 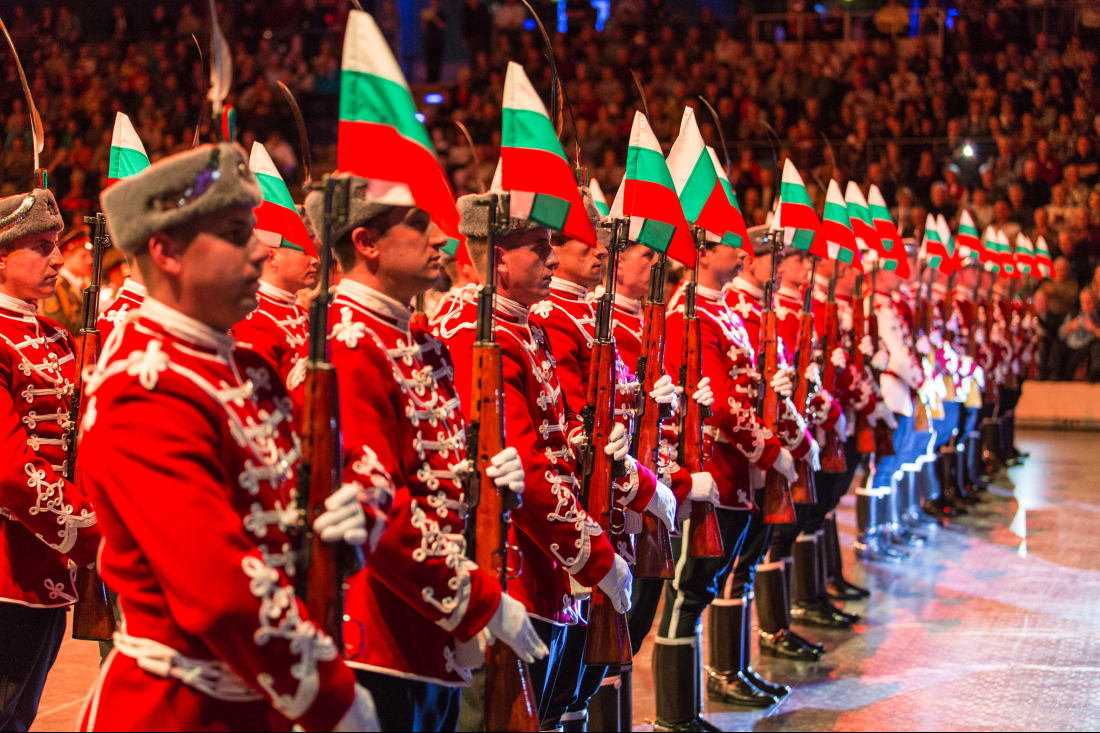 Interested in attending the Berlin Military Tattoo this year? The show does include a break, so if you get hungry you can visit one of the many stands on-site for a traditional German snack or beer.

For all the details and to get your tickets, please visit the official Berlin Tattoo website.