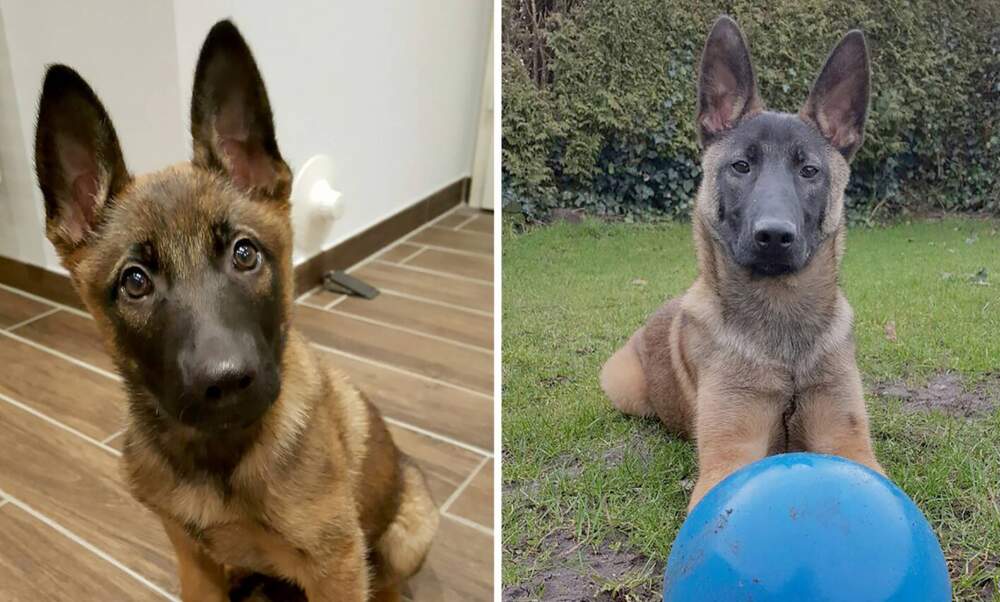 Abandoned Handewitt puppy has a nose for police work

Abandoned Handewitt puppy has a nose for police work

When a small, shivering puppy was discovered abandoned on a cold night in 2016, it was thought that he would make a nice pet for somebody special. Little did anyone realise that he would turn out to have an even more special talent - for police work.

Abandoned as a puppy in Handewitt

On the night of December 4, 2016, a group of police officers were patrolling an industrial estate in Handewitt, near Flensburg, when they made a startling discovery. Trapped between some wooden pallets, they found a tiny Belgian Shepherd puppy. At only 10 weeks old, Jack (as he would soon be christened) had been abandoned by his owner and left out in the cold to die.

Once under the care of the Flensburg police force, however, Jack made a speedy recovery and was soon melting hearts. Indeed, he was taken home that very night by one of the police officers, a former service dog handler who “felt sorry for him”.

However, she hadn’t been taking care of baby Jack for all that long before she realised that he was so much more than a regular family dog: he demonstrated the pronounced play and curiosity instincts that puppies need to become police dogs. So she introduced Jack to Hauke Messer, a fellow service dog handler, who began to train him. Then, when he was around five months old, he was formally accepted into a training programme with the Flensburg police.

Now two years old, Jack has just completed his training and in March passed his exam to become a fully-fledged police dog with his own service number: 1695. As well as protecting his handlers, he is capable of sniffing out and alerting them to criminals by barking and can run fearlessly over wobbly bridges and uneven floors. 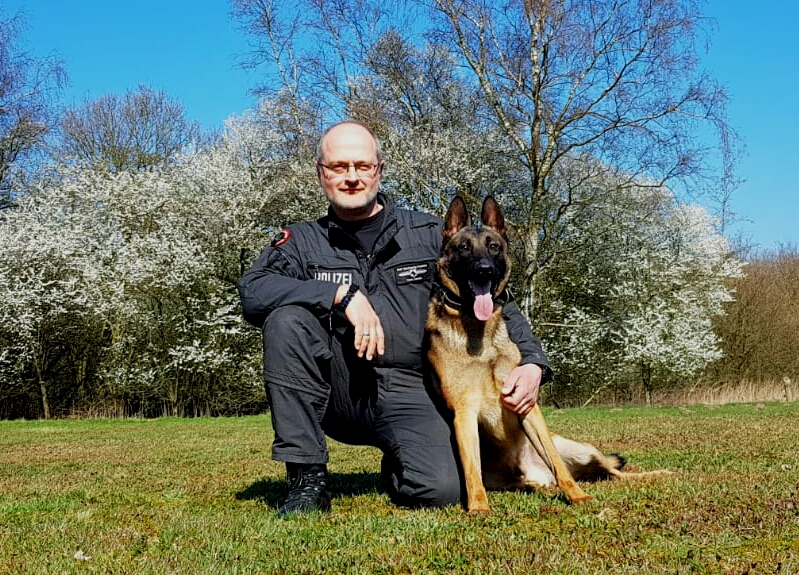 He is now Messer’s constant companion at work, having replaced retired protection dog Simba. Messer hopes that one day he can also work as a sniffer dog as well. When not on duty, Jack sits in a large box in his office at the police station. His thick leather collar lets him know whether he is working or not, meaning that in between shifts he is perfectly comfortable to relax, take a nap and have his belly rubbed by the family who have adopted him.