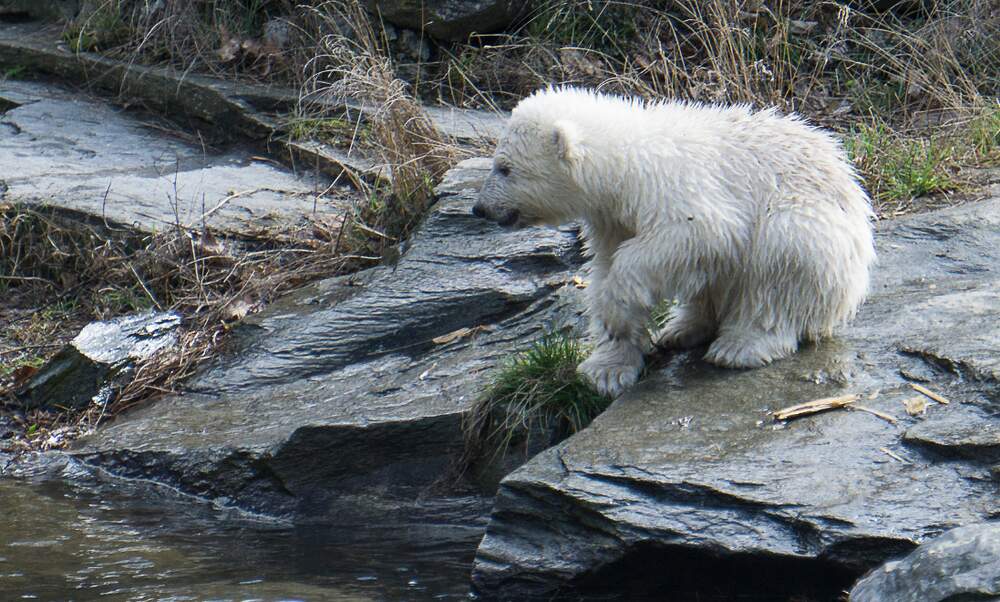 It’s official: Berlin Zoo’s newest arrival, a female baby polar bear, has stolen the nation’s heart. So much so that an absolute storm of visitors are heading to Berlin to catch a glimpse of her.

She only stepped outside of the den on March 15, but already Berlin Zoo’s four-month-old polar bear cub has been receiving record numbers of visitors. According to staff, the zoo has been getting around 42.000 visitors per week, more than double the amount received during the same period last year.

On one sunny Saturday, about a week after the as-yet-unnamed cub’s first appearance with her mother Tonja, 16.500 people visited the zoo. She is reportedly becoming steadier on her feet and has even started playing with her first toy - a red ball!

Baby polar bears are always big news in Berlin, ever since a cub named Knut so spectacularly melted the capital’s heart back in 2006. Rejected by his mother, he was hand-reared by zoo staff and became a major tourist attraction. Famous worldwide, he even appeared on the cover of Vanity Fair and a German stamp.

Tragically, Knut died of a suspected brain tumour in 2011. It was hoped that Fritz, another polar bear cub born in the zoo in 2016, would become Knut’s successor, but sadly he died of hepatitis when he was only four months old.

Very few polar bears make it through the first three months of their lives, and Tonja has lost three cubs over the past three years. Berlin’s zookeepers are said to be ecstatic at the progress made by the new female cub.

No wonder everyone's so smitten! Watch the tiny baby polar bear meet the public in Berlin for the first time: