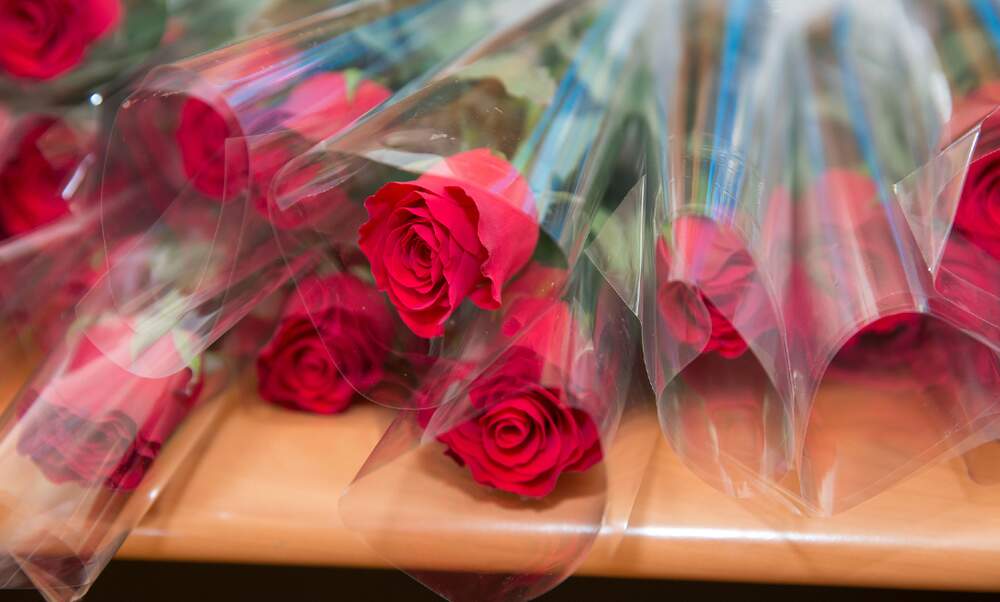 Valentine's Day traditions in Germany and around the world

Valentine's Day traditions in Germany and around the world

No matter whether you love it or loathe it, today is Valentine's Day and that means that people all over the world will be shouting their love from the rooftops, or else finally finding the courage to approach their secret crushes.

Most of us know Valentine's Day as a trend that flew over from America and involves exchanging cards and presents with partners. While the tradition only arrived relatively recently, many countries have managed to make the day their own. So how exactly is the "Day of Love" marked in Germany and other countries around the globe?

Its American roots are perhaps why Valentine's Day is not embraced wholeheartedly in Germany. It is thought to have first arrived in the country in the late 1940s with the American soldiers who were stationed here after the Second World War and is thus often dismissed as an "imported custom" or a "day of commercialism".

Indeed, a 2018 survey by Statista found that just one in two Germans were planning on giving a special something to their loved one on February 14.

Nonetheless, Valentine's Day has gradually grown in popularity over the last few decades, and even sprouted its own gift-giving quirks. Alongside the cards, flowers, chocolates and other romantic paraphernalia commonly seen in other countries, people in Germany like to gift their crushes with symbols of luck and lust.

Valentine’s Day traditions around the world

So, there you have it: Germany has marzipan pigs and gingerbread hearts. How does this compare to the rest of the world? Here are some countries that have managed to add their own flair to February 14.

These days, the Netherlands roughly copies the American example of Valentine’s Day, and it is not a very popular occasion. In attempts to make the date gain popularity around the 70s, it was promoted with a somewhat different identity.

Driven by the need to push flower sales, companies promoted Valentine’s Day as more of a day of friendship. Special appreciation was given to road workers, public transport chauffeurs and politicians, rather than to partners. People were urged to use the day to thank friends and colleagues for their care.

In Japan, Valentine’s Day is a beloved tradition with its own interpretation. On February 14, women give chocolates to men, but not the other way around. Although love is a strong theme in this giving-ceremony, and crushes are definitely approached, male acquaintances such as co-workers or teammates will often be given chocolates as well. These are called giri-choco, or obligation chocolates.

Chocolates given with romantic intent, or honmei-choco, are often more elaborate than the giri-choco, and they can even be hand-made. One month later, on March 14, men can return the favour by giving the girls presents as a thank you for the chocolates. This day is called White Day. It was started by a confectionery company in the hopes to elevate their (white) marshmallow sales.

Korea generally has similar traditions to Japan’s Valentine’s Day, with one interesting addition. One month after White Day, on April 14, is Black Day. On this date, singles who haven’t received any favours in the previous two months get a celebration all to themselves. They go out and eat black bean paste noodles, or just go drinking with their friends.

In Taiwan, it’s mainly the men who do the gift-giving. What's unique about it is the tradition of presenting one’s love with roses, with the colour and number of the flowers having special significance:

Taiwan also celebrates a separate festival of love on July 7, along with China, and they celebrate White Day as well.

Some young South Africans follow an old Roman tradition called Lupercalia, in which they pin the name of the one they fancy on their sleeve, as a declaration of love.

Some theories say that Valentine’s Day originates from France. The story goes that a French duke was imprisoned in London and sent love letters to his wife. This was connected to an old legend of Saint Valentine slipping secret notes to his jailer's daughter.

There used to be a French Valentine’s Day tradition called a love lottery, in which singles were paired up with partners. If the men didn’t like their match they would leave and the jilted women would burn their pictures at a bonfire. This became such a raucous ritual that it is no longer practised.

In the Philippines, city councils often organise mass civil weddings to help disadvantaged couples who may not have the money for a regular ceremony. A popular date for these mass weddings is right before Valentine’s Day. Sometimes, several hundreds of couples can be married at the same time.

In Denmark, lovers celebrate Valentine’s Day by exchanging white flowers that they call "snowdrops". There is a rather creative side to their traditions as well, as there are two kinds of cards a person can give to a loved one.

The first is the Lover’s Card, which is rather like the traditional Valentine’s Day card. The other is the Gaekkebrev, a humorous anonymous love poem that challenges the receiver to guess who sent it. The Gaekkebrev is usually gifted by the men. If the identity of the giver is guessed correctly, the receiver is awarded an Easter egg later that year.

One of the most popular Valentine’s Day gifts in Italy is chocolate-covered hazelnuts wrapped in a romantic quote. These are called Baci Perugina.

An old belief in certain regions of Italy said that the first man a woman saw on Valentine’s Day would be, or resemble, the man she was to marry. This led to the now-abandoned tradition of young Italian girls waking up before dawn so that they could spot their prospective husbands early.

Are you from one of the countries described, and do you have something to add? Or does your home country have an interesting Valentine’s Day tradition of its own? Let us know in the comments below!

Sections of this article originally appeared on IamExpat in the Netherlands.

English and Japanese theatre and culture are my forte. My mother was raised in England, and my grandmother in Japan. I studied Japanese Language and Culture, and Film and Photographic...