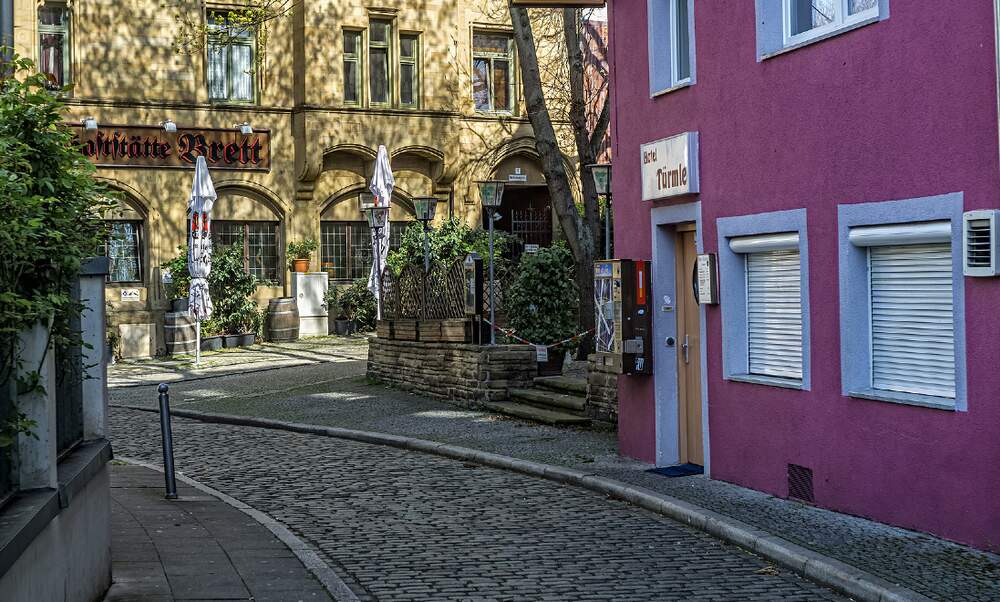 Ahead of the next “coronavirus summit” this Wednesday, Germany’s federal states are calling for an extension of the partial lockdown, which is due to expire at the end of November. In some areas, they are even calling for restrictions to be tightened - with some exceptions over the Christmas period.

In view of the continually high number of new coronavirus infections in Germany, a draft resolution put together by Berlin Mayor Michael Müller, the current head of the state premiers’ conference (MPK), has called for the partial lockdown to be extended until at least December 20.

So far, the proposals have only been agreed among the SPD-led federal states. The so-called B-states, which include the CDU / CSU-led states and Baden-Württemberg, will not submit a separate paper. It is therefore likely that the plans as a whole will be backed, although possibly with some minor changes. Chancellor Angela Merkel will also have input.

Residents of Germany will be asked to continue to avoid unnecessary contact and, wherever possible, to stay at home. To minimise social contact, those who can will also be asked to continue working from home. These measures will apply until December 20. Thereafter, states that have fewer than 35 new infections per 100.000 inhabitants within seven days and show a falling trend for this value will be able to relax contact restrictions.

Elsewhere, if there is no significant nationwide downward trend by December 20, the measures will be extended for 14 days.

From December 1 to January 17, the draft resolution provides for further significant contact restrictions. Private gatherings with friends and family would be limited to the members of two separate households, and a maximum of five people. Children up to the age of 14 would be exempt from this rule.

The draft proposal still contains square brackets when it comes to the topic of Christmas. It seems fairly likely that ministers will agree upon a relaxation of restrictions in the days leading up to the national holiday - but it’s not yet clear exactly what this will look like. The draft proposal states: “Christmas should also be possible in this special year as a celebration with a circle of family and friends, albeit on a smaller scale.”

According to the MPK, the maximum number of participants for gatherings between December 21 and 27 should be extended to include meetings of members from several different households, up to a maximum of five participants. An alternative measure would be to extend this period from December 21 to January 3 and set the restriction at a maximum of 10 people, excluding children up to the age of 14.

Wherever possible, the resolution states, people would be asked to self-isolate at home for several days before and after the holidays - but this is left as an appeal, rather than a rule.

The sale, purchase and lighting of fireworks would be banned around New Year’s Eve, to avoid overburdening emergency services and the healthcare system.

In public transport and in closed rooms that are accessible to the general public - including work and business premises - there would be an obligation to wear a mouth and nose covering. Masks would also be compulsory in open-air spaces where people gather in close proximity.

All higher education institutions would be asked to switch to digital teaching, with exceptions made for laboratory work, internships and exams.

Students from the seventh grade upwards would be asked to wear masks in classrooms in regions that are experiencing high coronavirus infection rates (i.e. more than 50 new infections per 100.000 inhabitants within the last seven days). Schools without any coronavirus cases would be exempted from this rule.

Financial aid for companies affected by the coronavirus restrictions will be extended until December 20. This is expected to cost 15 billion euros in November alone.

New measures to be discussed this Wednesday

The draft proposal will be discussed at the next coronavirus summit, which is scheduled to take place this coming Wednesday. Over the weekend, several prominent German politicians indicated that the public would have to prepare for further contact restrictions.

Angela Merkel said on Sunday that “we are not yet as far as we would have liked to go with the contact restrictions,” while Vice Chancellor Olaf Scholz told Bild am Sonntag, “Everything suggests that the current restrictions must be extended for a while beyond November 30.”