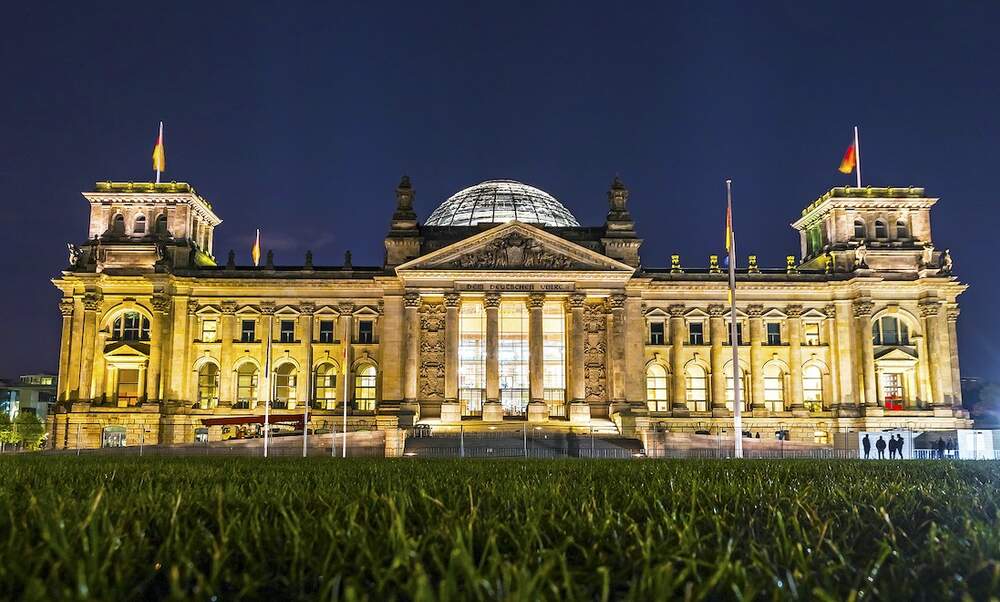 Protestors gather in Berlin and try to storm the Reichstag

Protestors gather in Berlin and try to storm the Reichstag

Around 38.000 people, according to police estimations, gathered in Berlin over the weekend to protest against the current coronavirus rules. Protestors clashed with police and tried to storm Germany’s parliament building.

Despite being initially banned by the government, several demonstrations took place in Berlin over the weekend after a court overturned the decision. Police estimate that around 38.000 people descended on Berlin on Saturday to protest the country’s coronavirus restrictions, such as social distancing and having to wear a mask.

The protestors gathered outside the Reichstag building, several hundred of them managed to break through barriers and a police cordon to reach the entrance of the Reichstag. The protestors did not manage to break into the building as they were stopped by police using pepper spray. Several protestors were arrested.

Around 300 people were arrested while fighting police over the course of the demonstrations. Not just in front of the Reichstag but also outside the Russian embassy, where police were pelted with bottles. In the northern city of Bergisch Gladbach, Health Minister Jens Spahn was spat on while trying to address protestors.

Angela Merkel’s spokesperson, Steffen Seibert, condemned the actions of the protestors at a government press conference in Berlin. “This right to demonstrate peacefully is, of course, a very valuable asset even during a pandemic,” he said. Seibert said that the actions of the protestors were a clear abuse of their right to peaceful demonstration. “The result was disgraceful images at the Reichstag which are unacceptable, anti-democrats trying to make themselves heard on the steps of our democratic parliament," he said.

Some protestors were seen wearing far-right insignias, including those from the Reichsburger (Reich Citizens) movement. In response, Vice-Chancellor, Olaf Scholz said, “Nazi symbols, as well as Reichsbürger and Imperial German flags, have no place in the German Bundestag.” President Frank-Walter Steinmeier labelled the actions of the protestors as “despicable.”