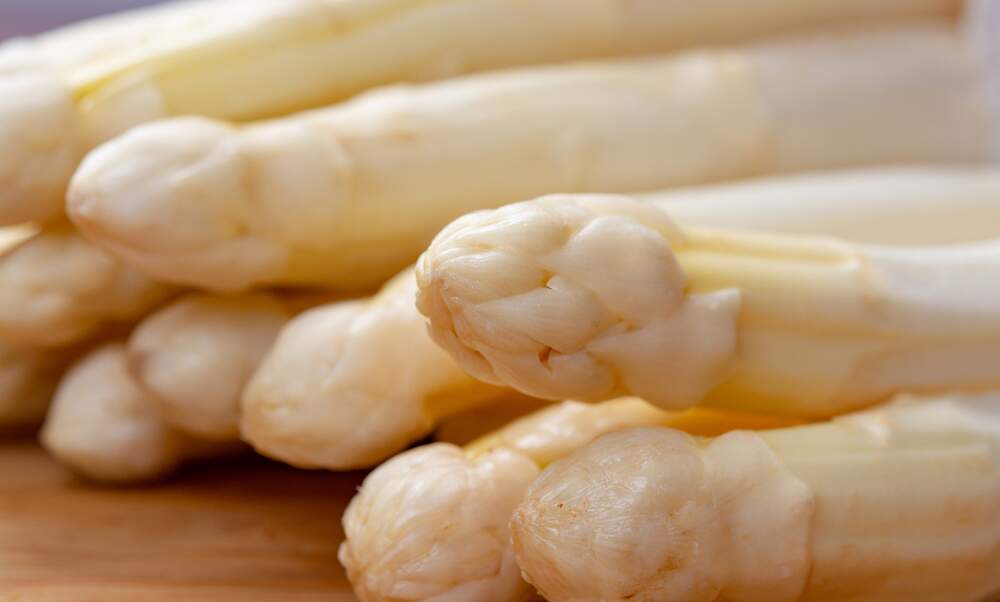 10 facts about Spargelzeit AKA asparagus season

10 facts about Spargelzeit AKA asparagus season

Go anywhere in Germany in April or May and usually it’s impossible to ignore the signs of the asparagus fever gripping the nation as Spargelzeit (asparagus season) arrives. To expats in Germany, all of the pop-up stalls, special utensils and asparagus-only menus can be a little bemusing. So, we’re on hand with 10 facts to help demystify Spargelzeit - and show you just how serious Germans are about their asparagus.

Legend has it that the Romans introduced asparagus to Germany over 2.000 years ago. Just like Germans today, the Romans considered asparagus a delicacy and a potent aphrodisiac (you only need to look at its distinctive shape to understand why). Allegedly, they loved the stuff so much they even used to take baskets of asparagus up into the Alps to be frozen for later use.

Although the start of asparagus season is not strictly defined (it usually falls somewhere around the beginning of April, depending on when the first shoots push through), it always ends abruptly on June 24. The official reason for this is to give the plants time to regenerate, but as all asparagus disappears from the shops after this date, you can’t help wondering if keeping the season short is an ingenious plan to keep asparagus-mania ticking over to next year.

One fifth of Germany’s entire arable land mass is turned over to asparagus production, churning out around 55.000 tonnes each year. Curiously for a nation that buys around 90 percent of its vegetables in supermarkets, 50 percent of asparagus in Germany is bought directly from the growers. Something about the nostalgia surrounding asparagus season (“it tastes like childhood” is one of the vegetable’s oft-cited qualities) seems to inspire a desire to keep things local.

Not content with producing more asparagus than any other country in the EU, Germany even turns to other countries to satiate their appetite. As a country, they eat a whopping 125.000 tonnes each asparagus season. That makes them the second biggest consumers in the world, after Switzerland.

5. White and green asparagus are the same vegetable

The difference in colour is down the the way each variety is grown. While green asparagus is grown the “usual way” (i.e. above the ground), white asparagus matures under piles of earth known as “hillings”. This process inhibits the production of chlorophyll and prevents the spears from turning green. This supposedly makes the asparagus less bitter and more tender.

6. White asparagus has to be peeled

It may have a more delicate flavour, but white asparagus also has a thicker stalk and a tougher skin than green asparagus. To eat it, you need to peel it. Luckily for those of us with delicate hands, any asparagus-seller worth their salt will have an asparagus-peeling machine. The German company Hapro manufactures no fewer than nine different types of these machines.

7. When it comes to eating, simple is best

Traditionally, asparagus is boiled until tender and then served with ham and lashings of butter or hollandaise sauce. It can also be served as an accompaniment to other traditional German dishes such as sausages or Schnitzel. Usually, restaurants in Germany design a special Spargelzeit menu, featuring asparagus served in every possible way.

Up until the 20th century, asparagus was considered a medicinal cure rather than a staple of German cuisine. Nowadays, plenty of Germans continue to wax lyrical about its cleansing effects (all the while mopping it up with buttery hollandaise). It is a proven diuretic and produces a distinctively strong-smelling urine, which seems to be enough to convince most people that it must be doing them some good.

Germans have come up with a whole load of nicknames to express their undying passion for asparagus. These range from the "King of the Vegetables" (königliche Gemüse) or the “noble vegetable” (Edelgemüse) to “edible ivory” (essbare Elfenbein) and “white gold” (Weißes Gold). If you’re learning German, adding these words to your vocabulary is a sure way to ingratiate yourself with the locals.

If you still have any lingering doubts as to how serious Germans are about asparagus, consider the following tradition: many regions crown an annual asparagus queen (Spargelkönigin) to reign over the season’s festivities. In Nienburg in Lower Saxony, the winner is crowned (following a rigorous selection process) in the garden of the Asparagus Museum, near the asparagus fountain, the day after the annual asparagus run. Is that enough asparagus for you?