Currywurst: A short history of Germany's most iconic sausage

Currywurst: A short history of Germany's most iconic sausage

It’s as German as separating rubbish, saying “Mahlzeit” and having far too much insurance: the Currywurst turns 70 this year! But where does this world-famous German dish actually come from? Who came up with the crazy combination of sausage, ketchup and curry powder, and why does everyone like it so much? In honour of Day of the Currywurst on September 4, we dive into the history of this beloved German snack.

Herta Heuwer: Inventor of the Currywurst

As any German worth their salt probably knows, the legend of the Currywurst goes like this: one day in Berlin in 1949, a German woman called Herta Heuwer was looking for a way to liven up her miserable post-war diet. Through some nifty trading with British soldiers, she was able to get her hands on some ketchup and curry powder, which she then mixed with fresh peppers, paprika and some other spices. She poured the whole thing over a fried and sliced boiled sausage and - boom! - the Currywurst was born.

Her sweet, spicy sausages were an instant hit. Pretty soon, they were selling like hotcakes from her tiny street corner stand, for 60 Pfennig a pop (approximately 30 cents in today’s money). Within a few years, she had opened a permanent snack bar on Kantstraße, which remained open well into the 1970s. Although plenty of other vendors tried to copy her, they never got their hands on her original Currywurst recipe. 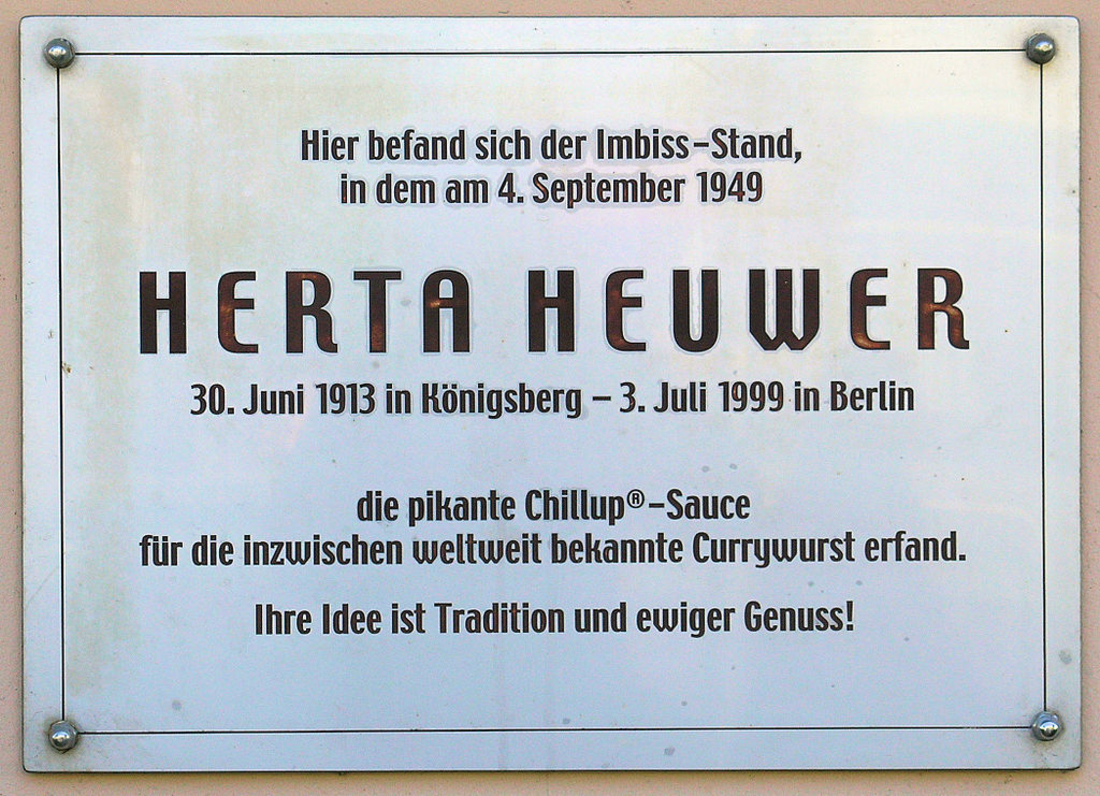 As is the case with most invention stories, however, the origin of the Currywurst is disputed. If Heuwer invented the sauce in Berlin in 1949, then how, you might ask, could a street vendor in Hamburg have been dishing them up several years earlier? In Uwe Timm’s novel “The Invention of Curried Sausage”, a woman called Lena Brücker perfects her Currywurst sauce two years before the idea even popped into Herta Heuwer’s head. A work of fiction, perhaps, but Timm maintains that the novel is grounded in fact: he ate one of Brücker’s sausages in 1947.

The disputes don’t end there. With Berlin in the red corner and Hamburg in the blue, Germany’s Ruhr region has also stepped into the ring with a rival claim to be the home of the Currywurst. According to the founder of one of Germany’s first Currywurst chains, Tim Koch, the snack wouldn’t exist without the arrival of ketchup in the hands of World War II American GIs. And where did they land first? In the Ruhr, of course! To make things clear, once and for all, the area has plans for its own Currywurst museum and a motorway sign reading: “Ruhrgebiet: Heimat der Currywurst”.

As the years pass and the Currywurst remains firmly lodged in the hearts of Germans, no doubt we’ll see a never-ending stream of these rival claims. But they will surely all hit the same big snag: Heuwer patented her Currywurst sauce under the name “Chillup” back in 1959. And that’s a pretty strong piece of evidence that Hamburg and the Ruhr both lack. Even Google agrees that the Currywurst is a true Berlin speciality: Herta Heuwer’s 100th birthday was celebrated by the search engine with a Doodle of the iconic saucy sausage in its typical, fluted cardboard tray.

But even Google cannot categorically say that the Currywurst we know today is a Berlin invention. Heuwer never told a soul (not even her husband!) her secret recipe, so the “true” Currywurst died with her in 1999. Since then, every single sausage vendor in Germany has put their own unique spin on the sauce - some sweeter, some spicier, but all undeniably Currywurst.

So whatever the sausage’s true origins, over the past 70 years it has earned a steadfast place in the whole of Germany’s heart, becoming a diet staple and a cornerstone of cultural identity. One study even found that 80 percent of Germans consider Currywurst a central part of their diet. Germany loves Currywurst so much they’ve dedicated museums, novels and songs to it. This year it even received its own commemorative coin. 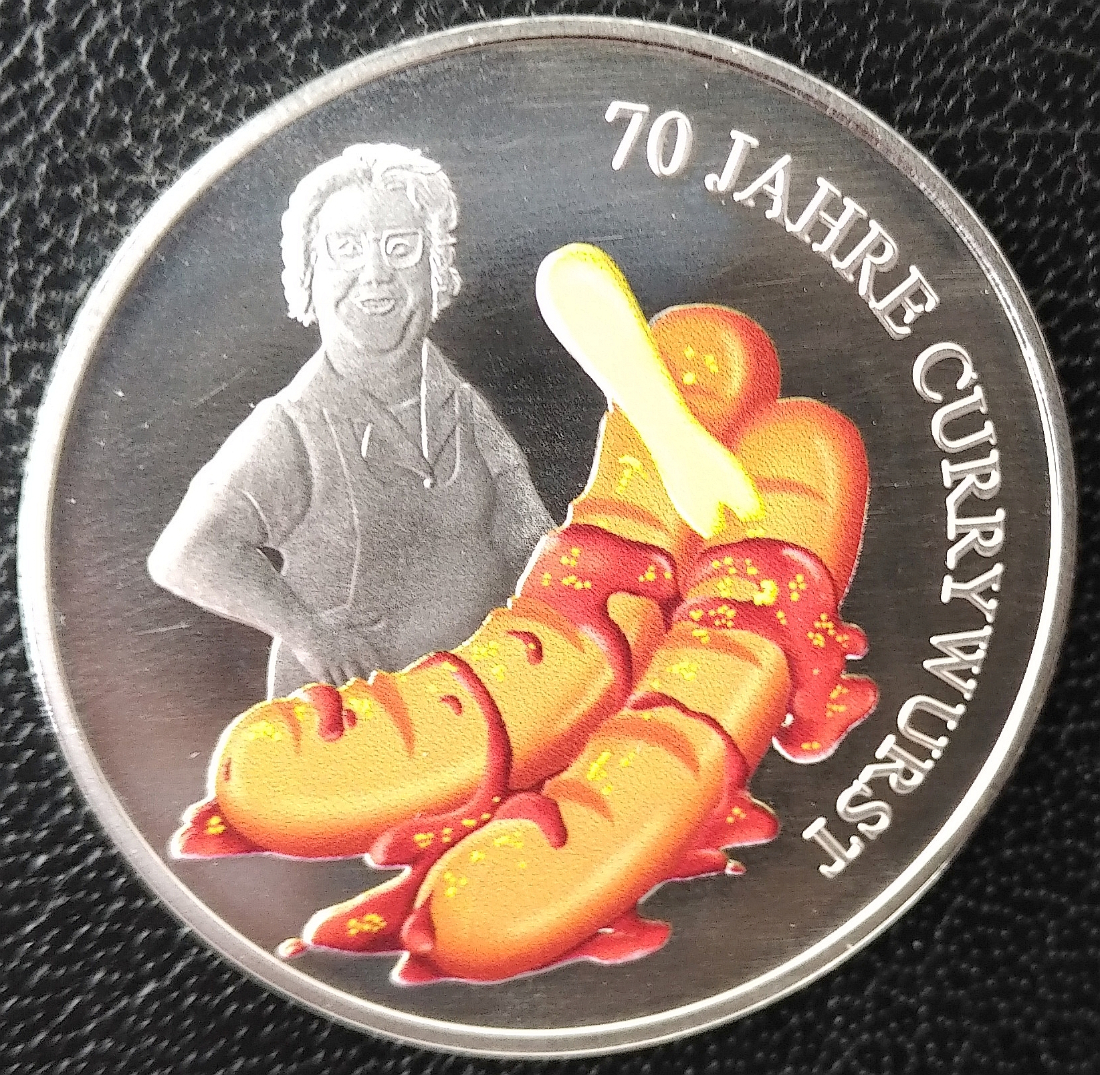 As we wolf down as estimated 800 million Currywurst each year, prospective Berlin mayors jostle for position to be photographed with one of the sauce-drenched saussies at their local stand. A Green party MP once got into a fight over an overpriced Currywurst. The whole nation tutted when president George W. Bush left his sausage largely untouched during a 2002 trip to Germany.