Criss-crossed with smooth, well-maintained bike paths, bursting at the seams with stunning scenery, charming eateries and more UNESCO world heritage sites than you can shake a stick at, Germany is a cyclist’s paradise.

And with summer on its way, there is no better way to explore Germany’s beautiful sights and attractions than getting on your bike and pedalling off into the distance. Here are some beautiful long-distance cycling routes in Germany to get you inspired.

Breathe in the fresh sea air as you pass kilometre upon kilometre of chalk cliffs and beaches of bright white sand, studded the whole way with candy-cane striped beach chairs. The Baltic Sea Coast Cycle Route snakes its way along Germany’s northern coast, taking in the cities of Kiel, Lübeck and Rostock, as well as some popular seaside resorts. 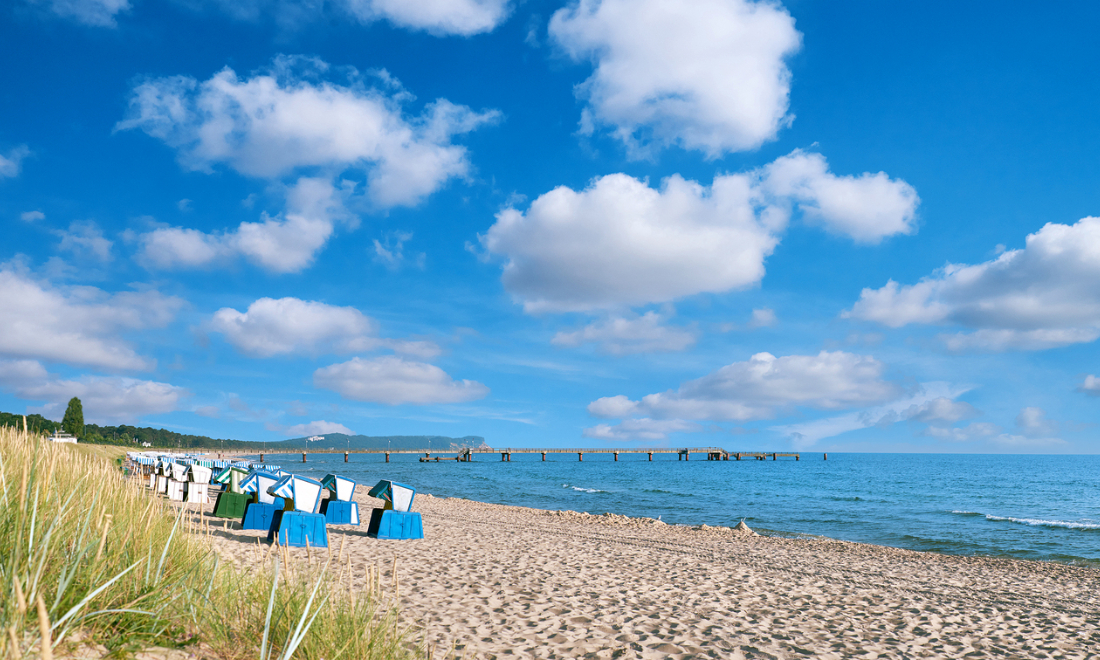 Of course, you don’t have to cycle the full 1.055 kilometres but can instead pick up and leave the path wherever you feel like it. After a hot day’s cycling, the sparklingly clear Baltic Sea beckons.

However far you choose to cycle, there are wine tastings, castle tours and beer gardens a-plenty to break up this 840-kilometre tour of the River Elbe from its source in the Czech mountains to its estuary beyond Hamburg. 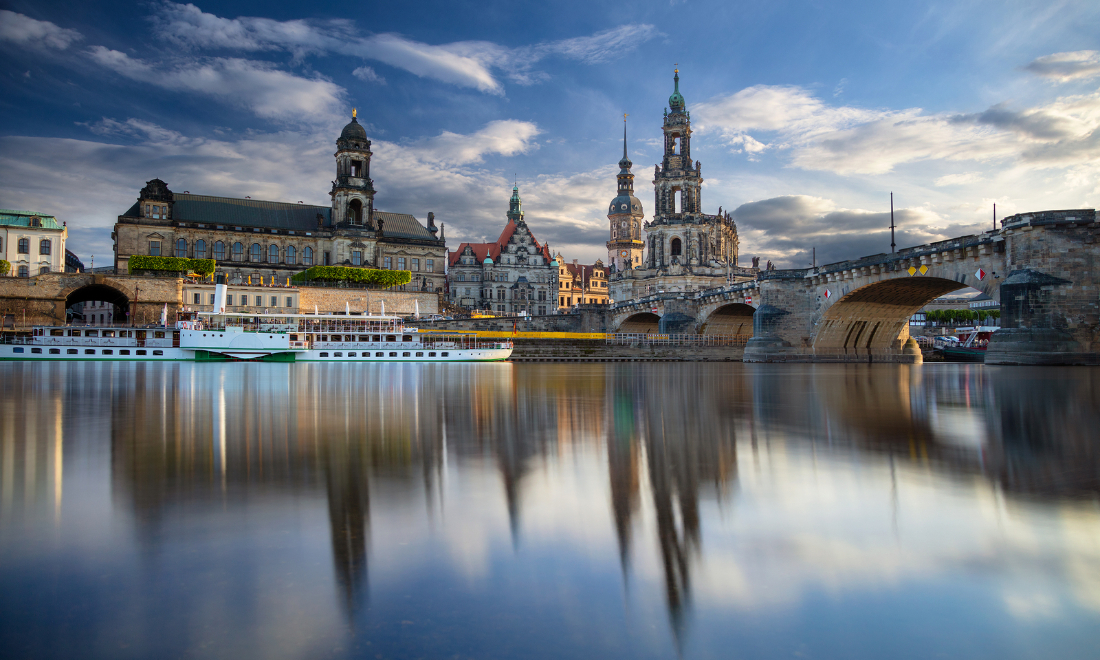 And the best thing about it? From Dresden onwards, the Elbe Cycle Route is practically downhill the whole way. Small wonder, then, that it’s been voted the best cycling route in Germany for 14 years in a row by members of the German Cyclists’ Federation.

While to most the “Iron Curtain” may have been a metaphor to describe the division of Europe into east and west, in Germany it was a physical structure that literally divided the landscape in two. This former border is traced by the Iron Curtain Trail, a mammoth 10.400-kilometre route that stretches from Finland down to Bulgaria.

The German stretch is an eerie yet fascinating dive into history, passing former watchtowers, checkpoints and Point Alpha, the infamous observation post where Soviet and US soldiers used to stage daily stand-offs.

We all know that Germany’s got more than its fair share of castles, and North Rhine-Westphalia seems to be absolutely packed with them! Totalling some 910 kilometres, the four interconnected paths of the 100 Castles Route take in - you guessed it - 100 castles, palaces, manors and farms in the spectacular countryside around the city of Münster. 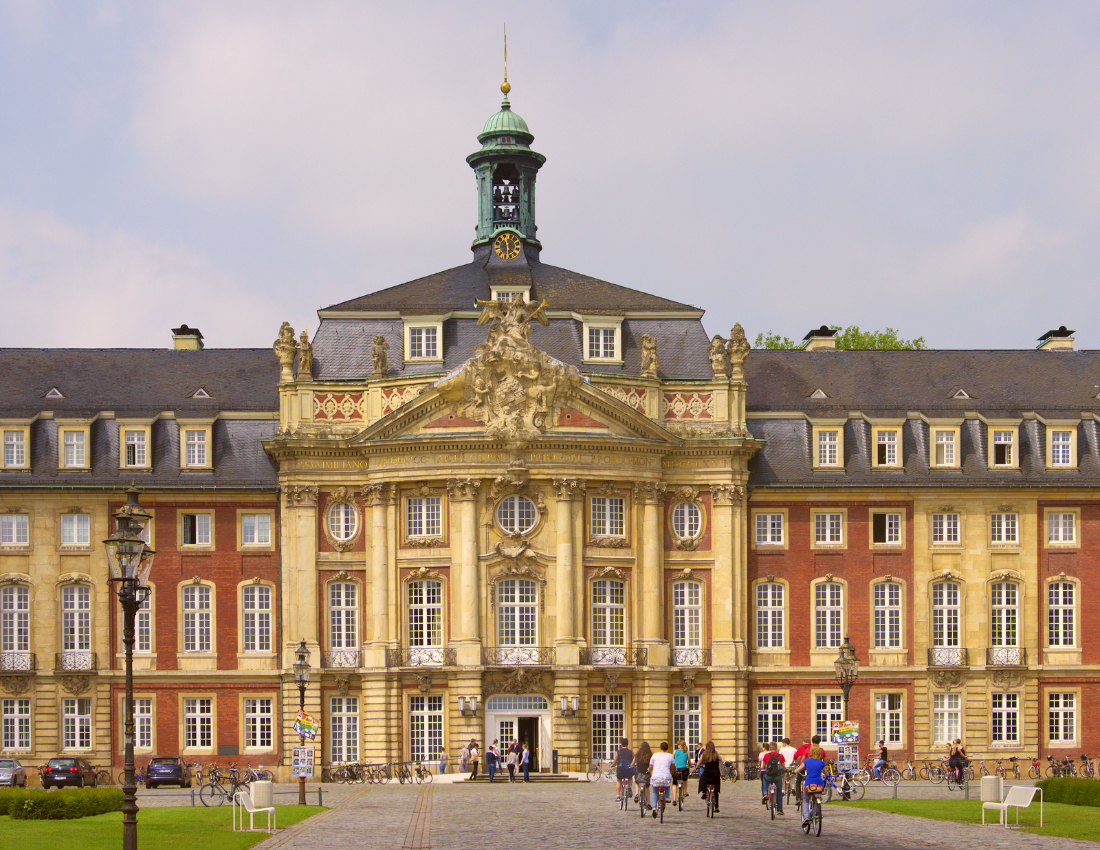 Frolicking through meadows and around country parks, you’ll feel like the star of your very own costume drama. Cycle just a part of the four interconnected routes, or all of them together - the choice is yours!

The 1.233-kilometre Rhine Cycle Route is the best way to explore the fairytale landscape of the Rhine valley, dotted with innumerable castles, palaces and the infamous “murmuring rock” Lorelei. Gliding along smooth bike paths and watching the huge barges drift by, it’s not hard to see why this area was such an inspiration for the likes of Goethe, Hesse and Schuman. 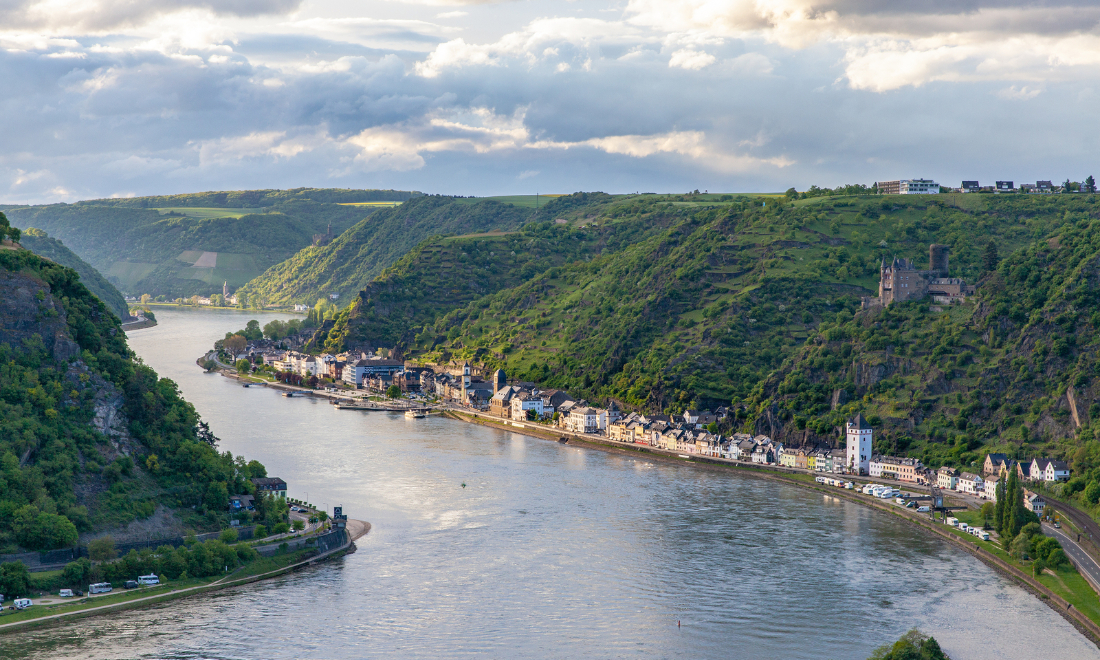 There’s plenty of places to stay for those wanting to enjoy a multi-day cycle, and even the daytrippers won’t be able to resist pulling into one of the many pit stops for a stout German beer and a spot of river-watching.

With multiple steep climbs, the Lake Constance to Königssee Cycle Route is certainly not for the faint-hearted, but your efforts will be paid back in triple as you are rewarded every step of the way with picture-perfect, breathtaking views. 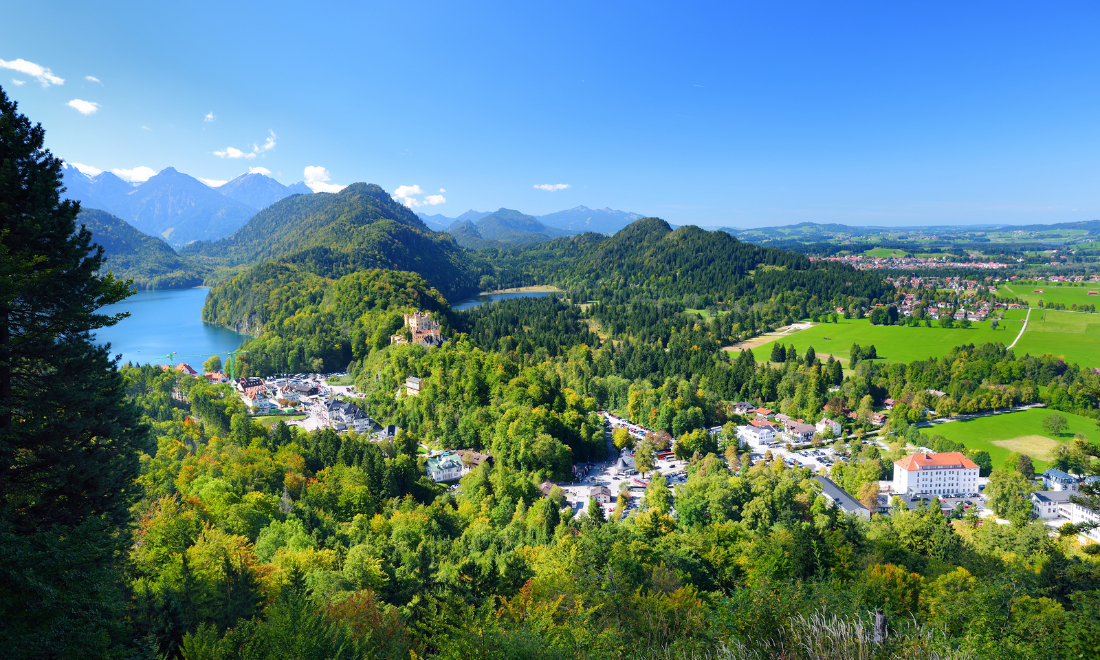 Traverse some exquisite, unspoiled natural beauty as you leave the turquoise blue shores of Lake Constance, pass by Hohenschwangau and Germany’s most famous castle, Schloss Neuschwanstein, before making your final stop in Berchtesgaden National Park and Königssee, surely the most photogenic lake in the whole country.

Get on your bike!

Time to get exploring Germany on two wheels! Have you ever tried one of these routes before? Let us know in the comments below!