What is a national park?

A national park is a protected area for nature in the context of its historical significance. There are 16 national parks in Germany, which were chosen for their representation of German nature and wildlife.

Unique and sometimes surprising flora and fauna are a feature of Germany and are well protected in the national parks. Animals such as the red deer, the wild cat and the lynx have their ideal habitats in many national parks, as do peregrine falcons and cranes, to name a few. Germany is home to a handful of glaciers, as well as many deciduous forests that survived the ice age.

German national parks are defined in Article 24, paragraph 1 of Germany’s Federal Nature Conservation Act as “areas that have been designated in a legally binding manner, that are to be protected in a consistent way”.

The act also defines them as:

Where to find German national parks

Here is a list of national parks in Germany:

The Bavarian Forest National Park (Nationalpark Bayerischer Wald) was the first ever national park in Germany, established in 1970. The Bavarian Forest, along with the neighbouring Bohemian Forest in the Czech Republic, makes up the largest area of forest in central Europe.

There are many mountain peaks, such as the Great Falkenstein, the Lusen and the Great Rachel, each of which is well over 1.300 metres above sea level. There are also raised bogs, bog lakes and high meadows. With over 500 kilometres of marked trails, there are plenty of places where visitors can enjoy hiking, cycling, swimming, snowshoeing, cross-country skiing, tobogganing and climbing.

On the border with Austria, the Berchtesgaden National Park (Nationalpark Berchtesgaden) in Bavaria was founded in 1978 to protect the German Alps. It has been designated as a UNESCO Biosphere Reserve since 1990.

The mountainous area that lies south of the town of Berchtesgaden forms the backdrop of the park, which features a massive lake, the Königssee, at its centre. The park is also home to the Watzmann Glacier, one of the five recognised glaciers in Germany. The entire park covers some 20.804 hectares. 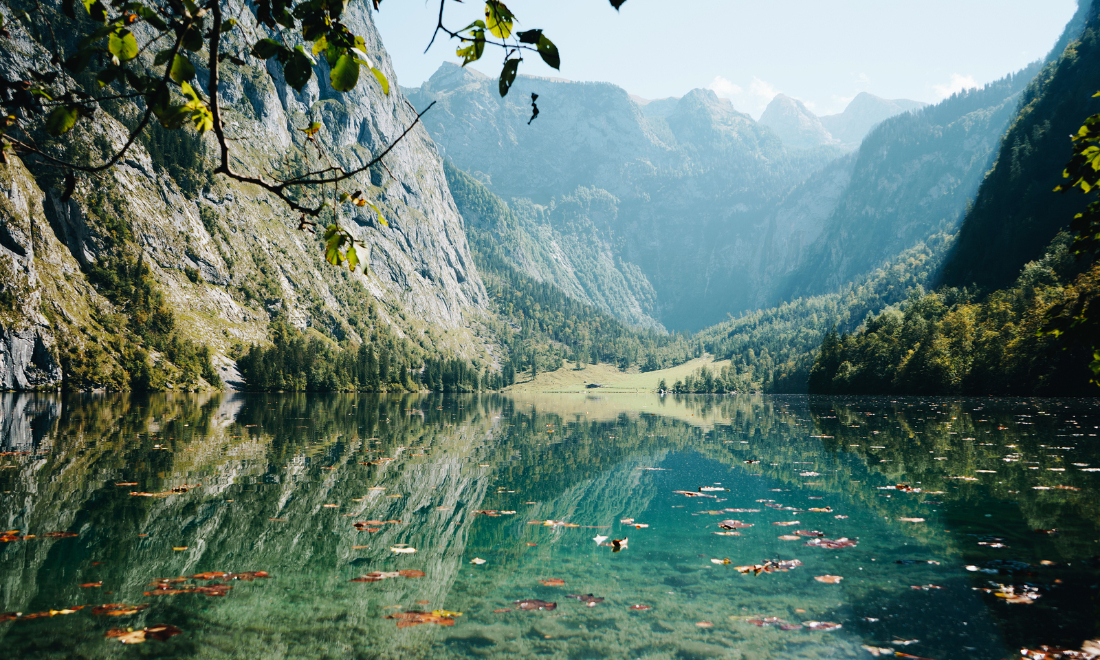 Located in the Northern Black Forest in Baden-Württemberg, the Black Forest National Park (Nationalpark Schwarzwald) encompasses 10.062 hectares. It was officially opened in 2014 after an initially controversial development due to resistance from the timber industry and some local residents and politicians.

It comprises a mixed forest of beech, fir and spruce and is also renowned for its mountains and valleys, cirque lakes and heathland. The mountains are nothing short of spectacular and are very popular with avid hikers: Feldberg Mountain, Belchen Mountain, Hornisgrinde Mountain, Schauinsland Mountain and Kalen Mountain.

As the only national park in the state of North-Rhine Westphalia, Eifel National Park (Nationalpark Eifel) is dominated by forested mountain ranges, dark blue lakes and wide dams. It extends over 10.770 hectares, meeting the Belgian border at its southwest edge.

There is a large living space for wild cats and the park's flowers (which are one its trademarks) include many types of orchid. Ash, chestnut and wild cherry trees are among the most common types of trees found in the park. Around 240 kilometres of paths are open to visitors, many of them cycle trails. 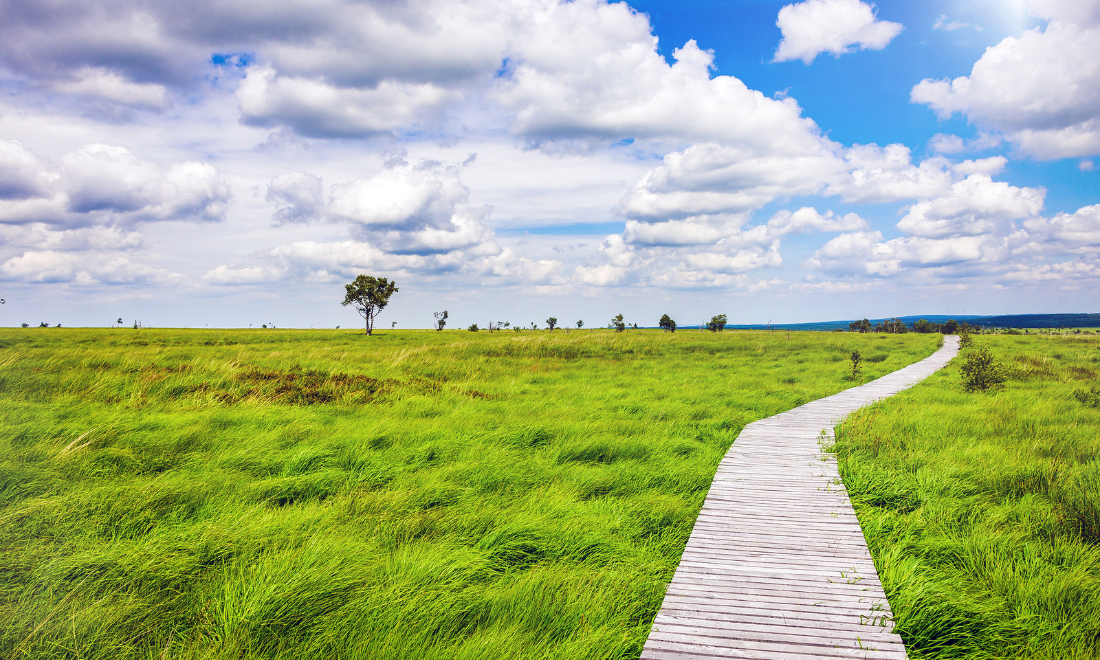 It occupies a triangular area between the German cities of Eisenach, Mühlhausen and Bad Langensalza. The goal of the park is to restore a substantial part of central European forest to its primordial state.

There are about 2.000 species of animal, with the most notable being the common seal and the grey seal, as well as many types of seabird. The park lies about 100 kilometres from Hamburg and includes the islands of Neuwerk, Scharhörn and Nigehörn.

Rare animals of the Harz National Park (Nationalpark Harz) include the European wildcat, the Eurasian lynx, the black stork and the peregrine falcon. The park is located in the states of Lower Saxony and Saxony-Anhalt, in the Harz mountain range, between Herzberg and Bad Lauterberg. 95 percent of Harz national park is covered in forests, mostly Norway spruce, as well as some oak, birch, rowan and beech. At the summit of the Brocken, the land rises to 1.141 metres above sea level. 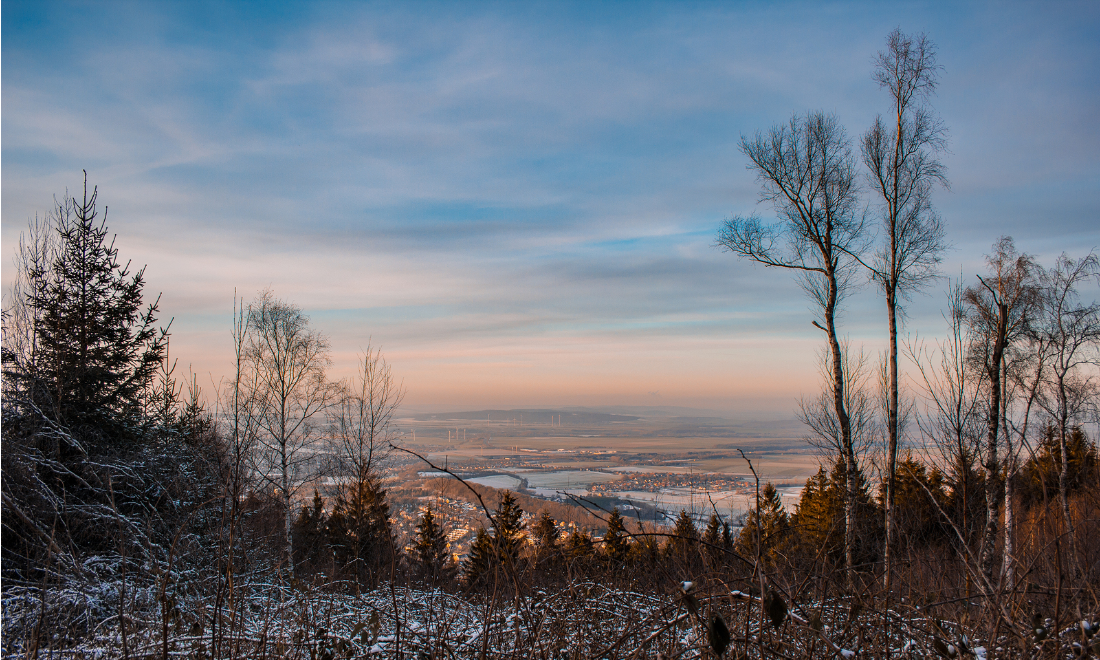 Established in 2015, Hunsrück-Hochwald National Park (Nationalpark Hunsrück-Hochwald) is the newest national park in Germany. It’s located in the federal states of Rhineland-Palatinate and Saarland and consists of roughly 10.230 hectares of forests and fields. There is also a 10-hectare enclosure where visitors can view wild cats and wolves.

There are many well-preserved antiquities from Celtic times, such as the Otzenhausen hill fort. The popular 410-kilometre panoramic trail, the Saar-Hunsrück-Steig trail, is perfect for seasoned hill-walkers.

Jasmund National Park (Nationalpark Jasmund) is the smallest national park in Germany, measuring just 3.070 hectares. Located on the Jasmund peninsula in Mecklenburg-West Pomerania, it is renowned for its striking chalk cliffs, its centrepiece being the Königsstuhl or the King's Chair. These cliffs rise 161 metres above the Baltic Sea.

The beech forests, which lie on top of the cliffs, were declared part of a UNESCO World Heritage Site in 2011. Birds that live in the park include white-tailed eagles, kingfishers, house martins and peregrine falcons. 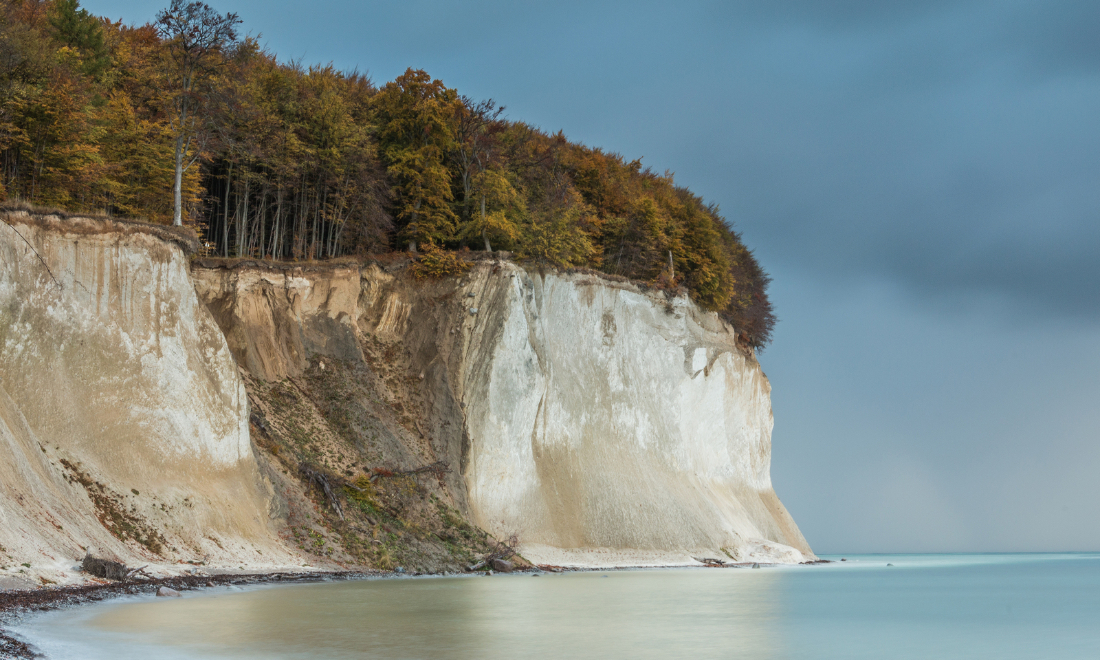 Impressively, this forest survived the Ice Age. Over a total area of 5.738 hectares, it is not dissected by roads or home to any form of settlements. Located in the state of Hesse, the closest major cities are Wiesbaden and Frankfurt am Main.

A nature reserve shared between Germany and Poland, Lower Oder Valley National Park (Nationalpark Unteres Odertal) takes in the western bank of the Oder River in the state of Brandenburg in Germany and the eastern banks of the Gryfino and Police counties of Poland.

The area covers 10.323 hectares, with 10.500 hectares in Germany and 6.000 hectares across the Polish border. As well as sheltering the natural wildlife of the area, the park also protects the nearby residents from floods.

The Lower Saxon Wadden Sea National Park (Nationalpark Niedersächsisches Wattenmeer) contains the East Frisian Islands on the border with the Netherlands in the west and Cuxhaven in the east. The park is divided into three distinct zones, and Zone 3, the recreation zone, which is completely open to visitors, makes up only 0,5 percent of the whole park. 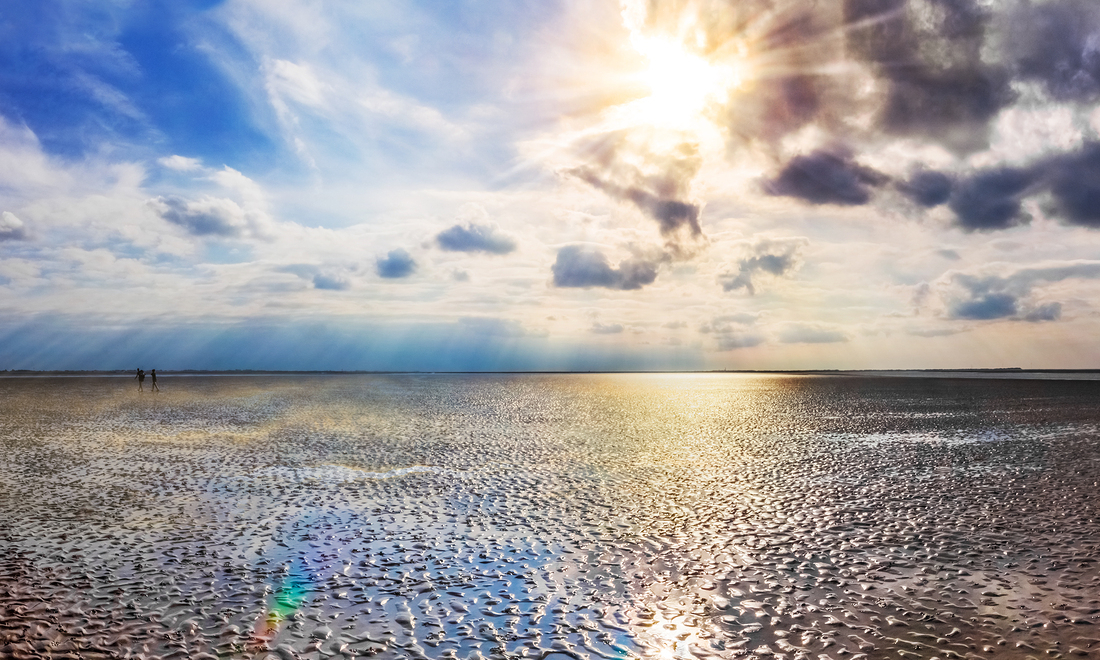 Roughly mid-way between Berlin and Rostock lies the Müritz National Park (Müritz-Nationalpark), in the south of Mecklenburg-West Pomerania, covering an area of 32.200 hectares.

The park is divided into two distinct areas: the larger area, Müritz, extends from the eastern shore of Lake Müritz to the town of Neustrelitz, while the smaller part, known as Serrahn, is situated east of Neustrelitz. Forest accounts for 65 percent of the park and lakes make up 12 percent. The remaining area is swamps and meadows. Red deer, osprey, white-tailed eagle and crane are common in this park.

There are 400 kilometres of hiking paths, almost 50 kilometres of cycle paths and 755 climbing locations. The nearest cities are Dresden and Bad Schandau. The area is marked by a rocky canyon landscape. 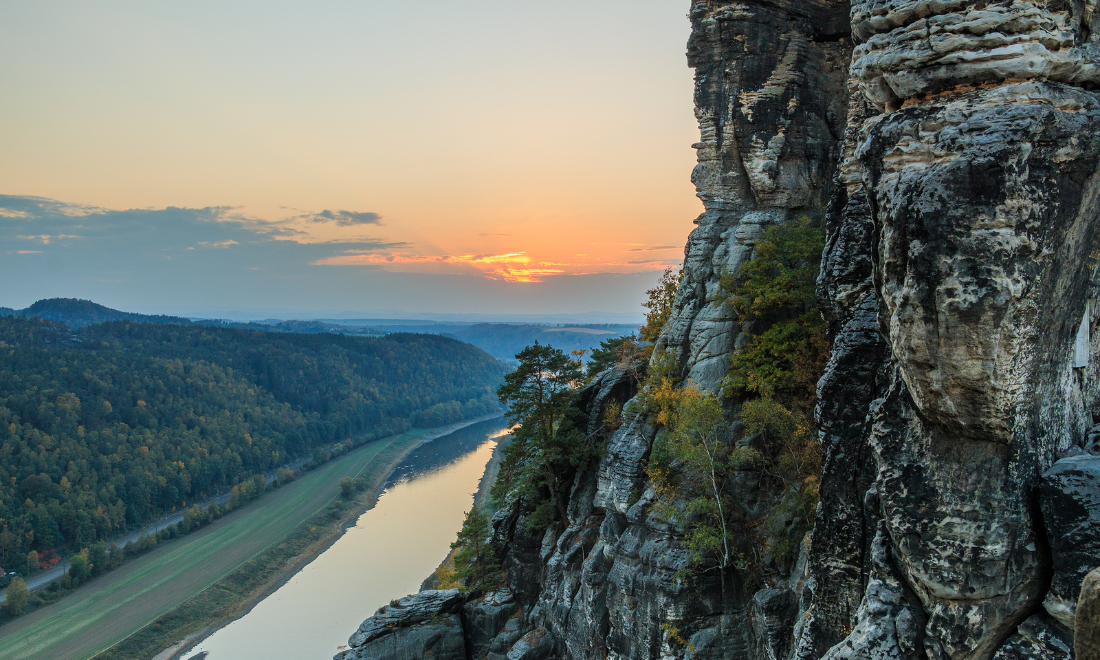 In its North Frisian area, it contains salt marshes and mudflats with exceptionally large sandbanks. Notable flora and fauna include the porpoise, the shelduck and eelgrass. Together with the other German and Dutch Wadden Sea national parks, it is a UNESCO biosphere reserve and the largest area of unbroken mudflats in the whole world. At 441.500 hectares, it is by far the largest German national park.

Situated on the Baltic Sea coast, the Western Pomerania Lagoon Area National Park (Nationalpark Vorpommersche Boddenlandschaft) consists of peninsulas, islands and lagoon shore areas. One of the most notable characteristics of the area is the very shallow water, in which a remarkably unique coastal fauna can exist. There are thousands of birds such as cranes and geese, and Baltic Herring come to spawn in the shallow bays. As well as forested areas such as Darss Forest, there are also treeless bogs.

This video gives you a snapshot of what the German national parks are like: