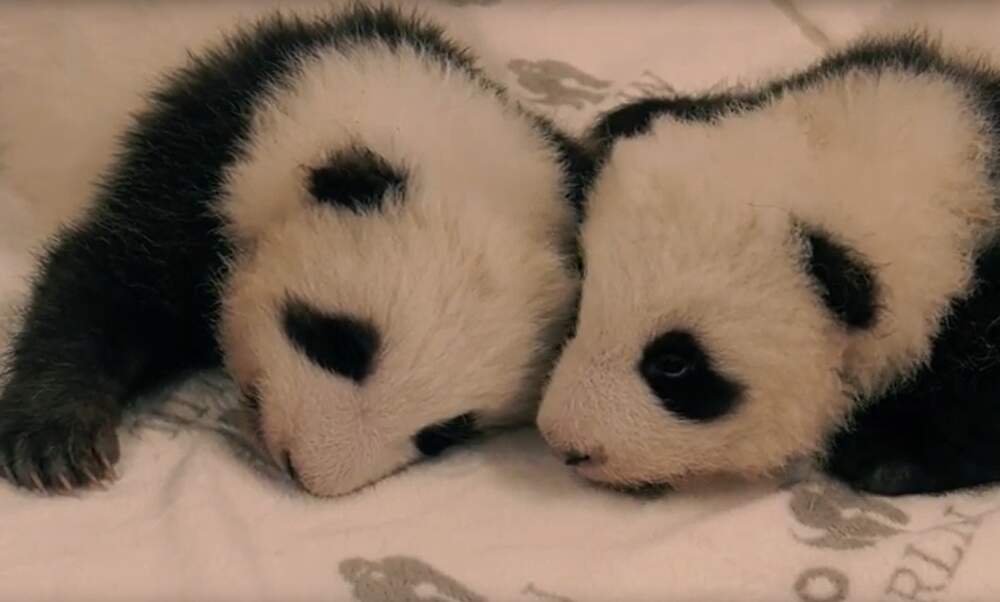 The wait is over! In keeping with the Chinese tradition, the names of Berlin Zoo’s twin baby pandas have just been announced, 100 days after the birth.

The naming process attracted controversy after the names “Hong” and “Kong” topped a newspaper poll as the public’s names of choice, in support of the ongoing protests in Hong Kong.

All of Berlin’s pandas are on loan from China, as part of the country’s so-called “panda diplomacy” programme. Each adult panda costs the zoo around 900.000 euros per year, money which is then reinvested into China’s successful panda breeding programme.

The twin babies, both male, were born in the zoo in Berlin on August 31, weighing just 186 and 136 grams, the first panda cubs to be born in Germany. As is normal, they were born blind, with very little hair, but they have now put on nearly six kilograms each and are slowly getting the hang of walking.

They are the first panda cubs to be born in Germany and will be introduced to the public from the beginning of next year, once they’ve mastered the art of using their legs.