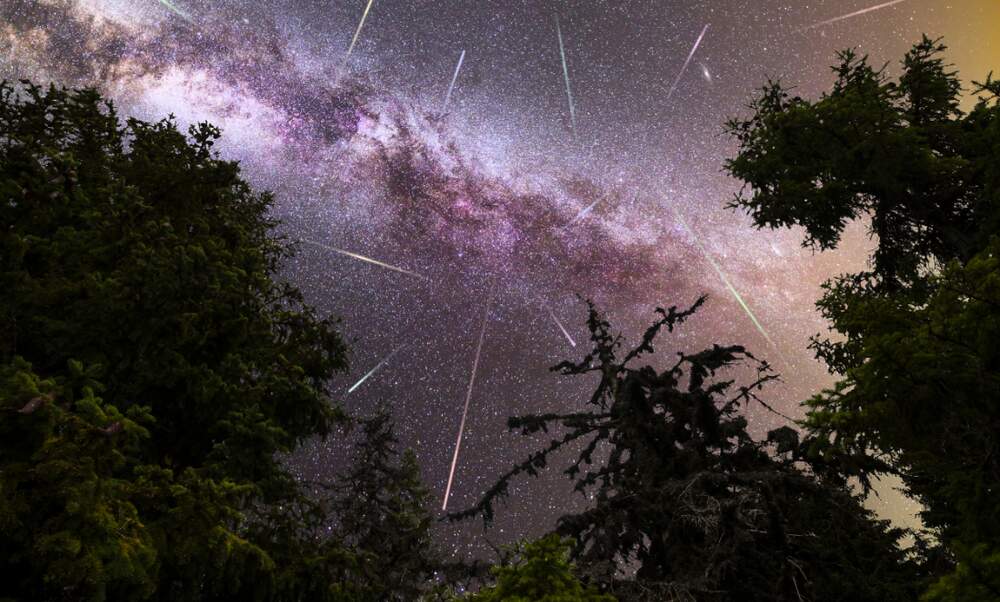 Catch the best & brightest meteor shower of the year in Germany

Catch the best & brightest meteor shower of the year in Germany

Stargazers get your telescopes ready! If the skies are clear, you will be able to get more than a glimpse of the best meteor shower of the year. So, get your wishes ready, as you may spot more than 60 shooting stars an hour!

Catch the Perseid Meteor shower at its peak

Every August, the Swift-Tuttle comet lights up the night sky as it passes the Earth. Itty-bitty sand and bean-sized bits of debris are left in its wake atmosphere and hit ours at 212.000 kilometres per hour, turning into beautiful streaks of fire. Known as the Perseid meteor shower, this spectacular, natural phenomena has been dubbed by NASA as the “fireball champion.”

The Perseid meteors usually begin appearing from mid-July and remain active through August. But this year the peak of the meteor shower will fall between Monday, August 12 and Tuesday, August 13.

However, as this also coincides with a beautiful, nearly full moon, the best night to catch a few shooting stars is just before the peak, Sunday, August 11. Lucky for us, people in the Northern Hemisphere will have the best views of the shower.

If the German weather behaves itself, you may be able to see anything from 50 to 100 meteors per hour across the sky. As shooting stars are best observed with the naked eye, in a dark place with a free horizon view, we recommend heading outside the urban jungles. National parks and nature reserves will most likely be the darkest places and therefore the best place to view the meteor shower.

The best time to spot the shooting stars is between 2 am and 4 am on Monday morning when the sky is at its darkest. Remember to check your local weather forecast ahead of time to ensure it's clear skies.

When looking for a spot to stargaze, try and find an open area with as little light pollution as possible. Be sure to wait at least 15 minutes for your eyes to adjust to the darkness as well. This way you can spot even more shooting stars.

If you do get the chance, we suggest you head on over Gülpe in the Westhavelland Nature Park, said to be the darkest place in Germany, for the most optimal stargazing.