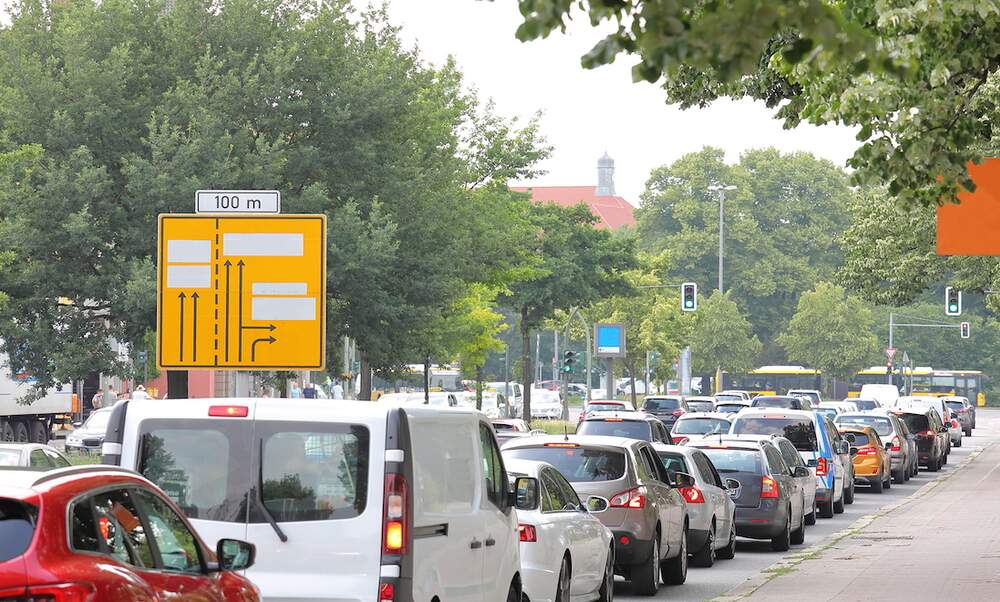 A new analysis of traffic patterns by TomTom has shown that the amount of time motorists sit in traffic jams has increased over the past year. The increase is traffic is due to the growing population in cities as well as an influx of commuters.

The TomTom Traffic Index 2019 ranks 416 cities from 57 different countries based on their level of urban congestion. TomTom collects its data from its community of over 600 million drivers, who use its services in navigation devices, in-dash systems and smartphones.

Stuttgart, Bonn, Kassel, Bremen and Frankfurt am Main round off the top ten cities in Germany with the highest congestion. Bremen is one of three German cities that saw a drop in congestion levels, the others being Dresden and Hannover. The biggest reduction in congestion levels was in Bremen, with a 3 percent drop. Wuppertal (17 percent) is Germany’s least congested city.

Traffic patterns can provide valuable information about commuter behaviour. The pronounced congestion peaks in the mornings and evenings show us that an excessive number of commuters still choose to drive into work, despite many different options for public transport.

The topmost congested cities in the world are Bengaluru (71 percent), Manila (71 percent), Bogota (68 percent), Mumbai (65 percent) and Pune (59 percent). By international comparison, German cities do not experience significantly high levels of congestion. Moscow (59 percent) leads the way in Europe for traffic pollution, followed by Istanbul, Kiev and Bucharest. Abu Dhabi, UAE, was the least congested capital in the world.