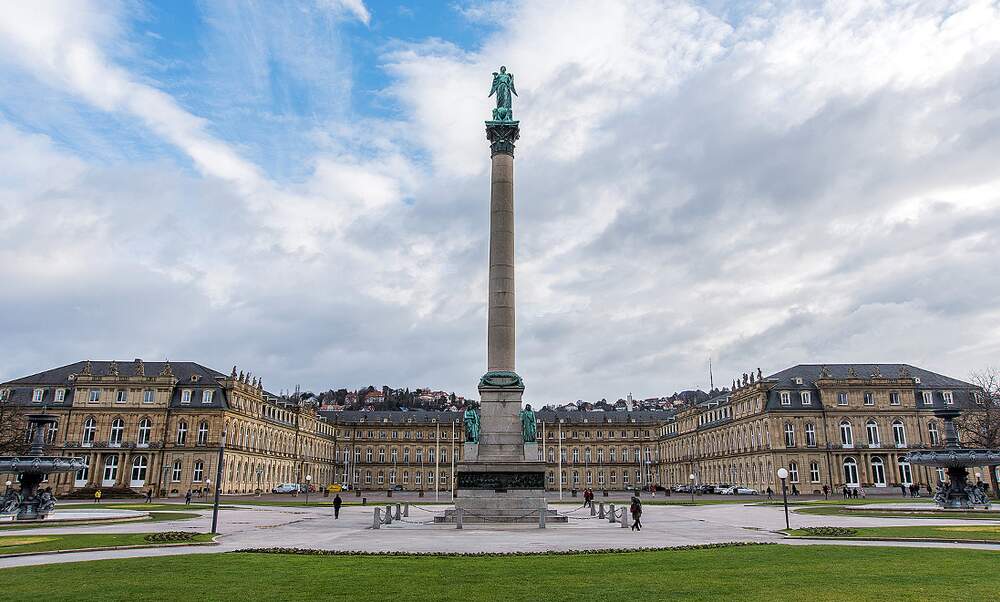 Living in or visiting Stuttgart? Our guide for expats, visitors and students has all the information and links you need.

The city of Stuttgart is the state capital of Baden-Württemberg and the sixth largest city in Germany (in the south, Munich and Frankfurt are both more populous). Despite its relatively rural location, surrounded by valleys and rivers, forests, hills and vineyards, the city is commonly regarded as the car manufacturing centre of Germany. Both Porsche and Mercedes-Benz have their headquarters in the city.

Stuttgarters have the reputation in Germany of being superficial, snappily-dressed businessmen who like speeding down the Autobahn and dining in fancy restaurants. Granted, there might be an above average number of flashy cars, but in reality Stuttgarters are down-to-earth people who are just as happy taking country walks and relaxing in cosy bars.

A short history of Stuttgart

The fertile soil of the area surrounding Stuttgart means that the valley has been populated since prehistoric times. As early as the 1st century AD there was a Roman fort here which sought to protect the region’s villas and vineyards. Stuttgart itself, however, originated in a “Stuotgarten” (stud farm) that was established in 950 AD by Duke Liudolf of Swabia.

After a series of competing territorial claims, in 1320 Stuttgart became the official residence of the counts of Württemberg. While a developing wine industry helped fuel the city’s expansion, the devastating impact of the Thirty Years’ War plunged Stuttgart into a protracted decline, from which it did not recover until the beginning of the industrial revolution.

“Cradle of the automobile”

In the late 19th century, a man named Karl Benz fundamentally altered the future of Stuttgart, designing a “horseless carriage” that could power itself. The world automotive industry was thus kickstarted in Stuttgart and continued to be a key component of its economy: shortly thereafter, Gottlieb Daimler and Robert Bosch both opened their automobile workshops. The first prototypes of the Volkswagen Beetle - Adolf Hitler’s “people’s car” - were also manufactured in the city.

After the war, the victims of World War Two aerial raids in Stuttgart were commemorated by building the Birkenkopf hill entirely out of rubble from the destroyed city. Rather than focusing on reconstruction, mayor Arnulf Klett elected to demolish ruins and undamaged buildings alike and rebuild the city centre from scratch. As in Berlin, economic recovery was fuelled by the arrival of numerous economic migrants, so much so that today around 40 percent of Stuttgart’s residents have a migration background.

Stuttgart was the backdrop for several momentous events in the 1970s and 1980s, including the trial of Rote Armee Fraktion members, who subsequently committed suicide in prison, and the signing of the “Solemn Declaration on European Union in 1983”, which would eventually lead to the formation of the Single Market. Into the twenty-first century, Stuttgart has maintained its reputation as a global centre for industry, commerce and tourism.

What to do in Stuttgart: Sights & Activities

The following sites in Stuttgart all deserve a place on your must-see list:

Escape the tourists with a stroll through the Bohnenviertel, a lesser-known neighbourhood that is one of the few remaining relics of historic Stuttgart. Browse through little shops specialising in second-hand books, antiques, jewellery and crafts, or simply sit in one of the cafes for a spot of people-watching.

When in Rome… You can’t visit the capital of cars without paying homage to its greatest invention. Museums dedicated to Mercedes-Benz and Porsche are heaven on earth for car-lovers, guiding you through the history of these two eponymous manufacturers. The Porsche museum also offers factory tours.

Visit the world’s most photogenic library

Although a relatively unremarkable grey cube from the outside, the minimalist, clean white lines of the interior must make Stuttgart’s city library one of the most beautiful in the world. Would-be-borrowers beware: you will come up against Germany’s infamous bureaucracy. The amount of paperwork required to simply secure a library card is dumbfounding.

Get piggy at the Schweinemuseum

What do you do with the city’s former slaughterhouse? You convert it into the world’s biggest pig museum, of course! This piggy attraction is nothing short of bonkers, covering everything from wild boar hunting to pig worship. Naturally, they serve schnitzel, suckling pig and pork knuckles in the adjacent restaurant.

Take in some castles

One of the best things about Stuttgart is that it is within easy reach of no fewer than 38 historic castles and palaces. Nestled into the beautiful hills and valleys surrounding Stuttgart, the neoclassical Schloss Solitude, sprawling Ludwigsburg Palace, and fairytale Teck Castle are all fabulous day-trip excursions.

Be sure not to miss any of the following annual events in Stuttgart:

Attracting around 1,5 million visitors every year, Stuttgart’s Frühlingsfest (Spring Festival) takes place from mid-April to May in the Cannstatter Wasen fairgrounds. Entertainment is provided in the form of confectionery stands, fairground rides and sideshows. Of course, there is plenty of German beer and beer tents as well.

Calling all medieval history enthusiasts! The yearly Knights Tournament in June pays homage to bygone times with a spectacular programme of jousting tournaments, acrobatics, music and fire shows. Reenactments provide insight into daily life in the Middle Ages, with demonstrations of forging, weaving, instrument-making and carving. There is also a market where craftsmen and traders sell handmade produce.

Every July, around 40.000 visitors attend the summer Lichterfest for a day of music concerts, food stalls and rides. At night, Höhenpark Killesberg is lit up by hundreds of breathtaking light displays, featuring an enchanted forest and mythical creatures. The event is capped off with a dazzling fireworks display.

Why travel all the way to Hamburg when it comes to Stuttgart every July as part of the Hamburger Fischmarkt festival?  Experience 10 days of seaside living with fresh fish, bands and beer from Hamburg.

Every September, Stuttgart celebrates its long history of winemaking with the Stuttgarter Weindorf wine festival. The 12-day festival was launched by the Stuttgart Tourist Board in 1976 and has been running ever since. Visitors can enjoy over 250 different wines and taste Swabian culinary specialities.

Aside from the automotive industry, Stuttgart is also a major centre for international companies specialising in high-tech manufacturing and scientific research. As a result, there are multiple English-speaking jobs in Stuttgart.

In Germany’s richest city, people generally have a lot of spending power. Accommodation in Stuttgart can be relatively expensive, but it is high quality.

As major centres of research, places at Stuttgart’s universities are highly sought-after among international students.