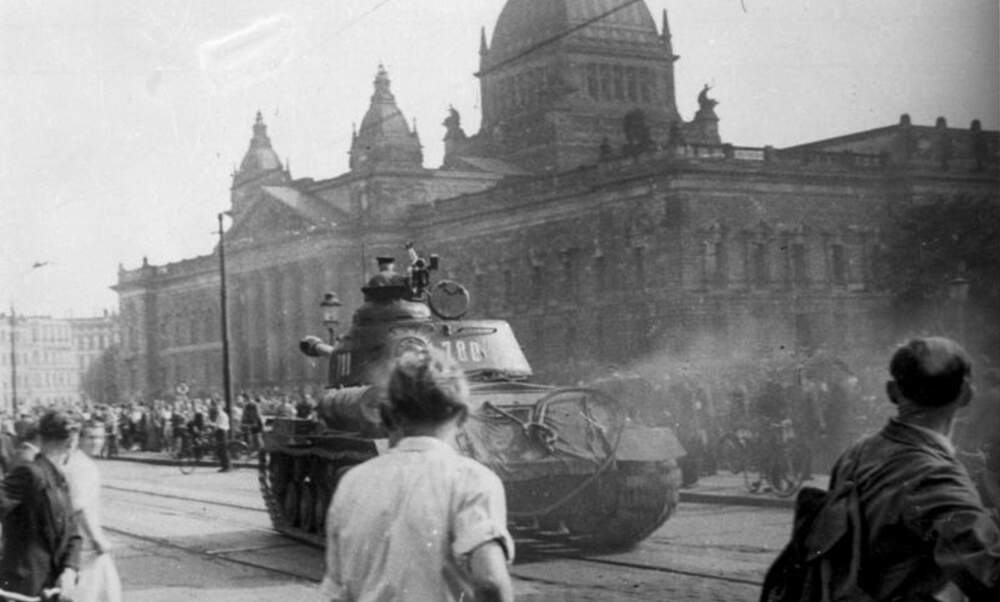 On June 17, 1953, millions of East Germans took to the streets to voice their discontent with life under German communist rule. What had begun as a relatively low-key demonstration quickly escalated into a series of violent clashes between demonstrators and soldiers as the East German regime fought to repress the strike.

Up until 1990, the East German Uprising of 1953 was commemorated as a national holiday, and to this day it is still marked as a day of remembrance. But what exactly caused tension to boil over in the first place, what actually took place, and why is it still considered so important in present-day Germany? We dive into the history of this fateful day.

By 1953, a mere four years after its foundation, the days of the German Democratic Republic (GDR) seemed to be numbered. With the national budget favouring militarisation and heavy industry, food was scarce. Electricity was turned off at night. Bitterness and resentment towards the ruling SED regime grew as hardships became more plentiful. 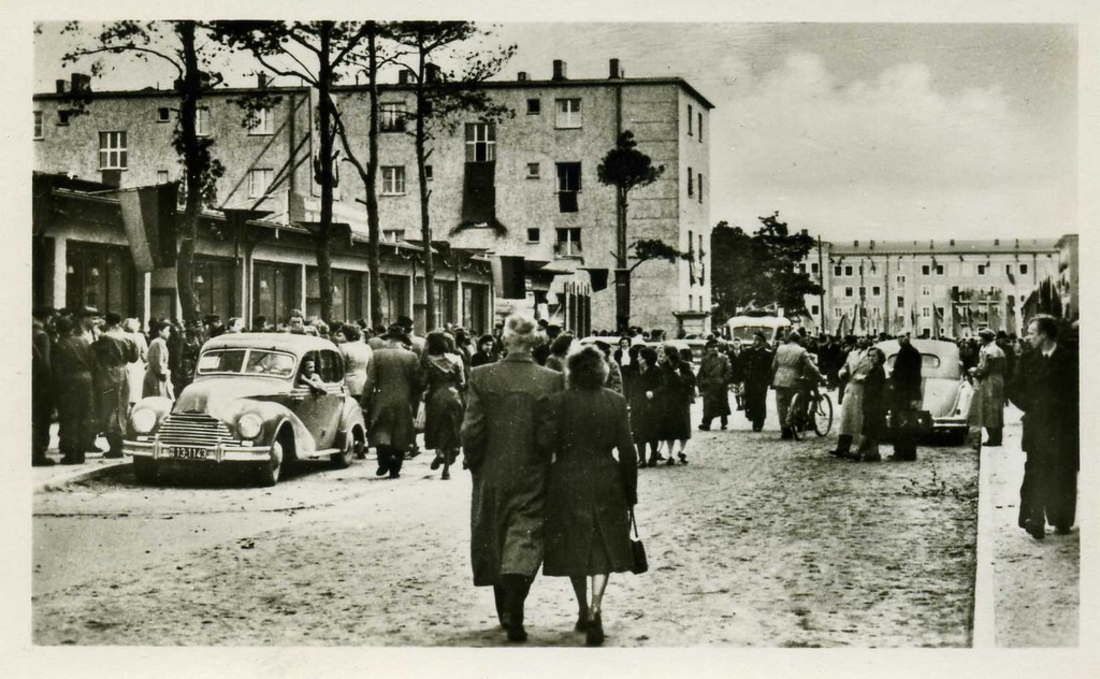 These tensions might have simply remained bubbling under the surface if it weren’t for the decision of the SED to address the country’s economic difficulties with a package of changes that would accelerate the so-called “Sovietisation” of the GDR. As well as raising taxes and consumer prices, this included - most significantly - increasing work quotas by 10 percent. Anyone who failed to meet their new targets could expect a reduction in their salary.

Unsurprisingly, the response from workers in Germany was one of outrage. On the morning of June 16, 1953, around 300 construction workers in East Berlin put down their tools to go on strike. They marched down Stalinallee (present-day Karl-Marx-Allee) towards government buildings. As they walked, they were joined by workers from other construction sites, all clamouring to vent their displeasure at the new quotas. 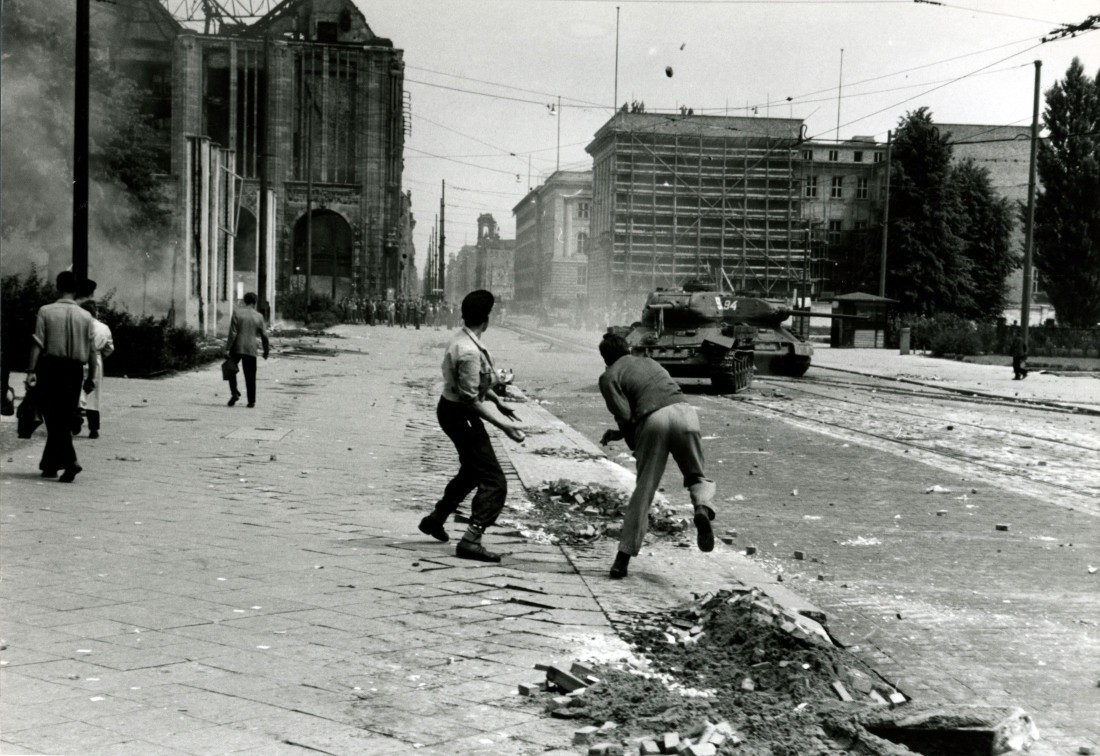 First, the crowd paid a visit to the headquarters of the Free Trade German Trade Union Federation, but when they failed to get a satisfactory response, they quickly moved on to the House of Ministries on Leipziger Strasse, their numbers increasing the whole way. They demanded that Walter Ulbricht, leader of the SED, come out to speak to them. When he did not materialise, the suggestion was put out that they call a general strike the next day.

By June 17, the crowd of protestors in East Berlin had swelled to some 40.000 individuals. Upon hearing of the events in Berlin, workers also downed their tools in virtually every industrial centre and large city in East Germany. Over the course of the day, the original demands of the protestors, the reduction of work quotas, developed into more political ones. They demanded the resignation of the SED government. 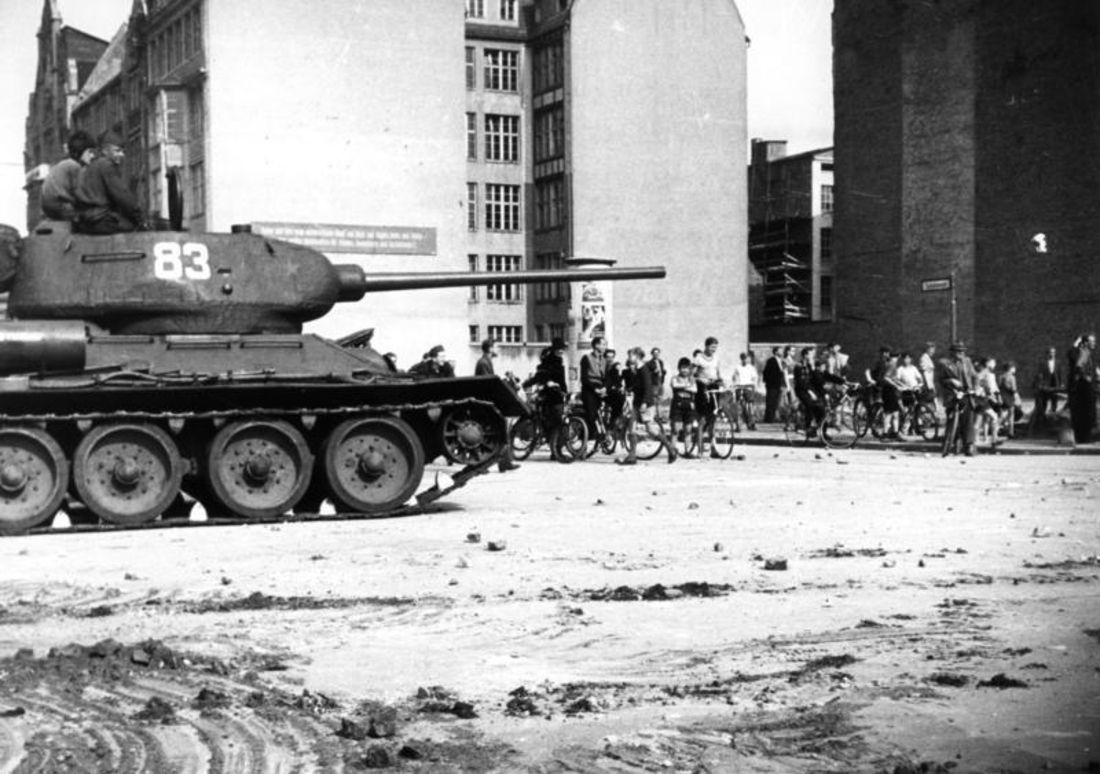 At this point, things began to turn violent. The government ordered that the uprising be suppressed, and appealed to the Soviet Union for military assistance. Martial law was declared and 16 Soviet divisions, some 20.000 soldiers, were dispatched along with 8.000 members of the Volkspolizei to brutally crush the protestors. Bloody clashes took place as the soldiers opened fire on Unter den Linden and around Potsdamer Platz. Around 55 people are known to have lost their lives, and thousands were arrested and later sentenced to death. The total number of casualties is estimated to be around 125.

The 1953 Uprising in West and East Germany

Almost immediately after the Uprising, West Germany declared June 17 an official holiday. An act of parliament was passed in August 1953, cementing it as “The Day of German Unity”. The day commemorated those who had suffered while fighting for their rights and liberty. Above all, it was intended to signify that the two German states, East and West, belonged together. It also served as a handy reminder of the brutality of the Soviets at a time of spiralling tensions between east and west, the capitalist and communist regimes. 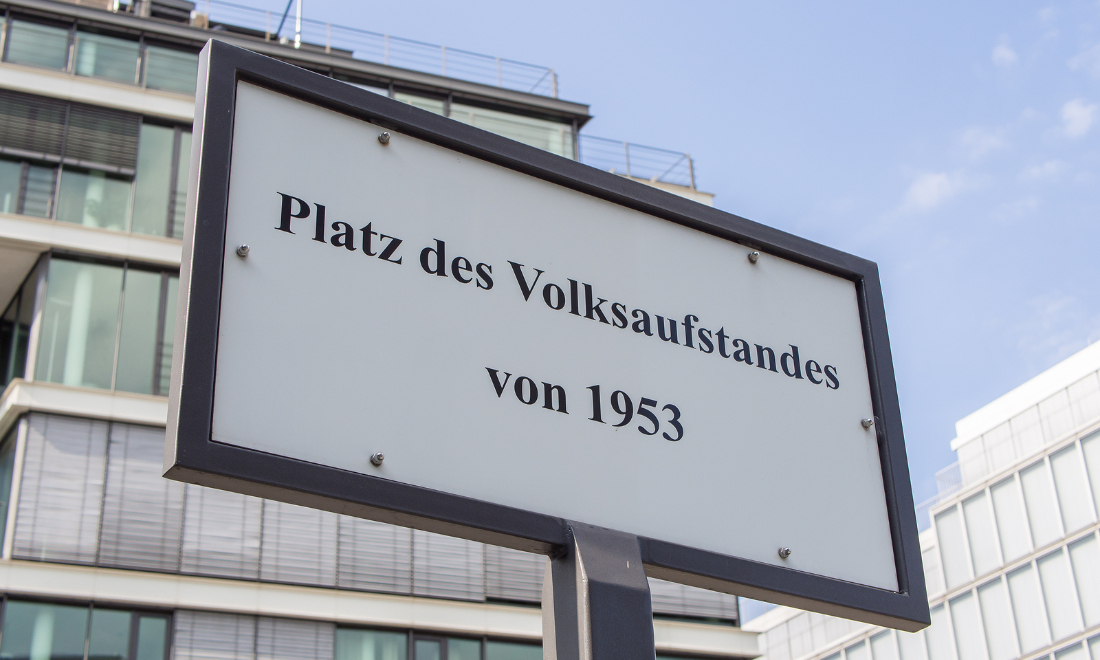 In the German Democratic Republic, by contrast, the events of the June 17 were brushed over as if they had never taken place. It was an embarrassing PR failure for the ostensibly benevolent, all-powerful SED regime, who wanted all memory of it to be forgotten. It was not marked again in the east until the collapse of the Berlin Wall and the reunion of the two Germanies. Since 1990, the holiday has been celebrated on October 3, to commemorate the true “Day of German Unity”, when German reunification was formally completed.

The lasting resonance of the Uprising

Nowadays, while German Unity Day on October 3 celebrates the reunion of Germany’s two halves, June 17 continues to be marked with services and special events - and rightly so. Commemorating the actions of protestors serves as a potent reminder of the value of liberty, justice and democracy.

In 2017, at an event to mark the 64th anniversary of the Uprising, Federal Economic Affairs Minister Brigitte Zypries said that marking the occasion becomes increasingly important amid growing ambivalence towards democracy in Germany. New generations must understand how much their forebears sacrificed to create the Germany we have today: “Their legacy is our obligation.”