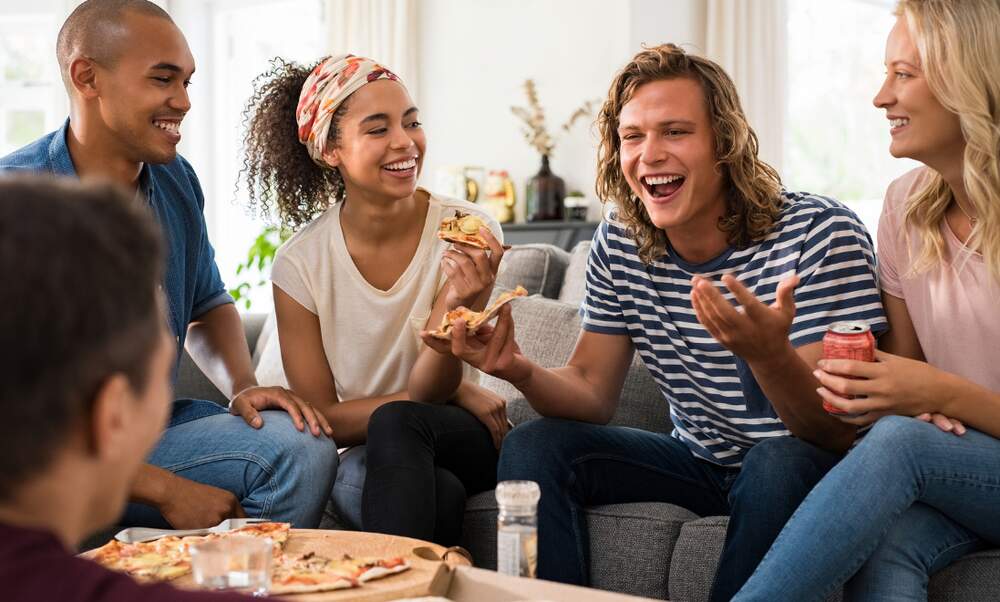 How to meet new people in Germany

How to meet new people in Germany

It may seem like a silly topic to talk about - you can meet new people everywhere - but in reality, it’s a little harder than it seems.

If you have a nine to five job, you can find yourself strapped for time between working and getting enough sleep, let alone meeting new people! Here are some tips, which will hopefully get you out there making new friends in no time.

When a lot of my friends left the city where we had studied for new adventures and jobs elsewhere, I felt the need to make new friends and meet new people. I already had a job, so I fell in a kind of limbo, I didn’t have “the student life” anymore, but I still lived in that same city.

So, I asked myself, how can I best meet a bunch of new people? I decided to join a rowing club and it is the best decision I have ever made. Not only did it allow me to work on my fitness, but as I had chosen a team sport, I soon had a group of friends to hang out with both at and outside of the club. It sounds cliché, but I really met friends for life at my sports club.

Now, you don’t have to be sporty, you could also join a comedy club, cooking club, reading club, it doesn’t matter! Whatever interests you, go for it! It’s truly a great way to meet new people, and as a bonus, they already share one interest with you, so you already have a conversation starter.

Go out and network

I’m not suggesting you go out and drink every night; that would be bad for your health. But occasionally going out to a bar with colleagues, if you have that kind of rapport, might be a good idea, especially if they are inviting some of their other friends.

That would then be a good opportunity to network and grow your own group of friends. Don’t be afraid to make plans with these new people and exchange numbers, you may just find that you gain some very good friends out of this.

Learning German will not only enable you to be able to chat to the locals - also a great way to connect - but it will also mean you get in contact with people in the same boat as you - some new, some here a while, but all new to German.

Arrange to practise your German by going out for drinks or something to eat and then just let the conversation flow. You never know, you may learn some awesome things about your classmates and decide to stay in touch after the course is over.

Do some charity work

You might not want to spend your evening or weekend doing more work, but charity work can feel refreshing and gives you a sense of satisfaction in being able to help others. It also allows you to meet people from all walks of life, not just those you would normally associate with.

Charity work is something that will definitely give you a sense of gratitude for what you have. You will also interact with the other volunteers and, depending on the type of charity work you choose, the people you are helping.

Talk to that person on the train

Nowadays, we tend to plug our earphones in and switch off when we are on the train. But what use is all that social media, if we have forgotten how to actually be social. The next time you are on the train, bus or U-Bahn, why not try to talk to the person sat right next to you?

We, as humans, need interaction; it makes us feel happy, so take the time to smile and start talking. As you may have noticed, in Germany there are often delays on all forms of transportation. Take advantage of the bad situation - this is your chance to start talking to the person next to you.

It’s also just nice to have a conversation with someone you don’t know, and you never know, maybe they are lonely and also needed to talk to someone, even if it is just about the weather. You can literally meet people everywhere - you just have to be open to it and overcome your fear of awkwardness. It won’t ever be as bad as you think. And even if it is, at least you have a funny story to tell!

Of course, there are many other ways to meet people in Germany. What would you suggest? Let us know in the comments below!

Completed her Master's degree at the University of Groningen and worked as a translator before joining IamExpat. She loves to read and has a particular interest in Greek mythology. In...