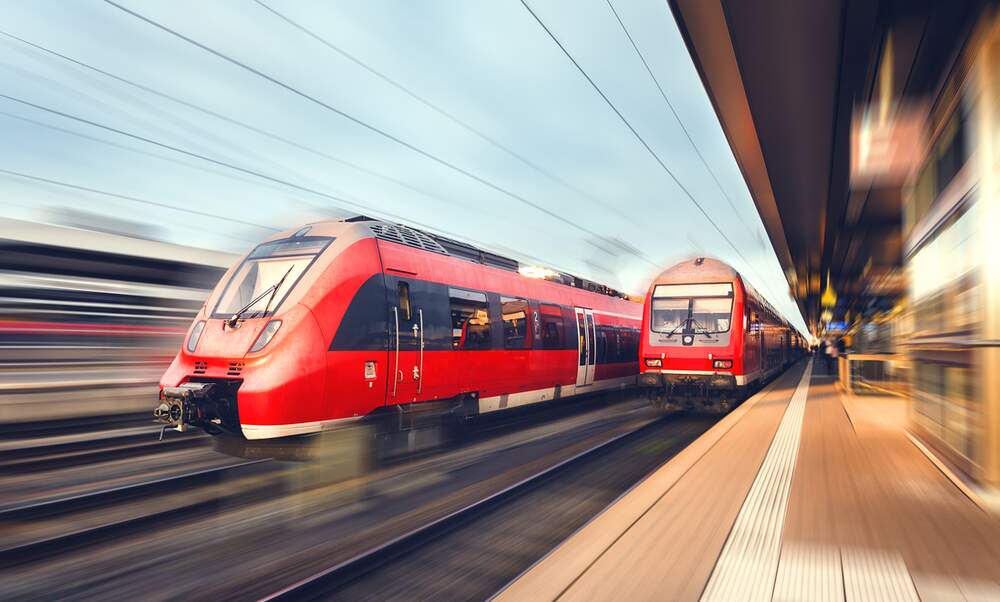 Whether visiting a friend or heading out to explore some of the country’s wonderful sights and attractions, most expats will, from time to time, want to travel within Germany. Luckily, the country’s transport system provides several different options for fast and reasonably-priced connections between its major cities.

Modes of long-distance transport in Germany

Generally speaking, in Germany you have three main options when it comes to long-distance travel (unless you wish to drive):

These travel booking platforms search for multiple providers to find you the best deals on train travel, bus trips, flights and ferries in Germany, Europe and beyond. Many also offer last-minute deals:

Travelling by train in Germany

Germany’s railway network, operated by Deutsche Bahn (DB), is very well-developed, offering fast connections to almost everywhere in the country. The most common types of train are InterCity (IC) and InterCity Express (ICE) services that offer high-speed connections throughout Germany. Thanks to improved infrastructure, the journey from Berlin to Munich can now take as little as four hours. EuroCity (EC) trains provide international connections.

Tickets are divided into first and second classes and can be bought in advance on the internet, from an automated ticket machine or from the station’s ticket office. You normally have to pay extra for a seat reservation or to bring a bike on board. It’s best to book well in advance to secure the cheapest fares.

Types of train tickets in Germany

As well as Spar (saver) and Flexi fares, Deutsche Bahn offers a range of different tickets that can help you make huge savings on train travel, especially if you’re travelling in a group or at the weekend:

If you frequently travel by rail in Germany, it might be worth considering buying a BahnCard, which for a one-off price offers you a discount off every train journey you make. There are three different options:

There are also options for discounted BahnCards for children, youths under 27 and seniors over 60.

Another great option if you are travelling as a group, but just as economical for solo travellers, is the Regional Day Ticket (Länder-Ticket). Starting at just 23 euros (depending on the federal state), the ticket allows up to five people unlimited travel on regional services within a given state for a full day.

Group saver fares are limited to groups of six or more people travelling within Germany and cost as little as 19.90 euros per person, with a free seat reservation. They can be booked up to 12 months in advance.

Interrail passes are a great way to explore both Germany and the rest of Europe. Starting at just 43 euros, they offer unlimited train travel in up to 31 European countries.

Travelling by coach in Germany

Despite years of lobbying by Deutsche Bahn, the protectionist laws that previously prohibited long-distance bus travel have more recently been liberalised. As a consequence, several companies offering low-cost, long-distance coach journeys have emerged.

In comparison to trains and planes, fierce competition has meant that going by bus is a very budget-friendly option for travelling across Germany and Europe, with a coach from Berlin to Hamburg costing as little as eight euros. Long-distance buses in Germany are generally clean, comfortable and air-conditioned. They usually offer free wi-fi and onboard refreshments.

There are a large number of smaller, local companies, but the biggest operators in Germany are:

The concept behind carpooling is relatively simple: drivers with empty seats advertise their trips through an app, where they are matched with would-be travellers. Carpooling is growing in popularity in Germany for two major reasons: it’s a cheap way of getting around, and it’s relatively environmentally-friendly.

Operating through an app also allows passengers to provide drivers with reviews and verifications, thereby improving safety. The main risk you take, therefore, is that you might get stuck in a car with a stranger for four hours with nothing to say. On the other hand, you’re just as likely to make a new friend!

The main companies for carpooling in Germany are: