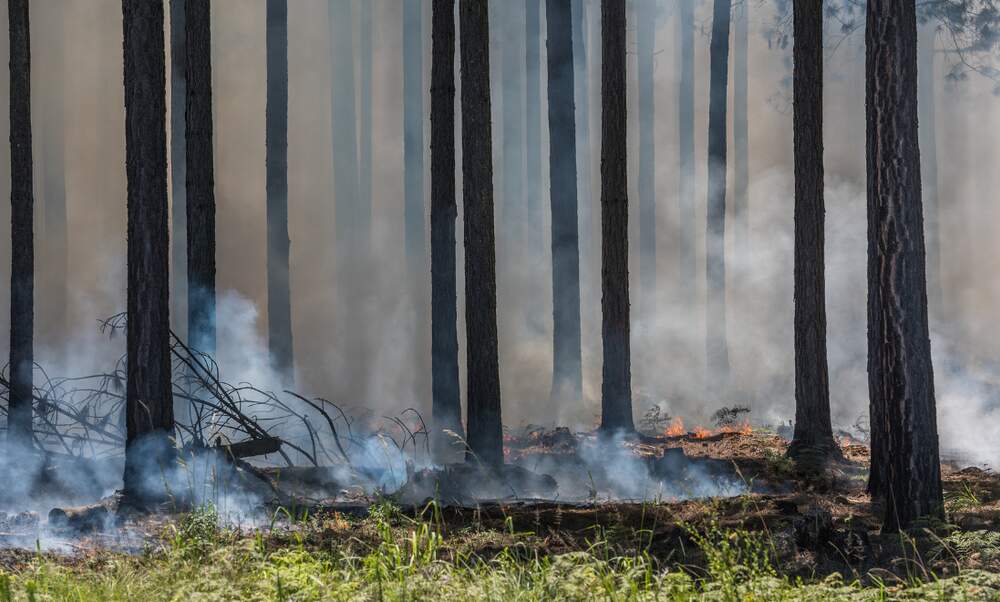 More than four square kilometres of forest is now burning in Mecklenburg-West Pomerania, the worst forest fire ever experienced by the northern federal state. Another village was evacuated on Monday afternoon, bringing the total number of affected persons above 1.000.

Eight fire helicopters and 10 water cannons were dispatched on Tuesday morning to help extinguish the forest fire that has been raging in Mecklenburg-West Pomerania since the weekend. By Tuesday, June 2, the blaze had already spread to cover an area of some 430 hectares (4,3 square kilometres).

The forest fire began on Sunday in a former military training area near the community of Lübtheen and spread very quickly. On Sunday night and during the early hours of Monday morning, emergency services evacuated three villages, located approximately 50 kilometres southwest of state capital Schwerin. On Monday evening, inhabitants of a fourth village were also forced to leave their homes.

Strong, unpredictable winds have so far made it virtually impossible to bring the fire under control. The firefighters’ work is made even more difficult by the fact that they cannot get closer than a kilometre to the blaze: the area is known to be peppered with ammunition, grenades and explosives, many of which are unexploded leftovers from heavy bombing during World War II.

The military training area also includes a munitions warehouse, containing modern explosives and Second-World-War-era bombs. Mecklenburg’s interior minister, Lorenz Caffier, said that all possible measures were being taken to protect the warehouse from the blaze.

Coming just days after the hottest June day ever recorded in Germany, this fire is the largest forest fire in the history of Mecklenburg-West Pomerania - so large that smoke is reaching the neighbouring states of Brandenburg, Berlin and Saxony. Residents of Dresden have even been complaining about the smell! The Berlin Fire Department has encouraged people to close their windows to keep out the smoke, assuring them that while the smell is annoying, it's certainly not dangerous and 112 should only be called in an emergency.