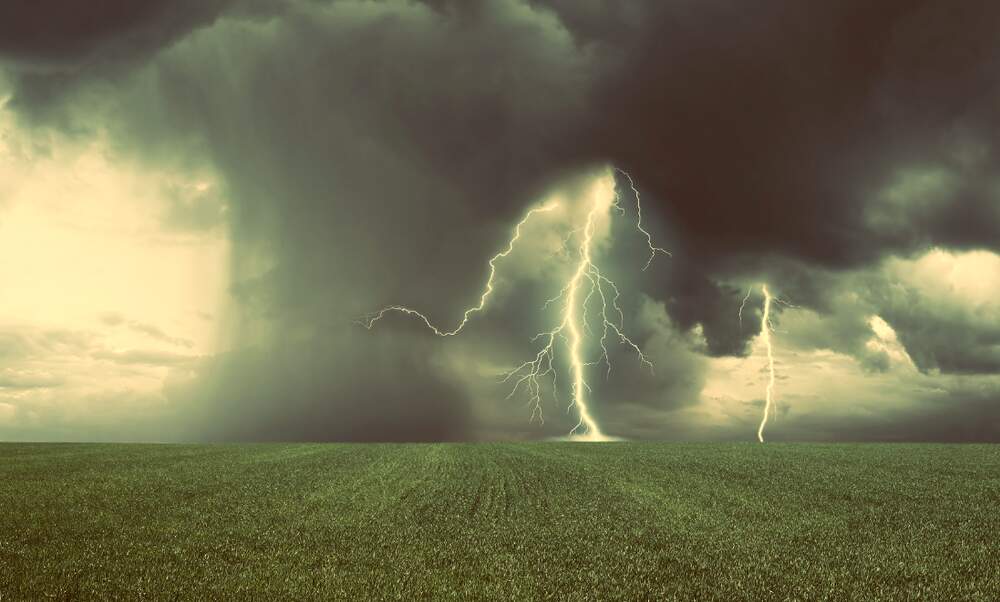 Heavy storms hit Germany after weekend hotter than in Mallorca

Heavy storms hit Germany after weekend hotter than in Mallorca

June certainly got off to a dramatic start this year: after the first heatwave of 2019 pushed temperatures in Germany to a scorching 35 degrees, a series of thunderstorms are now causing damage and travel chaos in many parts of the country.

As predicted, the days following the Ascension Day public holiday were very, very hot - off the charts in comparison with the rest of May. The record for the hottest day of the year so far was quickly set on Sunday, June 2, when temperatures reached a sweltering 32,9 degrees in some parts of the country.

While it began to cool down in most regions of Germany on Sunday night, in the east things only got hotter. On Monday June 3, the thermometer hit 35 degrees in Berlin and Brandenburg, making them hotter than the Mediterranean islands of Mallorca and Ibiza. A heat warning for both of these regions remained in place until 7pm on Monday night.

This weekend heatwave was, however, only the start of this latest spate of severe weather in Germany. After the heat came the inevitable storms, which started on Monday in many parts of the country and look set to continue into the week, bringing the blistering heatwave to a dramatic end.

As early as Sunday evening, heavy rain, strong winds, thunder and lightning began to batter the western part of the country. In Duisburg, the emergency services were called out five times during the night as fallen trees damaged cars and blocked roads. Travel disruptions were widespread, with drivers across the country languishing in a total of 300 kilometres of traffic jams.

In Mülheim, lightning struck a signal box, causing delays, as long-distance transport services had to be diverted. In Cologne, strong winds caused passenger display boards at the station to become detached from the walls. Strong thunderstorms also hit the cities of Düsseldorf, Essen and Münster, although luckily without any serious incidents.

The thunderstorms are gradually moving further east, with 30 to 40 litres of rain per square metre expected to fall during Monday night in the broad strip between Baden-Württemberg and the Baltic coast.

In the wake of the storm, temperatures will cool off a little, to somewhere between 22 and 27 degrees in most parts of the country. Towards the weekend, there will be more outbreaks of rain in many regions, with temperatures remaining stable around the 25-degree mark - much more normal for this time of year!