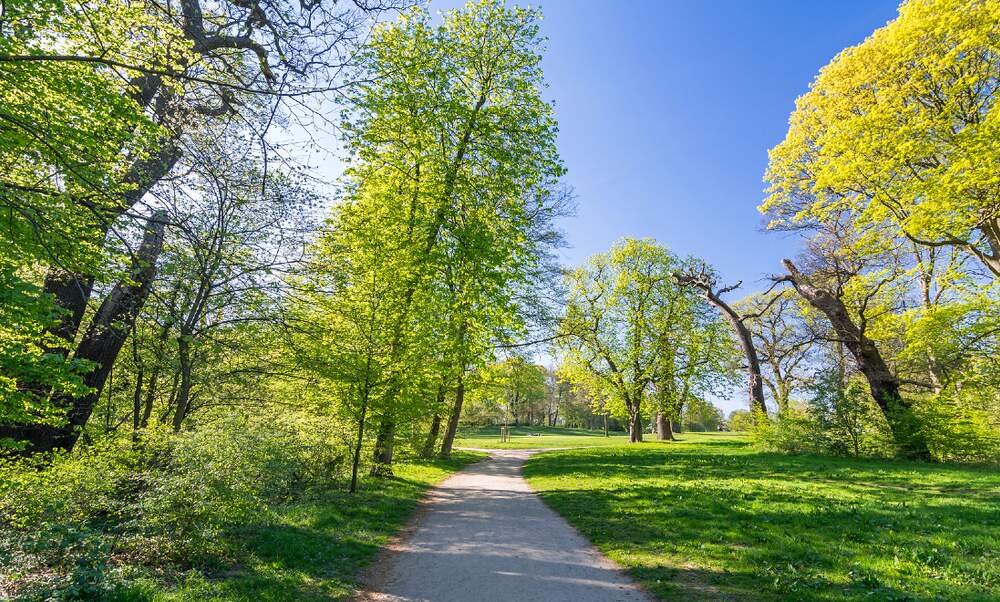 Sunny skies and up to 25 degrees this week in Germany

Sunny skies and up to 25 degrees this week in Germany

With the Easter long weekend on the horizon, Germany is facing a whole week of sunny skies and summer-like temperatures. Authorities are concerned that the combination of good weather and public holidays will tempt people to head outdoors and break social distancing measures.

After a bank of cold air brought some pretty chilly temperatures to Germany last week, this week things are looking a lot different. A bank of high pressure air from southern Europe will bring us warm temperatures of up to 25 degrees this week!

According to the German Weather Service (DWD), Tuesday will be sun-soaked in most parts of the country, with highs of 15 degrees expected in Germany’s coastal regions and up to 23 degrees on the Upper Rhine. Only the west and northwest of the country can expect any cloud cover at all.

From Wednesday through to Good Friday (Karfreitag), it will remain mostly sunny, with a few harmless clouds sailing by. The temperature should linger around the 17 to 22 degree mark, but highs of up to 25 degrees are possible in the southwest of the country. DWD is recommending that everyone cracks out their sunscreen for the first time this year!

Chance of thunderstorms at Easter weekend

Towards the Easter weekend, the predictions get a little hazier and more mixed. The DWD paints a picture of two halves on Saturday: in the north the weather is likely to be changeable, with clouds, showers and even the chance of thunderstorms. The temperature will still stay between 11 and 18 degrees. In the south, it is likely to stay sunny, with highs over 20 degrees.

It’s a long way off, meteorologically-speaking, but Easter Sunday looks set to be cooler, with an increased risk of showers and thunderstorms. So people might struggle to find a gap in the clouds in which to set up their Easter egg hunts.

Authorities urge people to stay home, whatever the weather

The weather may be begging you to get outdoors, but people are being urged to stay home as much as possible, even if you’ve got the day off work and it’s perfect barbecue weather. Police have said that, so far, people have been managing to resist the temptation of cloudless blue skies and stick to social distancing measures.

Over the weekend just gone, which saw highs hovering around the 20-degree mark, a few violations were reported across Germany, but overall the country passed its first real endurance test at home. In some places, authorities weren’t taking any chances and went so far as to cordon off access roads to some German sights and attractions.

Police in the Rheingau blocked access to the Eberbach Monastery, two castles and the Niederwald monument, on the grounds that it would be impossible for visitors to stick to the minimum distance requirements. In Frankfurt, police said that they would be using a drone over the weekend to make sure there weren’t too many people out and about enjoying the spring weather in the city’s parks.