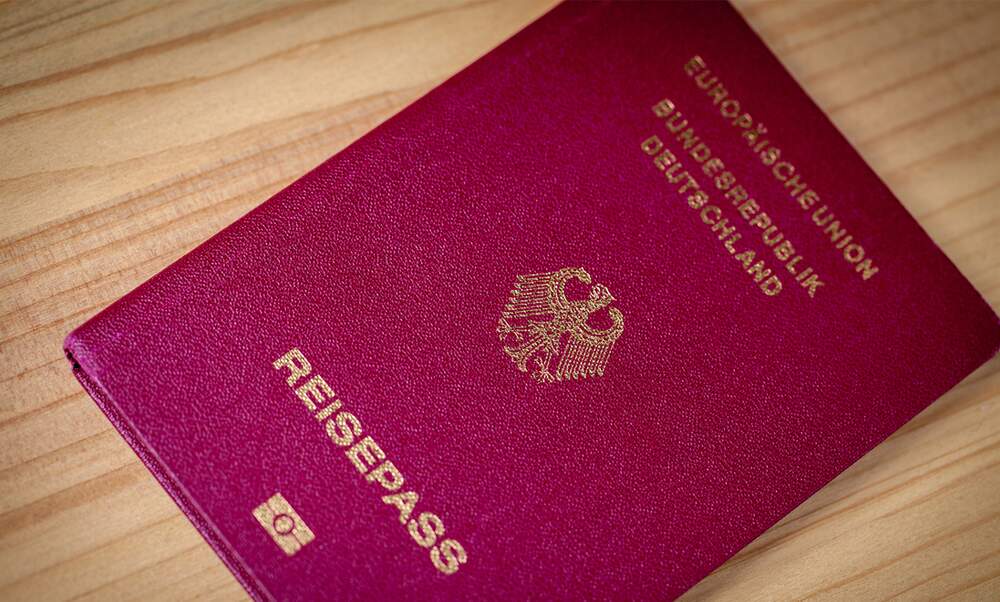 If you have German citizenship, you might consider applying for a German passport (deutscher Reisepass). For German nationals, having a passport is necessary for travelling to most countries outside of the European Union. Moreover, if you do not have an identity card, you might actually need a German passport, as the law requires all German citizens to have a valid form of identification.

How to apply for a German passport

To apply for a German passport (Reisepass beantragen) you can make an appointment at the citizens’ office (Bürgeramt) in the municipality in which you are registered. You can also apply at citizens’ offices in other municipalities but you may have to pay a supplementary fee. You must attend the appointment in person; it is not possible for someone else to apply on your behalf.

Documents needed for a passport application

You must bring the following with you to your appointment:

At the appointment they will also take fingerprints from your left and right index fingers, to be stored in a special chip in the passport.

In 2012, a new EU ruling came into effect, requiring all children to have their own form of identification and making it impossible for them to travel internationally on their parents’ passports. Parents in Germany now have the option of either applying for a regular, biometric passport for their children (as above), or they can also apply for a children’s passport (Kinderpass) through the same process.

A Kinderpass can be used up until the child’s 12th birthday. It has the advantages that it is cheaper and takes less time to process, but on the downside, as it is not a biometric passport, it is not recognised by every country. See which countries accept the Kinderpass.

How much does a German passport cost?

The cost of applying for a German passport depends on your age, location, and how quickly you need it. If you are a frequent traveller, you can also pay to have extra pages for visa stamps.

Your new passport will be manufactured centrally at the Federal Printing Office in Berlin. From the time of application, it usually takes three to six weeks before you can pick it up from the citizens' office. You can also authorise someone to collect it for you by providing a signed letter of consent.

If you need your passport quicker, you can apply for the express option. If you submit your application before midday, your passport will usually be ready to pick up three working days later. A supplement is payable if you choose this option.

How to apply for a German passport from abroad

If you are a German citizen living abroad and you would like to apply for a German passport, you can do this at the German mission in your country of residence. You are required to make an appointment in advance, fill in a passport application form and then attend the appointment with all your required documents.

As of 2007, it is no longer possible to submit passport applications via post. This is due to the fact that all applicants now have to submit two fingerprints to be stored in the special chip in the passport. These fingerprints will be taken at your appointment.

It usually takes around four to six weeks to process a German passport abroad, as all documents are printed at the Federal Printing Office in Berlin. If any additional information is needed, it can take even longer. It is therefore essential to start the application process well in advance of any travel plans.

Period of validity of a German passport

How do I renew a German passport?

If your German passport is close to expiring, you must request a new one by following the above procedure. If you need to travel during the processing time and your old passport is still valid, it may be possible to keep it until your new one is ready.

While you are in Germany, if you misplace your passport or it is stolen, the action you should take depends on which country issued it.

If your German passport is lost or stolen, you are required to report it to the responsible passport office (usually your local citizens’ office) as soon as possible. You must also inform the office if you later find the passport that you reported lost. The same applies to children’s passports. The office will inform the German police of the loss.

You will need to apply for a new passport following the same procedure as above. If you need to travel urgently, you could use the express service or alternatively it is possible to apply for a temporary passport (valid for maximum one year) that covers you until your permanent one arrives. This usually costs around 26 euros.

If your non-German passport is lost or stolen in Germany you should immediately report this to the police and ask them to issue you with a notice of loss or theft. You can then contact your closest embassy to arrange an alternative travel document.

Can I have more than one passport?

Depending on the conditions under which you gained German citizenship, it may be possible for you to have one or more passports in addition to your German one. This is usually the case when you are accepted for dual German citizenship.

Benefits of having a German passport

The German passport enables you to travel to 170 countries without needing a visa. You also gain freedom of movement within the EU. The other advantages are detailed on our page on German citizenship.