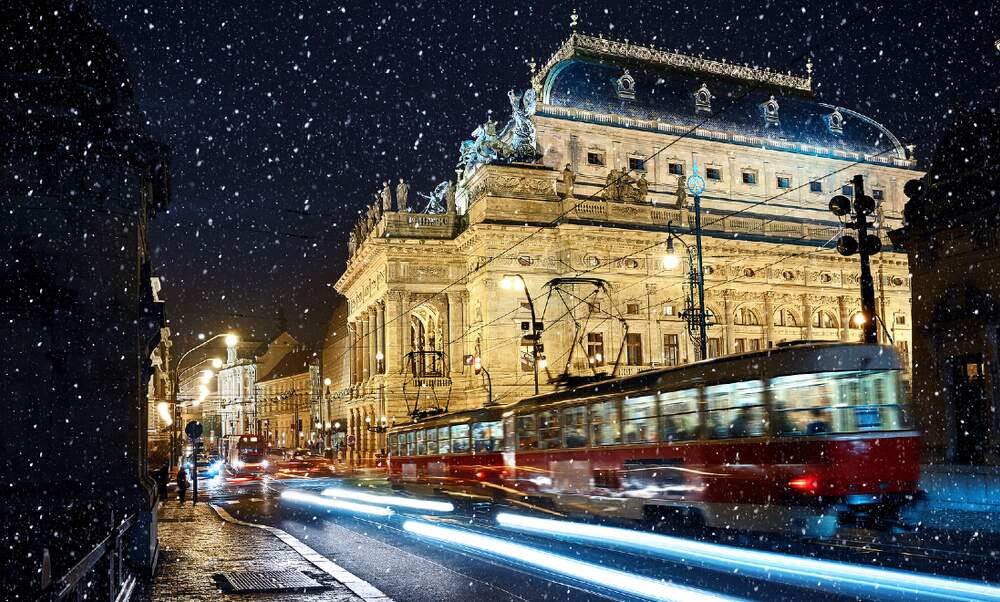 It’s a truth universally acknowledged that January is, hands down, the worst month of the year. So why not break up the chilly grey monotony with a morale-boosting winter getaway?

Take a trip to one of Germany’s neighbours this winter

One of the best things about Germany is its location in the centre of Europe, meaning that, no matter where you are, you’re ideally placed for a quick weekend getaway. All of these towns and cities look spectacular in the winter and are within easy reach of Germany by car or train. Pack your coats and let’s go!

For a fairytale European winter, it’s hard to beat the birthplace of “hygge” (Denmark’s answer to “Gemütlichkeit”). Wrap up warm to see the colourful houses of Nyhavn thrown into beautiful relief against the snow, then settle down in a cosy cafe for a restoring hot drink. 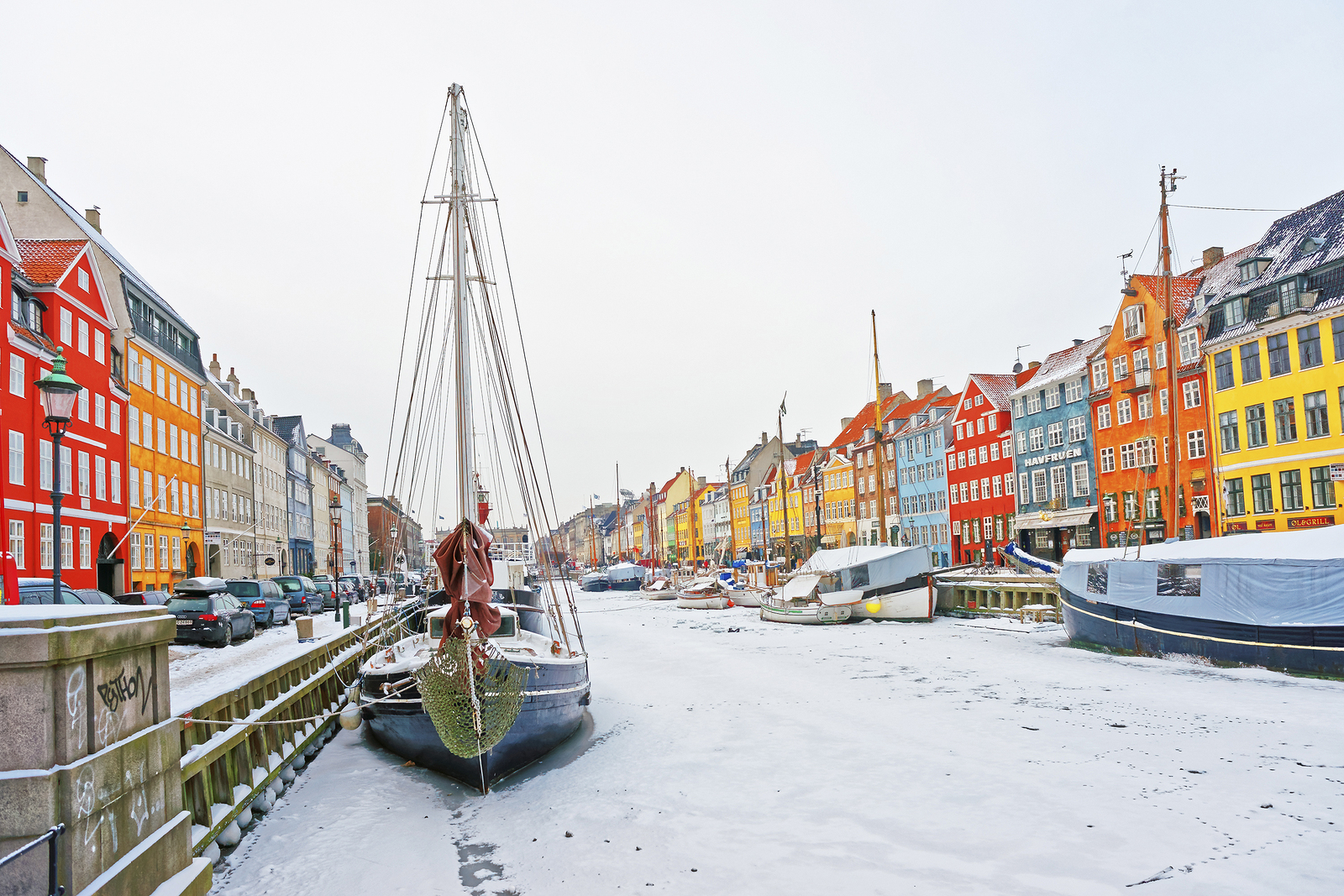 Copenhagen is just four and a half hours on the train from Hamburg. If you’re driving, the trip takes around five hours.

It sure is cold this time of year, but everyone loves Wroclaw. Designated European Capital of Culture in 2016, the city has more than enough indoor activities to keep you entertained - and a hearty local cuisine to boot - but those who brave the cold are rewarded with sights of the city’s spectacular Gothic architecture, countless bridges and parks, and majestic market square. 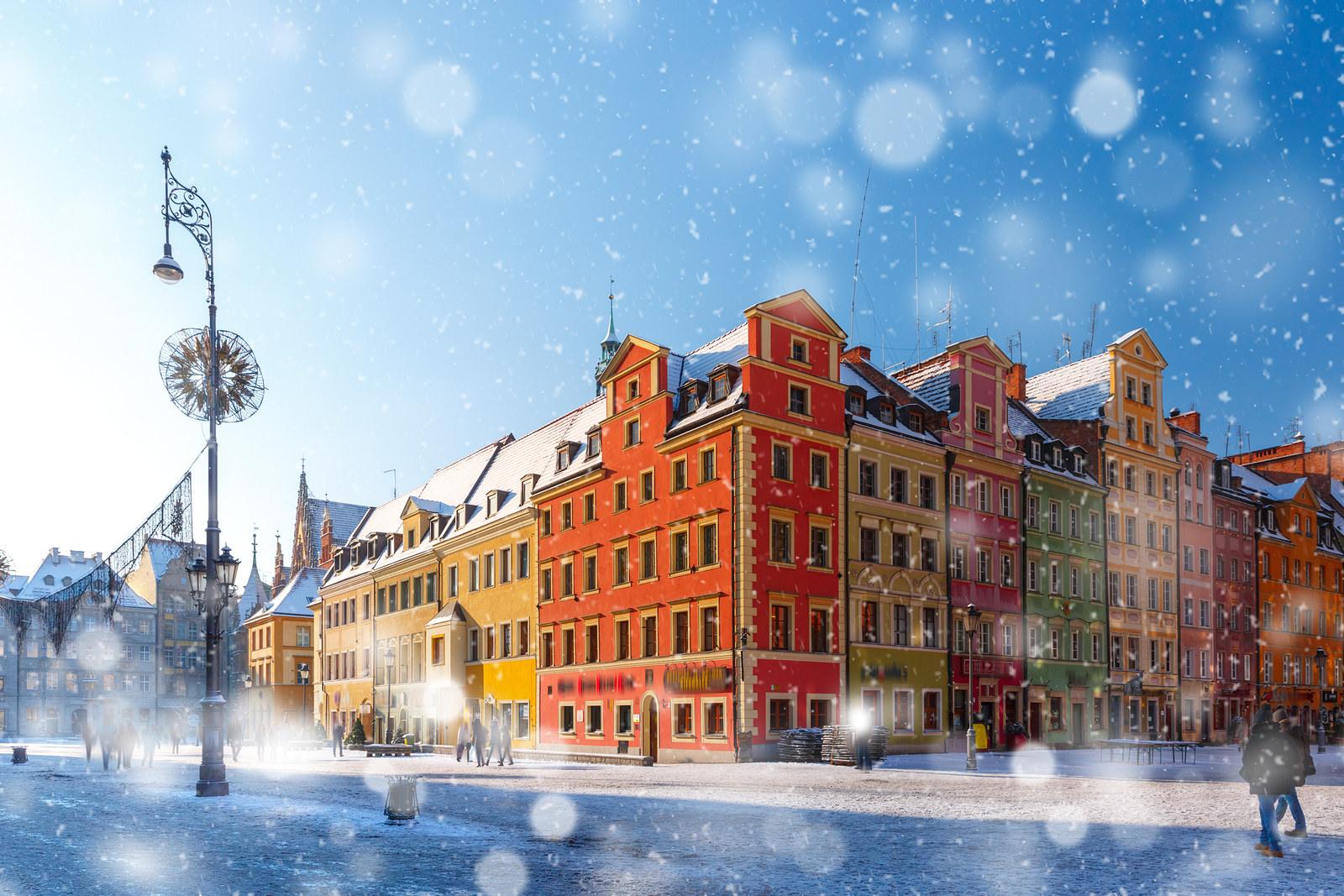 Wroclaw is located four hours from Berlin by car, and just three hours from Dresden. FlixBus also offers a regular service between Berlin and Wroclaw.

Just a sprinkling of snow transforms Prague into a veritable winter wonderland. Not only does it look magical, but visiting Prague this time of year enables you to escape the worst of the summer crowds and enjoy the city at its best, wandering aimlessly through its maze of cobbled lanes, munching on trdelník (fried dough) and - when the cold starts to bite - ducking into one of its many establishments to enjoy some of the best beer in the world. 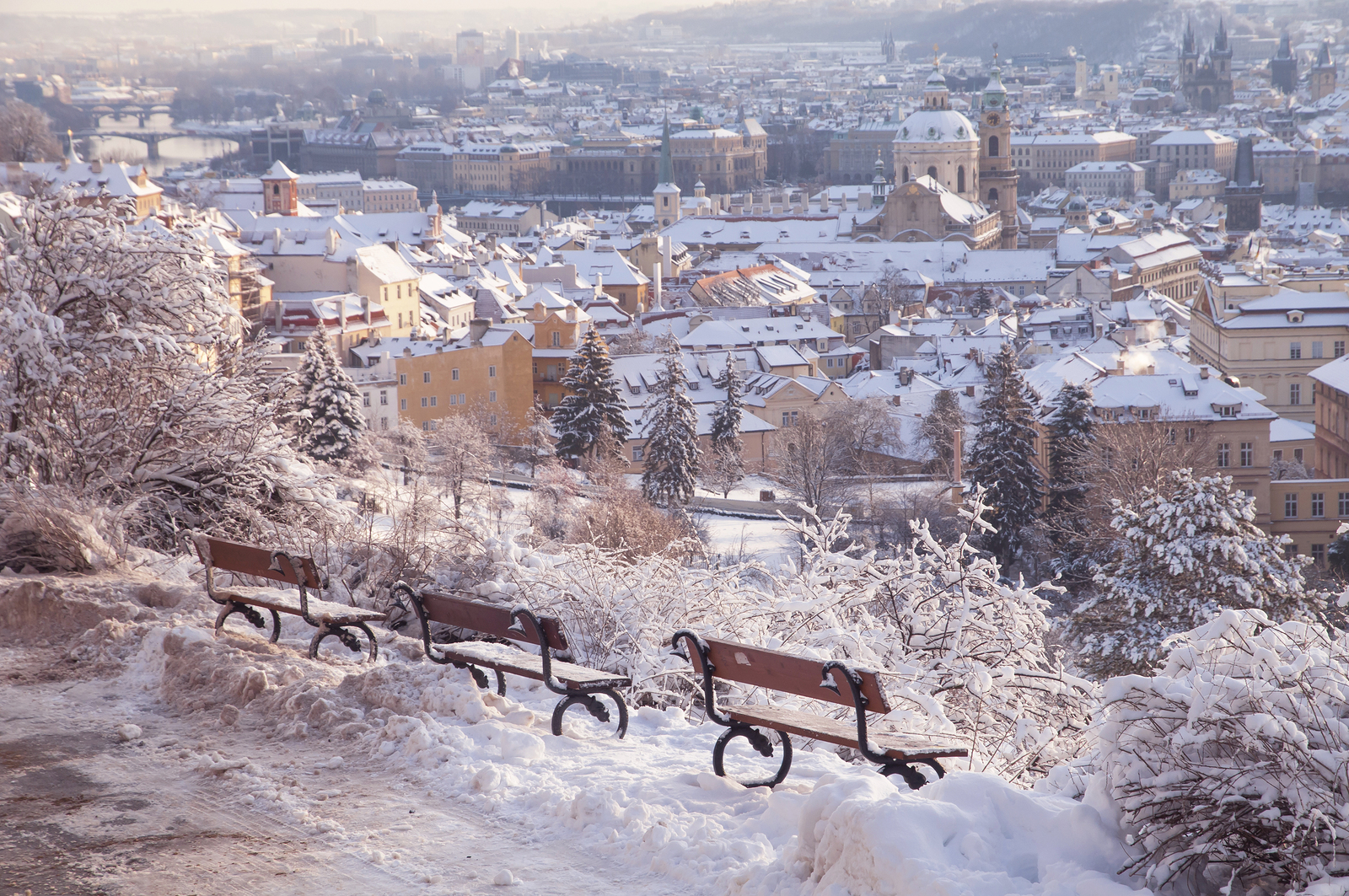 Just one hour and 45 minutes in the car (or two and a half hours in the train) gets you from Dresden to Prague. There is also a regular FlixBus service between Dresden and Prague with a similar journey time.

It is also possible to take a direct train from Berlin to Prague, which takes approximately four hours and 40 minutes.

Nestled in the northeastern tip of Austria and known for its glittering views across Lake Constance, in the colder months Bregenz is transformed into a haven of winter sports as people make for the nearby resorts in the Pfänder and the Alps. If skiing isn’t your thing, there’s more than enough avant-garde art and architecture and homely culinary establishments to keep you occupied. 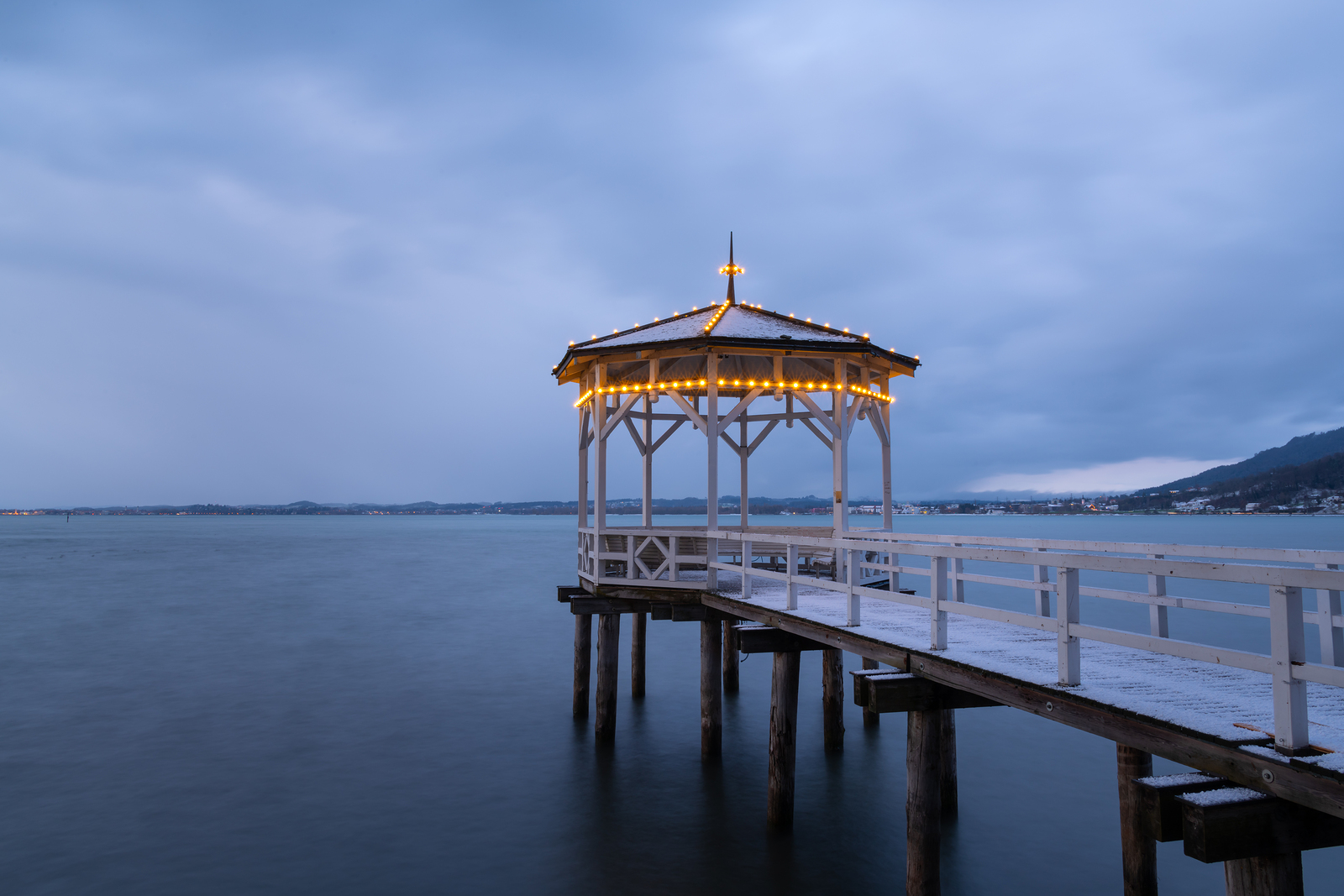 Bregenz is just two and a half hours from Munich and Stuttgart by car. FlixBus also runs a direct service between Munich and Bregenz.

Visiting Switzerland during ski season is an obvious choice, but Lucerne offers far more than your average resort town. This gorgeous Swiss city sits on a cobalt lake ringed by misty mountains and comes with a large helping of medieval architecture, fairytale houses and elegant waterfront promenades. If you really can’t bear to miss out on the slopes, there’s several resorts within easy reach. 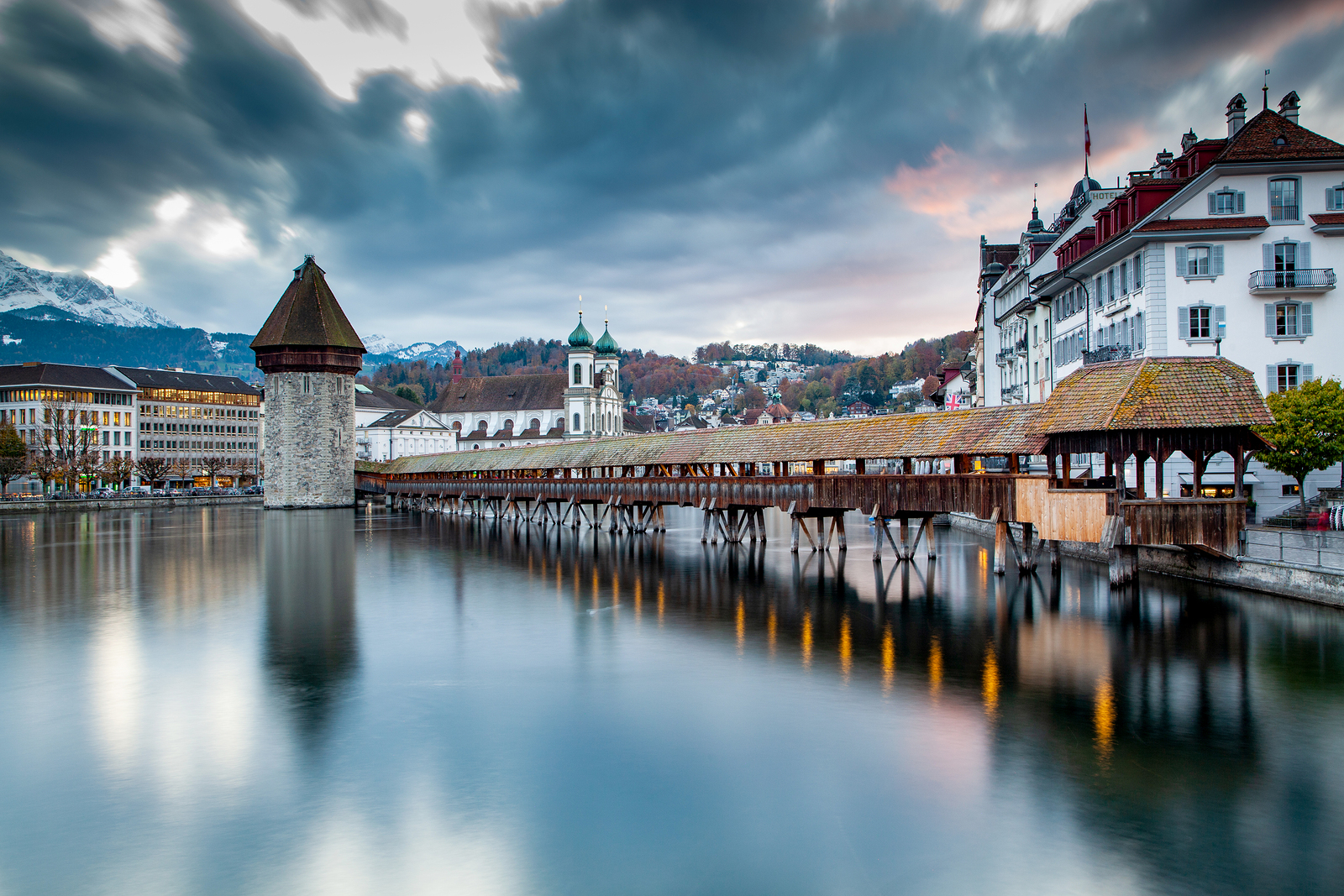 You can make it to Lucerne in four hours on the train from Stuttgart and five and a half hours from Munich. Driving is a little quicker.

Walking a fine tightrope between France and Germany in its own inimitable style, medieval Strasbourg looks simply charming with a fine dusting of snow. Once you’ve had your fill of roaming the crooked half-timbered houses that line the town’s twisting alleys, the cosy winstub (Alsatian tavern) calls. 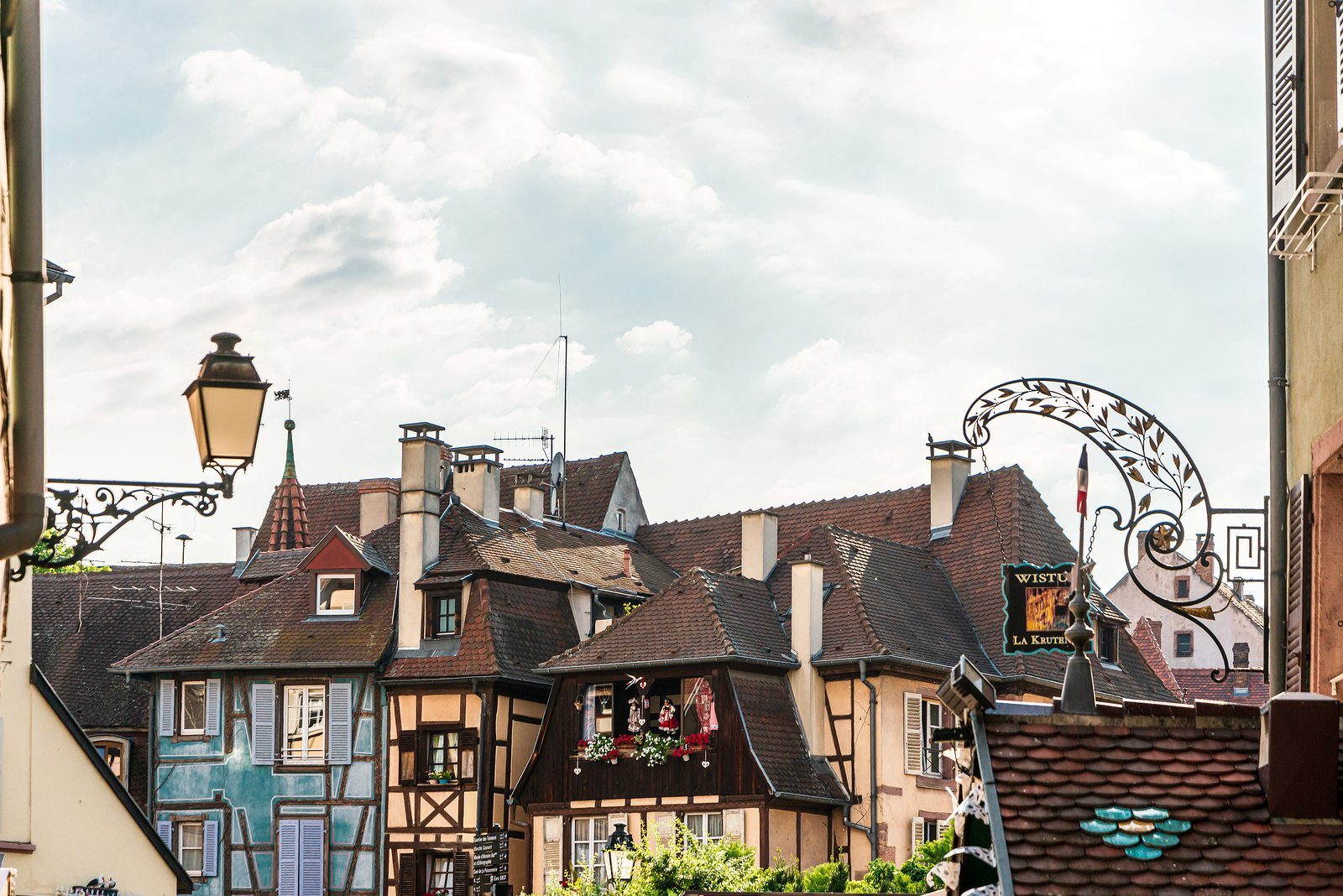 7. The Hague, The Netherlands

Ditch the crowds of tourists in Amsterdam and head to The Hague, the royal city by the sea that truly sparkles at wintertime. Indulge in a spot of culture at the city’s world-renowned museums, galleries and theatres, then head to Scheveningen to soak up some gorgeous scenery. Those made of harder stuff can even take a plunge in the sea for the ultimate refresher. The hearty Dutch cuisine will be on hand to revive you when you get out. 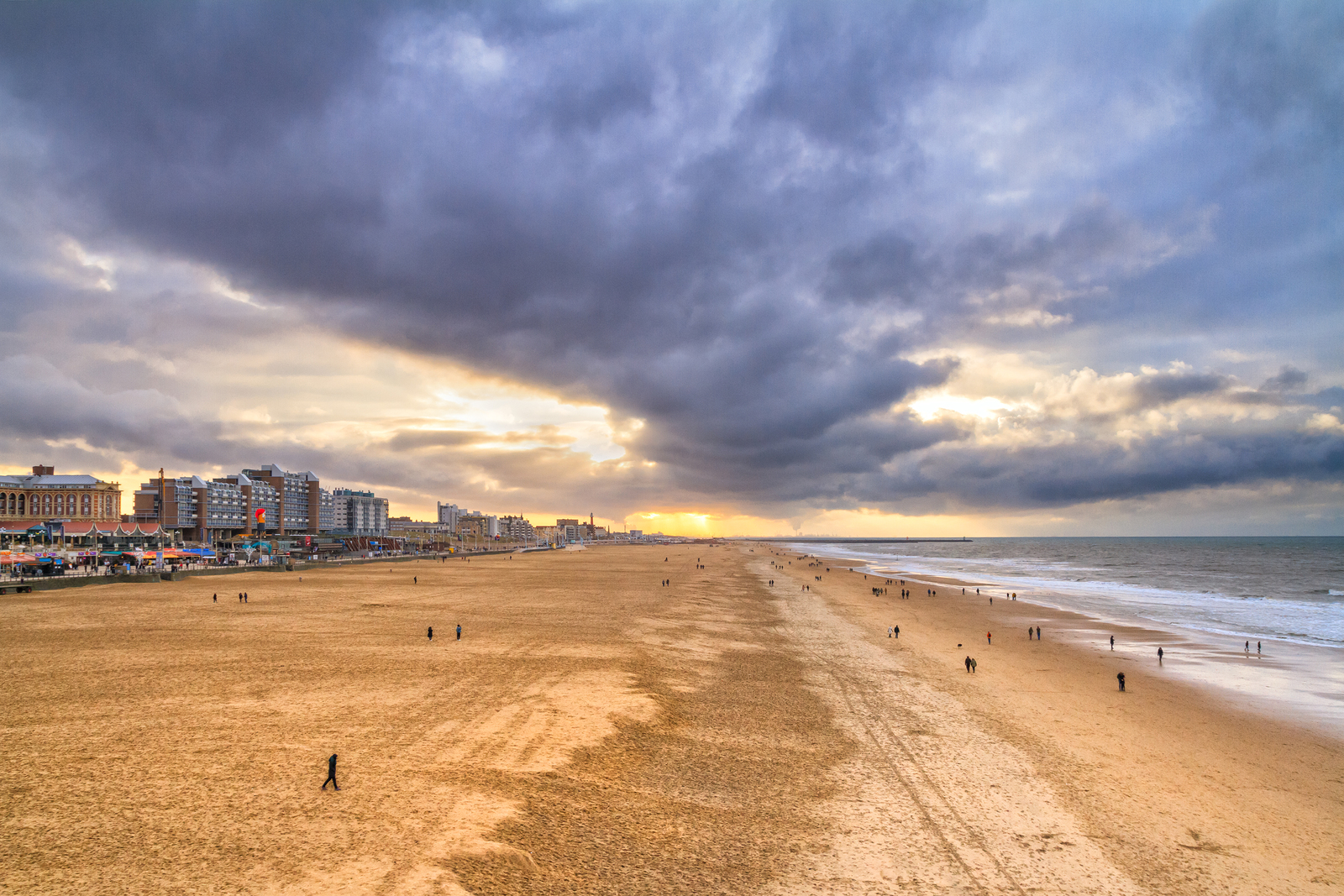 The Hague is just three hours from Cologne and three and a half hours from Düsseldorf by train. The car journey takes less than three hours.

Ready for a winter wonderland?

A winter getaway is the perfect way to escape the January blues! Where will you be heading to this year? 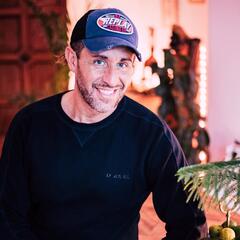 Thank you so much for this inspiring and informative piece. Being a transplanted Chilean in Düsseldorf Starting-Up a Tech company in Cologne, sometimes I forget about all of the wonderful escapades you can do just a step away. Thank you! :)