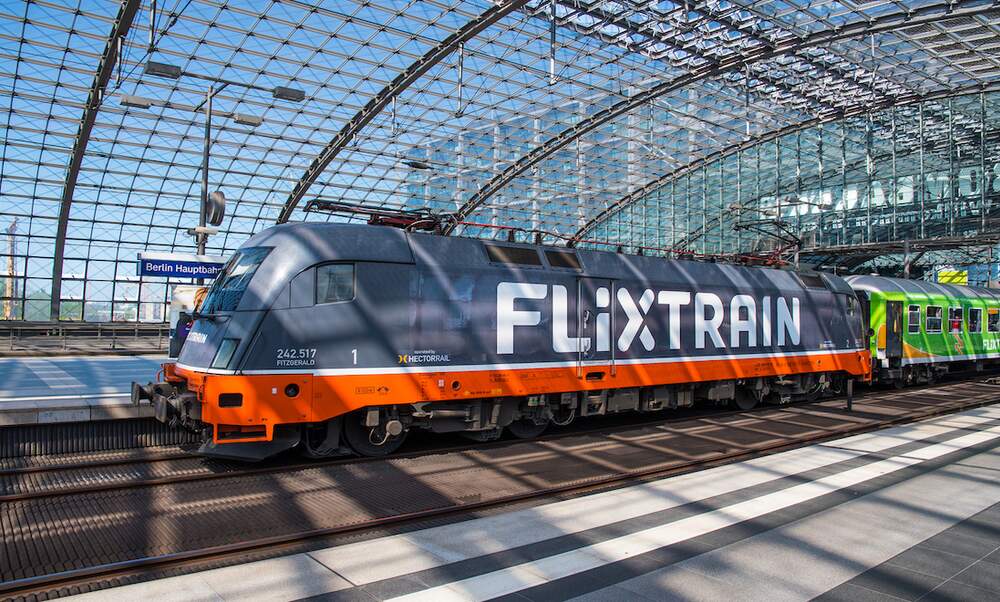 FlixTrain has just announced that its rail network is going to get a lot bigger in the not-so-distant future. No fewer than seven new destinations will be added to its existing long-distance rail network via a new line, while existing lines are set to be expanded as well.

The new line, which will be operational from the spring of next year, will allow passengers to travel non-stop all the way from Hamburg to Stuttgart, with three departures in both directions each day. According to a FlixTrain spokesperson, the route will also take in the German cities of Hannover, Göttingen, Kassel-Wilhelmshöhe, Fulda, Frankfurt, Darmstadt and Heidelberg.

Additionally, the long-running Berlin - Stuttgart connection will see the cities of Halle (Saale), Erfurt, Eisenach and Gotha being added as stops. The new Berlin - Cologne line, which FlixTrain opened in May, is also being extended - eastwards to Wittenberg and westwards to Aachen.

And that's not where the proposed improvements stop. FlixTrain is also aiming to increase the speed of their service between Hamburg and Cologne, which currently takes at least four hours. In the future, this should be brought down to three and a half.

FlixTrain squares up to Deutsche Bahn

In September a company called Rheinjet, based near Düsseldorf, announced that it would be commencing a new train service connecting Stuttgart, Munich and Frankfurt. However, neither this new service nor FlixTrain’s expansion will have much effect on Deutsche Bahn’s current monopoly on long-distance transport; according to the Monopolies Commission, they currently have a whopping market share of 99 percent.