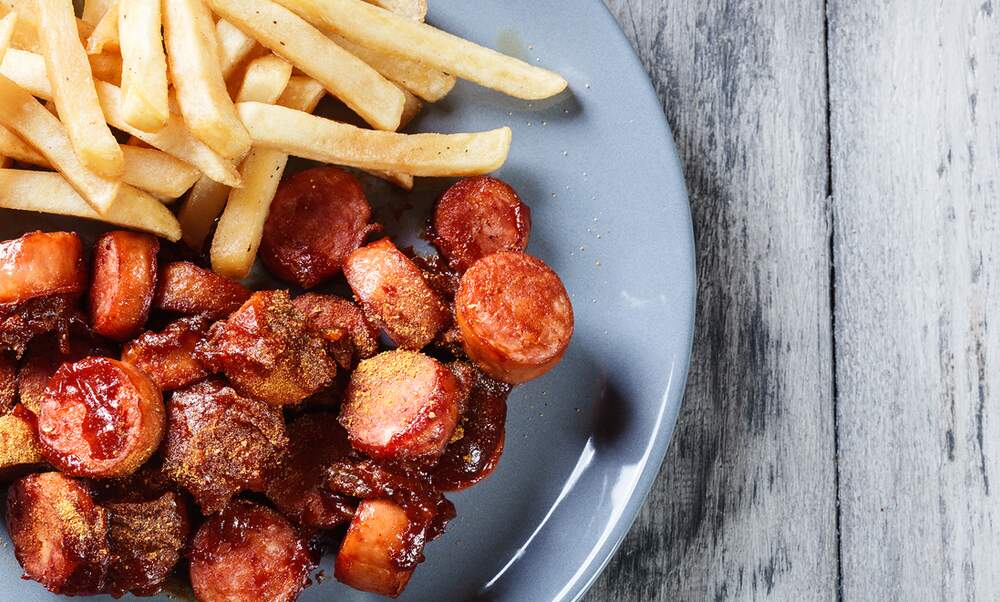 Although there are many traditional dishes that can be found all over Germany, there is also a great deal of regional variation. This is largely due to the fact that Germany as a country is still relatively young: prior to its unification in 1871, it was made up of a number of independent kingdoms and principalities who had their own dialects, customs and, of course, cuisine. Here is an overview of some typical local dishes in different German cities and federal states.

Currywurst may be somewhat looked down upon by Berlin’s residents, but the city can’t entirely turn its back on its most popular invention, the tasty curried sausage. Indeed, some 70 million Currywurst are sold in Berlin each year, and not just to tourists: a 2008 study reported that 80 percent of Germans consider Currywurst a staple of their diet.

The story goes that, one day in 1949, a woman named Herta Heuwer managed to procure some curry powder from British troops in Berlin. Back at her snack stand, she mixed the spice with some ketchup, added a dash of salt, sugar and Worcestershire sauce, and just like that, the Currywurst was born. Today there are thousands of snack stands all over Germany selling the tasty sausages, usually sliced and accompanied with fries or a bread roll and an ice-cold German beer.

In the rest of Germany these potato fritters are known as “Kartoffelpuffer” and served as a savoury accompaniment to a meal. In the Rhineland and particularly Cologne, however, they are called “Reibekuchen” and served sweet, with a sprinkling of icing sugar and a dollop of apple sauce (Apfelmus). They are made from finely-grated potato that is mixed with egg, onion and flour and then fried until golden.

You can most commonly find Reibekuchen at food stands at outdoor festivals, particularly during the Christmas market season, when the low temperatures make sinking your teeth into a steaming hot potato cake an absolute delight. 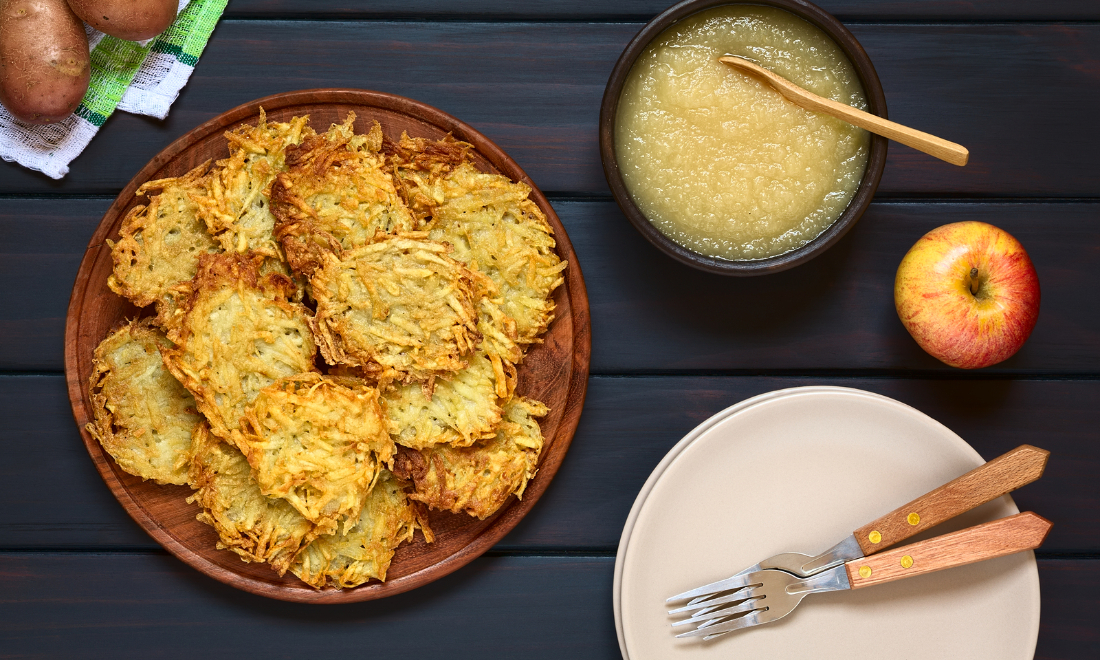 Although it can be found all over Germany, especially around Christmas time, Stollen has a long historical connection with Dresden, having been baked there since at least 1474. Traditionally associated with Christmas, Stollen is a cake-like bread made sweet with candied peels, raisins, almonds and spices. Some varieties have a rope of marzipan running down the centre. Once baked, the cake is lathered in melted butter and rolled in icing sugar to help it stay fresh for longer.

In 1560, the bakers of Dresden gifted each of the rulers of Saxony a Christmas Stollen cake weighing 16 kilograms! To this day, Dresden hosts an annual Stollen festival, the highlight of which is a giant Stollen cake, weighing between three and four tonnes. The cake is paraded through the city before being ceremonially cut into pieces (using a 1,6 metre-long knife!) and handed out to the crowd.

The dish that has made many-a tourist tickle their head in puzzlement, the Halve Hahn (half rooster) actually has nothing to do with chicken. It is a simple dish, consisting of half a rye roll with butter and a slice of cheese. It is sometimes also served with mustard, onions and pickles. In Düsseldorf, it is traditionally served in pubs as an accompaniment to Altbier.

The origin of the name itself is disputed, but one story goes that it was coined by a man named Wilhelm Vierkötter, who at a birthday party in 1877 played a clever prank on his guests: he ordered 14 half roast chickens, but secretly arranged for the waiter to serve 14 half-rolls with cheese instead. (We think it might be funny if you’re German…) 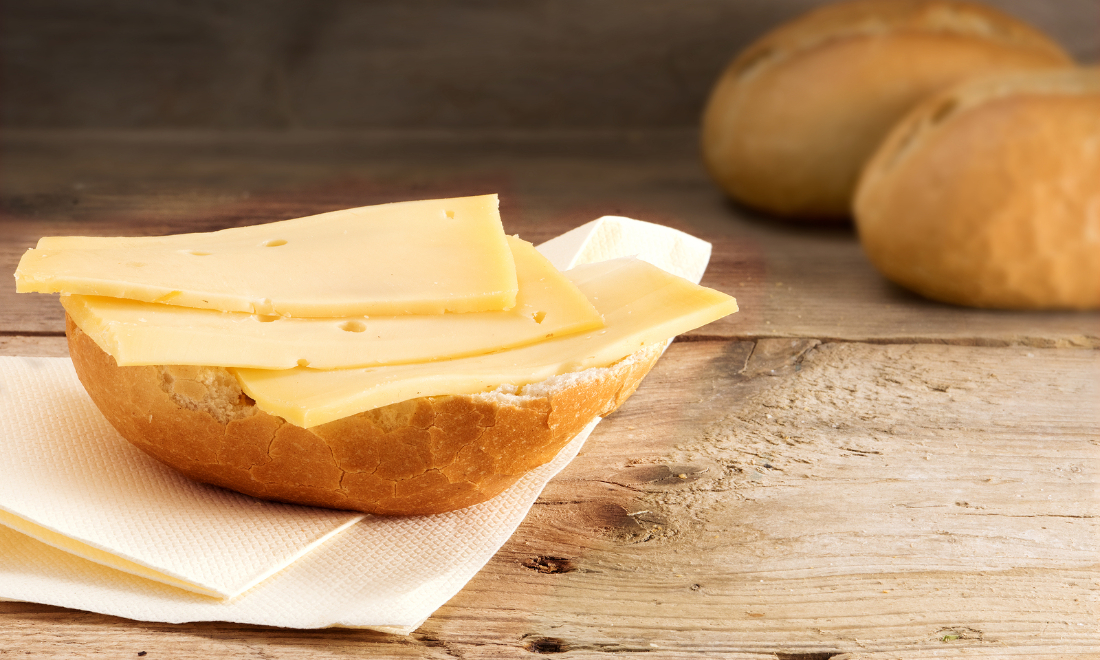 Frankfurt’s speciality - and reportedly Goethe’s favourite sauce - Grüne Soße (green sauce) is a mixture of sour cream, oil, vinegar, mustard, hard-boiled eggs and seven herbs (parsley, chives, chervil, cress, borage, sorrel and salad burnet). People in Frankfurt can’t get enough of it! The sauce has been awarded protected status within the EU and there is even a monument dedicated to it in Frankfurt-Oberrad.

Green sauce, known as “Grie Soß” in Frankfurt dialect, is usually served cold, with boiled potatoes and hard-boiled eggs. It is also sometimes used as an accompaniment to fish, asparagus or roast beef. It even finds its way into some Schnitzel dishes - Frankfurter Schnitzel is a local speciality.

Don’t let the appearance of Germany’s least photogenic food put you off - Labskaus is hearty and delicious. Created by sailors in the 16th century as a way to make their salted meat rations last longer, it has since become a typical dish served up by eateries in Hamburg.

Traditionally, Labskaus is made by boiling salted meat or corned beef and mincing it with onions, boiled potatoes and beetroot, which gives it its characteristic bright red hue. It is typically served with gherkins and pickled herring, topped with a fried egg, and is generally regarded by the strong-stomached as a good hangover cure. 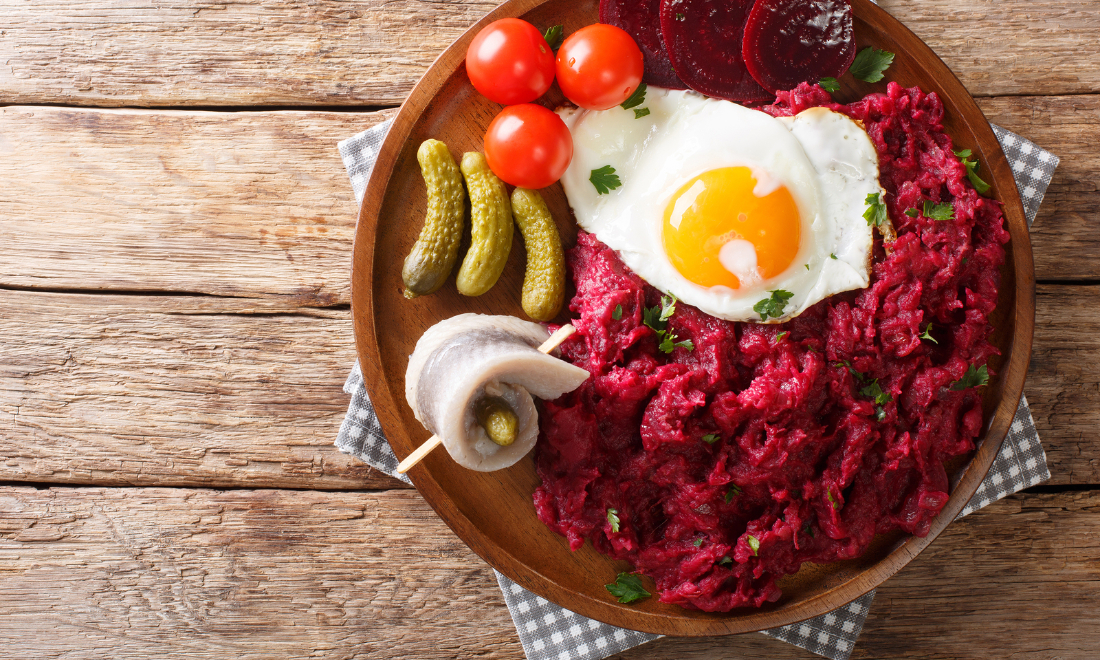 The Prinzregententorte (prince regent torte) is the jewel in the crown of the coffee and cake tradition in Munich. It was originally invented in 1886 by Georg Erbshäuser to honour the Prince Regent Luitpold. Although he was very popular with the Bavarian population, Luitpold wasn’t actually king; he was just taking care of the throne for his uncle Ludwig II (the "Mad King" responsible for fairytale German castles like Neuschwanstein).

Prinzregententorte is made by layering seven thin sponge cakes with chocolate buttercream, before topping with apricot jam. The whole cake is then encased with a dark chocolate glaze. Originally, the cake had eight layers, to symbolise the eight districts of the former Kingdom of Bavaria. However, when one of these regions was subsumed into Rhineland-Palatinate after the Second World War, it was also removed from the cake, resulting in seven layers.

Think of Maultaschen as ravioli, German-style: pasta squares the size of your palm, stuffed with meat, spinach, bread crumbs and onions. The name is thought to derive from the German words for “animal mouth” and “bag”, meaning the name’s literal translation is “feedbag” - probably a reference to the pasta parcel’s appearance.

Maultaschen are a Swabian speciality, especially popular in Stuttgart. They can either be served in broth or fried in butter. According to legend, the dish was created by a monk as a way to surreptitiously eat meat during lent, by concealing it inside pasta dough. For this reason, a Swabian nickname for the dish is Herrgottbescheißerle (“small God-cheaters”)! 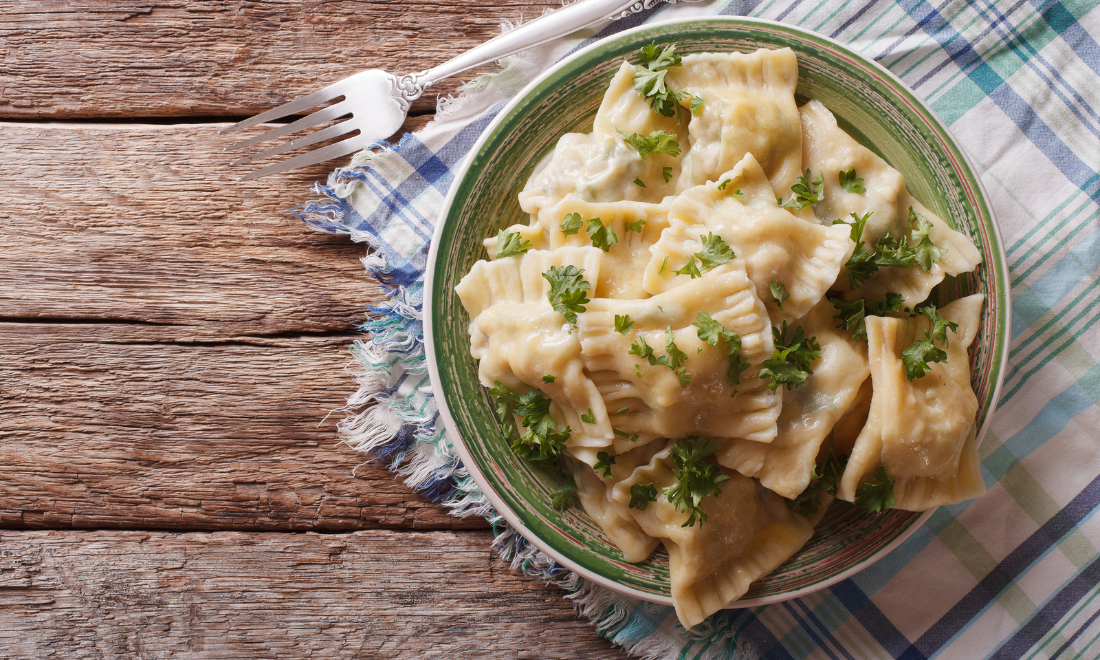 Spätzle - a type of pasta or dumpling - is a very popular dish in southern Germany, especially in the Swabian regions of Baden-Württemberg. The name is derived from the diminutive form of the Swabian word “Spatz”, and therefore translates literally as “little sparrows”, a reference to the pasta’s shape. In certain regions, it is also known as Knöpfle (“little buttons”).

Spätzle is made using a combination of eggs, flour and salt. Tradition states that you use one more egg than the number of persons eating. It is usually served as an accompaniment to gravy-rich dishes, either plain, cooked in cheese (Käsespätzle) or mixed with liver (Leberspätzle).