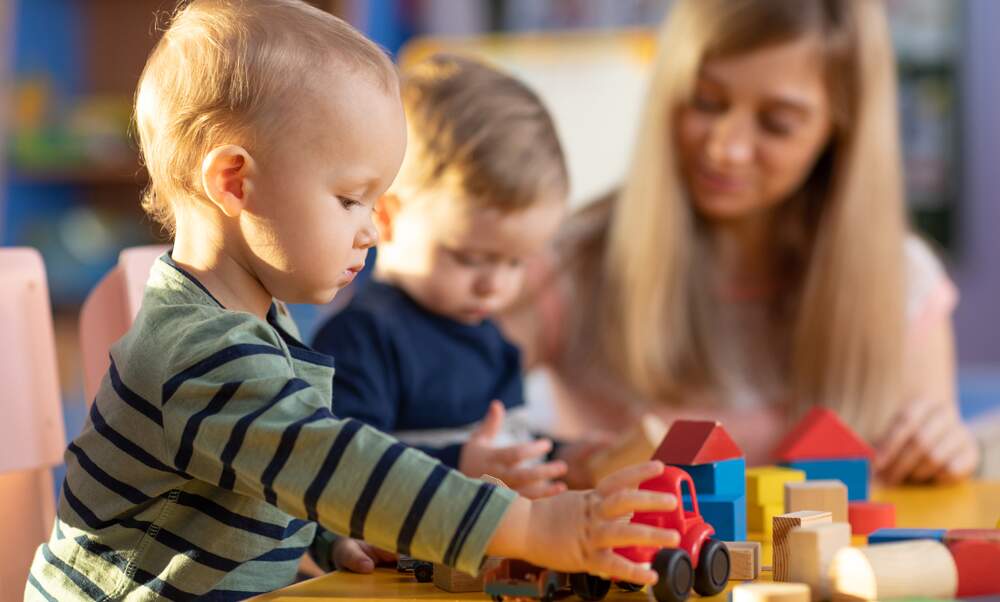 Daycare in Germany is suffering from a critical staffing shortage, a new study has found. While things have improved over the last 10 years, the changes have not been enough to relieve the burden on childcare staff.

Early-years educators are some of the most sought-after people in Germany: year on year, the state is paying more and more people to look after children in nurseries. In the space of just 10 years, posts in nursery education in Germany have risen by 54 percent - from 379.146 jobs in 2008 to 582.125 in 2018.

In recent years, staffing levels in day care centres have therefore improved. This “personnel key” is the primary factor for assessing a daycare facility’s quality, and the results are promising: on average, a full-time nursery worker is nowadays responsible for 4,2 children. Five years ago, it was 4,6. In centres for slightly older children, the rate has improved from 9,6 children to 8,9 children.

Nonetheless, these improvements - which do not come cheap, since Kita fees in Germany are covered entirely or at least partially by the municipalities, depending on federal state - do not go far enough, according to a new report by the Bertelsmann Foundation.

Each educator looks after 13,3 children

Examining the “personnel key” at nurseries and kindergartens across the country, the authors of the “State Monitoring of Early Childhood Education Systems” report conclude that an additional 106.500 educators are needed to bring staffing levels to an appropriate point. This is based on their calculations that at least one member of full-time staff is needed to supervise 7,5 kindergarten children (ages three to six), and 3 creche children (up to two years).

The study also point to the fact that the figures do not reflect the reality on the ground, arguing that around a third of working hours are actually not directly linked to pedagogical tasks - such as discussions with families or writing reports. This leaves the educators with even less time with their children. Therefore, an accurate figure would be something more like one teacher per 13,3 children aged three to six years.

The study also shows a concerning difference between the levels of staffing in East and West Germany, demonstrating that early educational opportunities are still dependent on place of residence. In the ranking, Baden-Württemberg is the place with the highest amount of personnel, followed by Lower Saxony, Hamburg, Schleswig-Holstein, Bremen and Bavaria. North Rhine-Westphalia, the most densely-populated federal state in Germany, lies somewhere in the middle.

The most precarious staff situation is firmly in the east of the country. Although things have clearly improved in Brandenburg, Saxony-Anhalt and Mecklenburg-West Pomerania, these states remain at the bottom of the pile. In kindergartens in the latter state, one teacher on average takes care of almost 20 boys and girls.