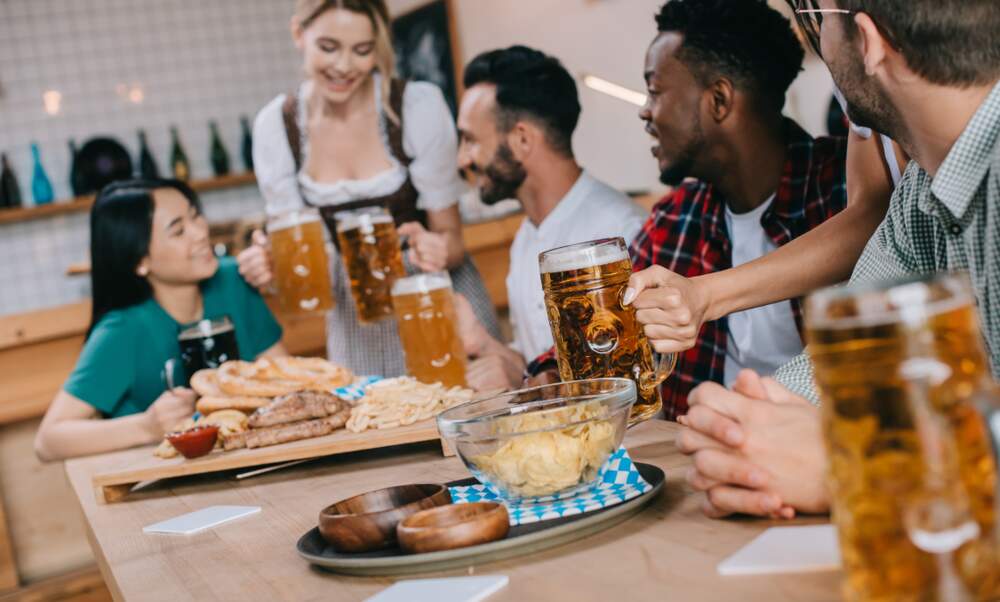 Germany is known for its iconic beer halls, where visitors can treat themselves to a filling and hearty German meal accompanied by a glass, mug or pint of beer in a warm and friendly setting.

Every good beer hall will have several different types of German beer on tap, as well as countless great bottled brews, which are all served up in an authentic setting. Here are some of the most popular and famous beer halls across the country. 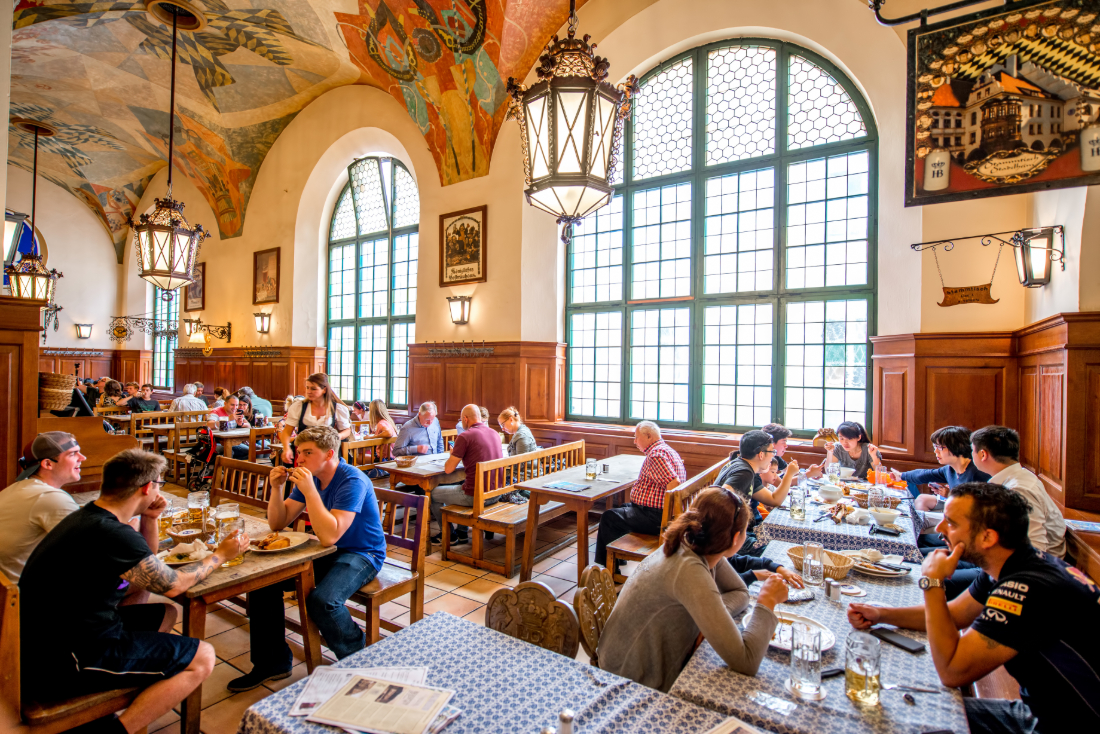 Perhaps even more so than the rest of Germany, beer is an integral part of everyday life in Munich, home of Oktoberfest. So it comes as no surprise that the city houses some of Germany's best beer halls.

Known for its authentic Bavarian charm and appeal, the local brewery Augustiner owns this beer hall and restaurant. Its welcoming interior, complete with high ceilings, copper detailing and dark wood panelling, helps create a buoyant vibe. Kick back and enjoy some traditional German dishes and beers - and practice your German language skills while you're at it!

Arguably one of the most famous beer halls in the world, the Hofbräuhaus was originally built by the Bavarian Duke Maximillian I as an extension of the Staatliches Hofbräuhaus brewery in 1589. With room for up to 4.500 guests, this beer hall survived both World Wars and continues to host live music acts every weekend.

Another beer hall that is home to a locally-brewed beer, the Löwenbräu, this beer hall features a beer garden as well as a restaurant. The Löwenbräukeller is a well-visited watering hole that regularly hosts traditional dances, live Bavarian music performances and much more. 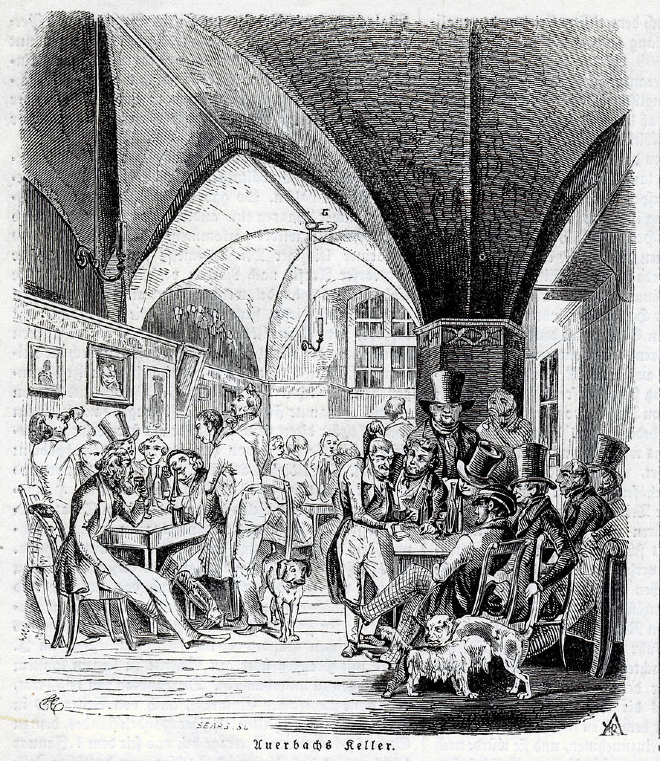 The must-see beer halls of Leipzig

As the most populous city in the federal state of Saxony, it should come as no surprise that some of the world’s most famous beer halls are to be found in Leipzig.

Auerbachs Keller is said to be the most famous beer hall in Eastern Germany. Founded back in 1530, this authentic German landmark is also where Johann Wolfgang von Goethe staged the famous debate between Faust and Mephistopheles. Enjoying a beer at one of the massive tables and enjoy some delicious regional German treats, you can almost picture the two men battling it out.

A beer cellar and local brewery housed in a former train station, this unique venue offers a lovely range of beers, from seasonal to Maibock, smoked beer and more! All types of locally-brewed beer are served unfiltered, and a number of their craft beers are made especially for the US market.

The romantic and idyllic city of Heidelberg has been attracting famous beer enthusiasts over the years - and for a good reason!

This beer hall, known as the Red Ox in English and distinctive for its unique saddle roof and baroque style, has welcomed many a beer lover since it first opened its doors in 1703. Everyone from Mark Twain to Elvis Presley has paid a visit to the oldest beer hall in the city, and it's easy to see why. It remains a favourite watering hole for students to this day.

A traditional German beer hall in all the right ways, this venue offers a wide range of typical and regional German food and beer. Visited by locals and tourists alike, this is the ideal beer hall to visit if you are looking for an authentic experience and don't mind sitting at a long wooden table with strangers and friends! 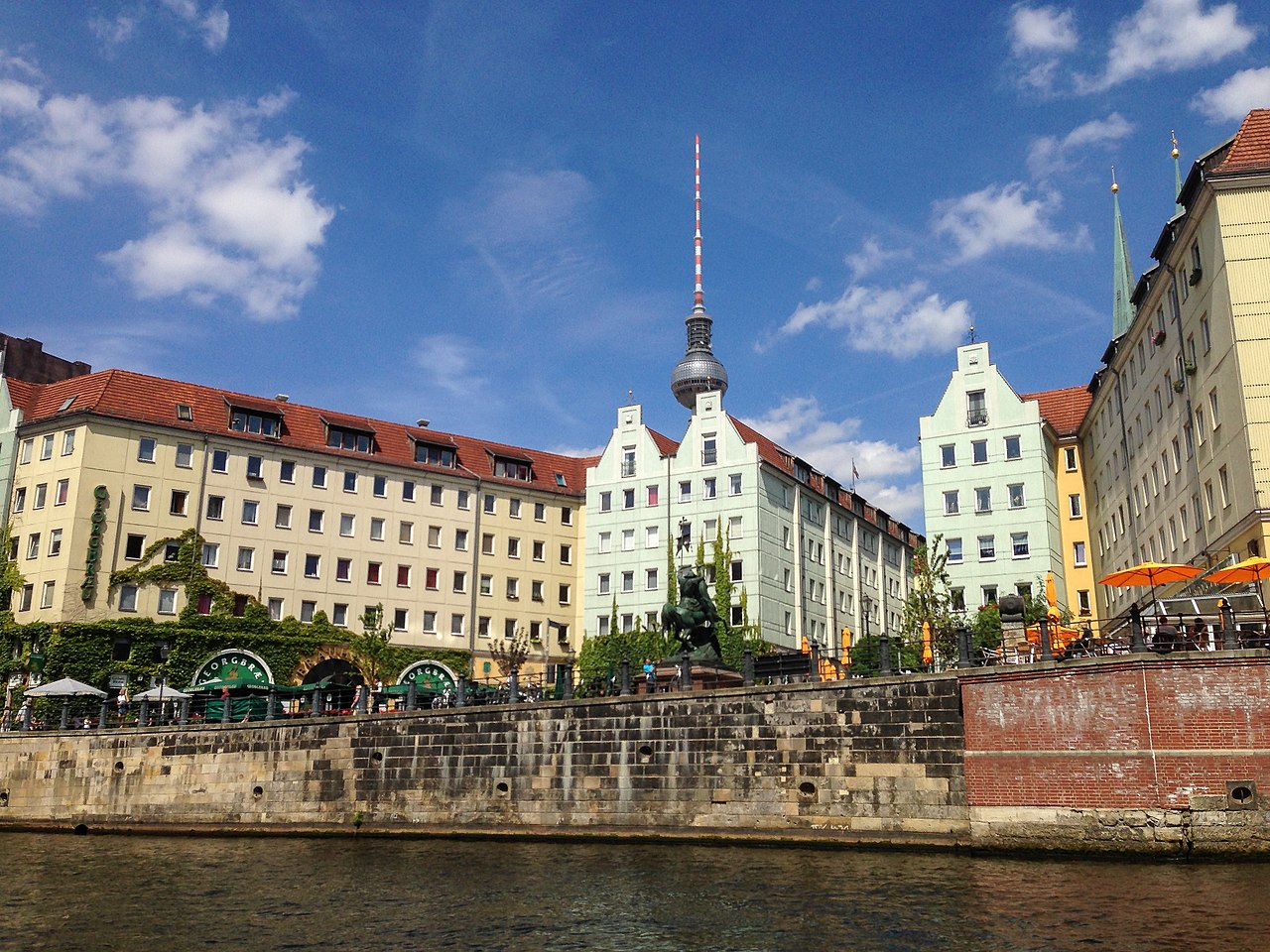 The best beer halls in Berlin

The capital city of Berlin is well-known for its must-see German attractions, monuments and memorials, but did you know that it is also home to a number of iconic beer halls? Next time you are in town, be sure to visit these establishments!

Located by the famous Alexanderplatz, this traditional Bavarian beer hall has been designed to replicate the atmosphere, noise and experience of Oktoberfest! The hall itself is large, with authentic wooden panelling, massive tables and chairs, and the beer is served in half-litre jugs or bigger! The traditional German food on the menu is both delicious and filling, and there is live music nearly every day!

Tucked away in Berlin's Nikolaiviertel is the Georgbräu Brauhaus, a beer hall with its own in-house brewery. Ideal for sampling a St George Pilsner (or any other type of local beer) this beer hall is known for its wide offering of beer, friendly atmosphere and divine schnitzel.

A renowned beer destination for any beer connoisseur, there is no shortage of traditional beer halls in the city of Hamburg.

One of the oldest breweries in the city, this beer hall and brewery offers visitors and locals alike an authentic experience. Its Groninger Pilsner and Hanseaten Weisse are a must-try, and some tables even feature built-in grills, perfect for cooking your own sausages!

If you are in search of a typical beer hall experience, then this is the place for you! Located in the city's St. Paul district by the harbour, this brewery / beer hall features long wooden tables and benches. What's more, the famous Weizenbier is brewed onsite as well, so be sure to try it when you stop by.

Whether you are drinking a pint or a smaller glass of beer, you are sure to enjoy it best in an authentic beer hall. Don't be afraid to share a wooden table with strangers, as they may just become your new friends before you know it.