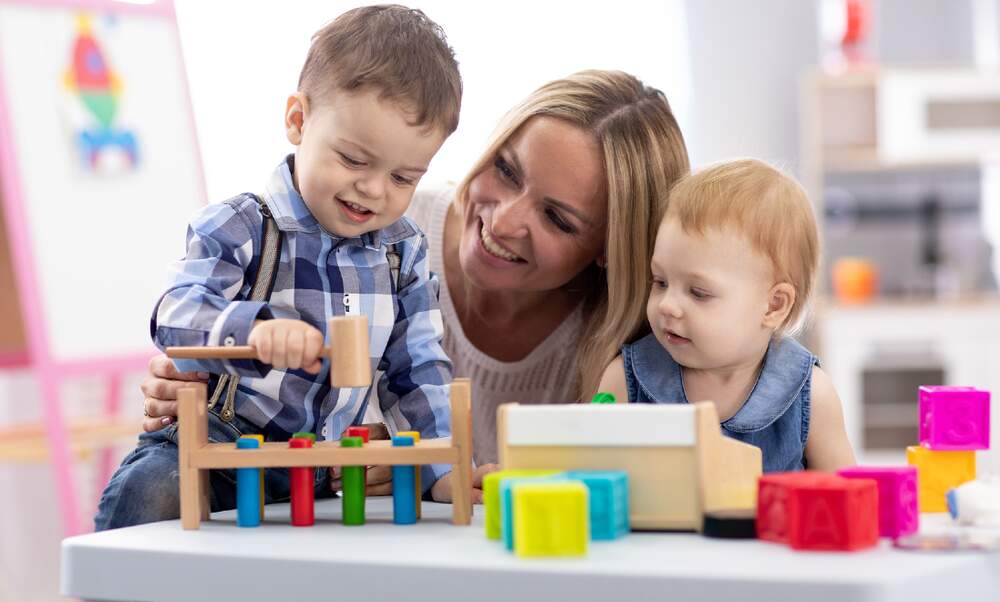 If you’re moving to Germany with kids or you’re expecting a baby, you’ll start to hear the word “Kita” a lot.

What is Kita (Kindertagesstätte)?

Short for Kindertagesstätte, Kita is a collective term for various forms of childcare, including nurseries, preschools and after-school care. You do not have to send your children to daycare in Germany, but doing so will help with their socialisation and development. If you decide to return to work, Kitas also bridge the gap until your child starts attending primary school at age 6.

Rights to childcare in Germany

Since 2013, all children in Germany aged 12 months and above have a legal right to a childcare place, which is (partially) subsidised by the state. Children aged between 3 and 6 are entitled to a place at preschool.

Nonetheless, demand for childcare far outweighs supply - especially if you need extended opening hours or bilingual education, or if you live in one of the larger German cities - and securing a place for your child can be very competitive. It’s therefore a good idea to start planning as early as possible. It’s not unheard of for parents to start making enquiries during pregnancy or soon after registering the birth.

There are various forms of childcare in Germany, which can be loosely grouped into four distinct types:

A nursery (Krippe) looks after children under the age of three. Nurseries in Germany are run by a mixture of private, public and religious organisations. At Krippe, the emphasis is on socialisation, playing, singing and excursions, all under the supervision of early years educators.

Most nurseries are flexible about drop-off and pick-up times, allowing parents to fit childcare around their working hours. A typical day lasts around seven hours and prices vary considerably, depending on the location and the parents’ income.

Preschools in Germany go by a name also commonly used in the English language: Kindergarten. They are run by city authorities, religious bodies, specially-founded organisations or other private entities and focus on play-based learning to hone children’s social, creative and language skills. In some areas, private providers or international schools may offer bilingual preschools.

In contrast to nurseries, most preschools begin in the morning and end around lunchtime or a little later in the afternoon. Institutions with full-day care do exist, but they are not very common, meaning that competition for places is high and they tend to be more expensive. As with nurseries, the cost of preschools varies widely, according to the parents’ income and the region.

Childminders or nannies in Germany are officially referred to with the gender-neutral term “Tagespflege”, although “Tagesmutter” is still the word you are most likely to hear. As the name suggests, a childminder takes care of your child at their home. In Germany childminders are allowed to take care of up to six children at a time. Nannies generally come to your own home to look after your child(ren).

While childminders and nannies in Germany are not required to be qualified early years educators, they do have to be registered with the local Youth Welfare Office (Jugendamt). Costs vary, but on average a childminder will charge around 300 to 600 euros per month for a 20-hour week.

Before- and after-school care (Schulhort)

Before- and after-school care is a form of daycare for children aged 6 and above who are attending primary school. It is provided by the schools themselves, to help bridge the gap between school finishing and parents being able to collect their children after work. What your local Schulhort offers depends on the facilities available and local demand, and thus can vary hugely from region to region.

Fees for after-school care will vary according to what provision is being offered, how long your child is being cared for, and whether food is included.

Types of Kita in Germany

Just as there are many different types of school in Germany, there are also different types of Kita. While some are publicly-funded, others are private; some, like Montessori or Waldorf Kitas, might follow a specific educational concept or philosophy. There are also “integrative Kitas”, in which children with and without disabilities are taken care of together, and bilingual Kitas, in which teaching is given in both German and a second language. The type of Kita you choose affects the kind of early-years education your child will receive, as well as the fees.

How to find a childcare / Kita place in Germany

Demand for Kita places in Germany is high, so it pays to start your preparations early.

Apply to the youth welfare centre

First, you should apply to your local Youth Welfare Office (Jugendamt). They will give you a list of all the Kitas in your area.

You then need to decide which Kita you would prefer for your child. You might want to visit the Kitas to meet the staff and check out their facilities. You should consider whether the location is convenient for you, the staff-to-children ratio, whether the staff speak English, what the opening hours are, and whether meals are provided.

Enrolling your child in daycare in Germany

Once you have made your choice, you need to apply for a place at your preferred Kita. The application process differs, depending on whether the facility is publicly- or privately-funded.

Enrolling your child at a private Kita

If you wish to enrol your child at a private childcare facility, you can usually go and register them there directly. You might need to provide some documentation, such as your child's birth certificate, and you may be placed on a waiting list. However, demand is so high that it’s not uncommon for parents to place their child on multiple waiting lists simultaneously - so your child’s name is likely to move up the list quite quickly.

Enrolling your child at a public Kita

If your preferred facility is a public Kita, you need to fill out and return a form to the Jugendamt, to indicate which you prefer. You also have to pick some other “backup” choices. Note that if there are no vacancies at your preferred Kita, the Jugendamt is entitled to allocate you a place in another facility, as long as it is not more than five kilometres away from your place of residence or more than 30 minutes away by public transport.

Cost of childcare in Germany

The cost of daycare in Germany varies from Kita to Kita and region to region. Several factors influence the school fees:

In principle, publicly-funded daycare centres charge lower fees than privately-run ones. However, since all Kitas in Germany have to adhere to strict standards set by the government, the quality of care does not vary hugely. A more expensive Kita does not necessarily mean a better Kita.

In some federal states, publicly-funded daycare centres are either partially or wholly subsidised by the state:

Contributions towards food and drink

Note that, even if childcare is free in your state, you will still be asked to contribute a small amount of money each month for food and drink for your child. If your income is limited, you may be entitled to financial assistance. You can apply to the Jobcentre or Social Welfare Office responsible for you.

If you are struggling to afford Kita fees, you can apply for a so-called “daycare voucher” (Kita-Gutschein) from the Youth Welfare Office. Once your child has secured a Kita place, you need to apply in writing to your local office. You can usually download the application form from the Jugendamt website, or pick one up directly.

After filling out the application form, you need to return it (either by post or personally) to the Youth Welfare Office with the following documents:

Your documents will be assessed by the Youth Welfare Office and, if you are deemed to have a low income, you will receive a voucher to reimburse you for the cost of all or part of the Kita fees.

There are several other benefits, allowances and schemes that parents in Germany should take advantage of.

All parents in Germany are entitled to a monthly child benefit to help make sure their children’s basic needs are covered. There are other allowances available for low-income parents to cover the cost of school trips and supplies.

New parents who take time out of work to raise their children are also entitled to compensation from the government. The parental allowance in Germany replaces both parents’ lost earnings for up to 24 months. If you are divorced (or separated, if you were never married), both parents can still claim parental allowance.