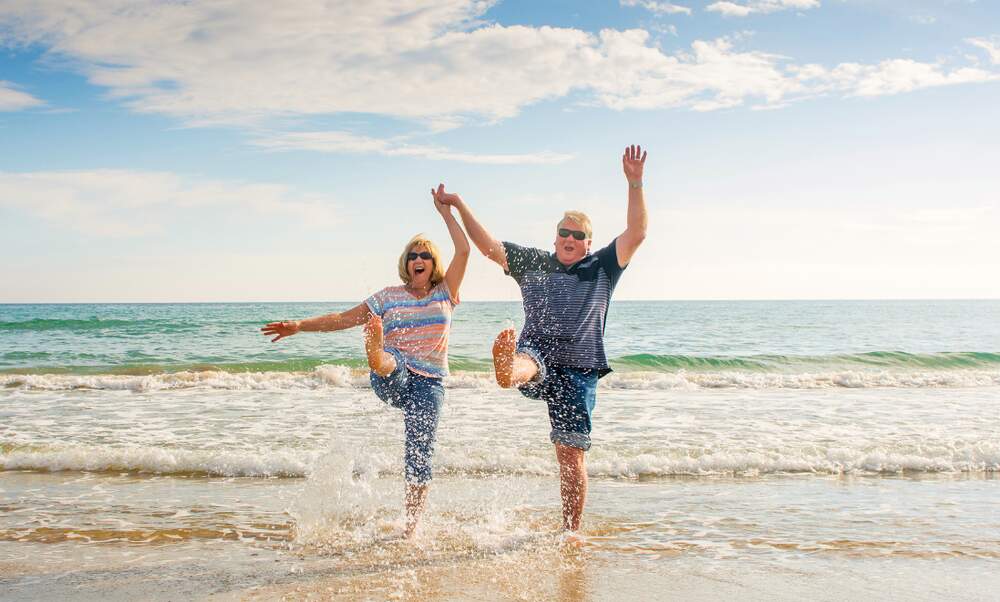 People in Germany are the happiest they’ve been in years, according to the latest Happiness Atlas (Glücksatlas). But some places are jollier than others - and one federal state in particular has, once again, nabbed the top spot.

German happier than ever before

After two years of declining values, overall life satisfaction in Germany was up again this year, according to the 2019 Happiness Atlas. On a scale of zero to 10, the survey’s respondents rated their overall contentment as 7,14 points - slightly more than last year’s 7,05. In fact, it’s an all-time high score.

The Atlas is compiled by Deutsche Post, which uses representative survey data on life satisfaction to compile a ranking of 19 regions nationwide. This year marks the survey’s ninth edition.

Where do the happiest people in Germany live?

While the country’s overall score increased by 0,09 points in comparison to the previous year, in the “new federal states” it rose by 0,11 points, shrinking the gap between East and West Germany to 0,17 points - an all-time low.

Once again, the northernmost state of Schleswig-Holstein topped the ranking as the home of the country’s happiest people. It has held onto the top spot every year since 2013 and this year stood head and shoulders above the rest with an overall happiness rating of 7,44 out of 10.

At the other end of the scale was the eastern state of Brandenburg, whose overall happiness rating of 6,76 put it at the bottom of the list. This was 0,08 points lower than in 2018.

What makes people in Germany happy?

The study’s author, Bernd Raffelhüschen, said the giddy feeling in Germany this year could be attributed to the strong employment situation and the population’s overall good health. Another factor in the growing satisfaction of Germans is also abundantly clear: money. According to Raffelhüsschen, net household incomes have increased by an average of 560 euros over the past 10 years.

According to the study, Schleswig-Holstein’s high happiness levels can be explained by its geographical proximity to the Hygge nation of Denmark, which consistently ranks as one of the happiest countries in Europe. The comparatively poor performance of federal states like Brandenburg, Mecklenburg-West Pomerania, Saxony-Anhalt and Berlin, on the other hand, can be explained by factors such as relatively high unemployment.

The full ranking of the happiest places in Germany is as follows:

For more information, see the Glücksatlas 2019 website (in German).