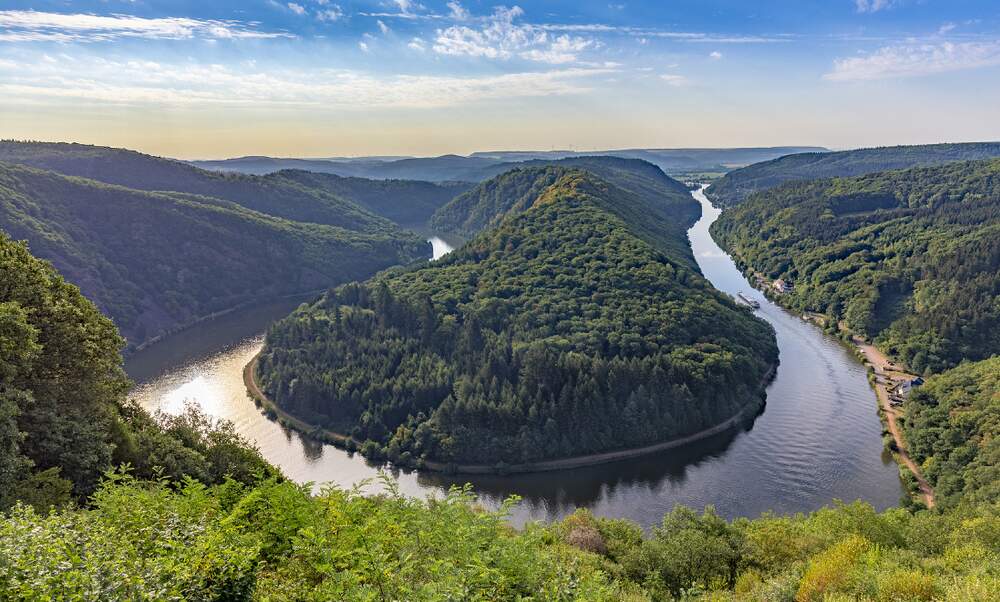 Excluding the city states of Berlin, Hamburg and Bremen, Saarland is the smallest federal state in Germany, by both area and population. Situated in the west of the country, it is bordered by Rhineland-Palatinate to the north and east, France to the south and southwest, and Luxembourg to the northwest. It is sometimes referred to as Germany’s “little France”.

A brief history of Saarland

Strategically located on the border between France and Germany, directly on top of an extensive coal deposit, the territory nowadays known as Saarland has a long history of being passed back and forth between different rulers - most notably France, which controlled the area on multiple occasions between the 17th and 20th centuries and to this day exerts a strong influence over the state’s unique melting pot culture.

The territory’s earliest known inhabitants were the Celts and Germanic Franks. It was incorporated into the Roman province of Belgica in the 1st century BC, before being passed over to Frankish and Carolingian rule with the fall of the Roman Empire in the 5th century AD.

Over time, the Saar region splintered into a number of smaller territories. The largest of these was centred on the city of Saarbrücken, which was ruled by the counts of Nassau-Saarbrücken between 1381 and 1793. The independence enjoyed by these lesser kingdoms under the Holy Roman Empire was repeatedly threatened by the ambitions of French kings, who sought to take control of territories on the western side of the Rhine.

The Saar passed into French hands a number of times over the following centuries, becoming a French province in 1684 under the Truce of Regensburg, before being surrendered in 1697 and then reoccupied in 1792. With the final defeat of Napoleon in 1815, France was forced to cede most of the Saar to Prussia. Alsace-Lorraine’s decision to join the German Empire in 1871 meant that the Saar was no longer a boundary state, allowing it to experience a period of rapid industrial development.

Back under French control

After the First World War, Saarland was placed once again under French control, under a League of Nations mandate that permitted Saarland’s inhabitants to choose between being part of France or Germany after 15 years. In the plebiscite, held on January 13, 1935, more than 90 percent of Saarland’s inhabitants chose to return to Germany and become part of Hitler’s Third Reich.

French military forces occupied the Saar one more time in 1945, in the immediate aftermath of the Second World War. Two years later, the first state parliament adopted a constitution calling for an autonomous Saar in an economic union with France. Saarland even had its own national football team that participated in the 1952 Summer Olympics in Helsinki and the 1954 World Cup Qualifiers, where they finished ahead of Norway in their group but ultimately lost out to West Germany.

In a 1955 referendum, however, 68 percent of voters rejected Saar’s autonomous status and - by implication - called for the area to return to West Germany. This was subsequently agreed upon with the French and on January 1, 1957, Saarland joined the federal republic (known as the “Kleine Wiedervereinigung” or “Little Reunification”) - although it continued to use its own currency and postage stamps until 1959.

As you might guess, the state of Saarland gets its name from the Saar River, a tributary of the Moselle River (which is itself actually a tributary of the Rhine River), which bisects the state from the south to the northwest. The heart of Saarland is an area of thickly forested hills - nearly a third of the state’s land area is covered by forest. The highest peak is the Dollberg, which stands at 695,4 metres above sea level.

Saarland is primarily dominated by a continental climate with maritime influences that are evident in its moderately warm summers and mild winters. While mostly warm, the weather can also be wet, as the state experiences a significant amount of rainfall throughout the year. On average, July is the hottest month, with an average high temperature of 24 degrees. December and January are the coolest months, both with an average low of -2 degrees.

There is no single “Saarländisch” dialect; locals generally either speak Rhine Franconian (in the southeast) or Moselle Franconian (in the northwest). Both dialects share a number of peculiarities, most famously that they both refer to women and girls with the neuter pronoun “es” and generally do away with the genitive case altogether.

Like most aspects of Saarland culture, French has also had a considerable influence on the local dialect, with a number of French terms making their way into everyday usage - although their pronunciation has an unmistakeable Saarland twang!

Due to France’s geographical proximity and long involvement with the area, a high proportion of Saarland’s population is able to speak French, and it is a compulsory subject in many schools. In 2014, the state government announced its aim to make the region fully French-German bilingual by 2043.

Saarland is a small state, so don’t expect any glittering, ultra-modern metropolises, but these cities are all worth a stop:

We’re not sure where the “nine churches” name came from, but Neunkirchen is famous as the birthplace of Erich Honnecker, who led the GDR for most of the second half of its 40-year existence.

Midway between Kaiserslautern and Saarbrücken, and 20 kilometres from the French border, Homberg’s main attraction is its huge system of sandstone caves, which have been used since the 17th century to gather raw materials for glass making.

Völklingen is a medium-sized town with a fascinating history stretching back thousands of years. When the Röchling family of industrialists took over the city’s disused ironworks in 1881, they kickstarted an economic boom that would last nearly a century. The last furnace went out in 1986. A few years later, the ironworks were designated a World Heritage Site and they are now one of Saarland’s major tourist attractions.

Named for King Louis XIV, the “Sun King” of France, Saarlouis was originally built as a northern defence fortress for the Kingdom of France. Its residents nowadays live within the remains of this fortress, and the city has over time become famous for its parties, festivities and summer time open-air bar.

Merzig is a pretty city with Renaissance, Romanesque and Baroque architecture. It’s definitely worth a visit for its wolf park and network of themed gardens. The Losheimer Stausee, Saarland’s “biggest bathtub” is within easy reach.

Like most traditional German cuisine, food in Saarland is rich yet simple, reflecting the historical importance of mining and farming in the area, two professions that demanded a calorie-rich diet. Inexpensive, filling ingredients like potatoes, onions, leek, cabbage and beans therefore find their way into plenty of regional dishes. Potatoes (known as Grumbeeren or Grumbieren in local dialect) are especially beloved and are served up in endless different ways.

Saarlanders are very fond of outdoor grilling - known as “Schwenkbraten”. The Schwenkbraten grill is similar to a rotisserie in that it’s always on the move, but instead of rotating, it swings back and forth over a fire (Schwenken literally means, to swing back and forth). This helps to cook the meat evenly.

French overtures are also present in many typical Saarland dishes - perhaps the reason why it is home to more three-star Michelin restaurants than either Berlin or Munich.

If you’re stopping in Saarland, be sure to take in these fascinating sights and attractions:

Now turned into a UNESCO World Heritage Site, the Völklinger Hütte are one of Saarland’s biggest attractions and a monument to the heyday of industrialisation. Wander through the maze of rusty furnaces, smelters and pipes and learn about the area’s fascinating history. At night, the ironworks are spectacularly lit up.

Located beneath the ruins of Hohenburg castle, the Schlossberghöhlen are Europe’s largest man-made sandstone caves. Explore the winding corridors and colossal, domed halls (kitted out with your very own miner’s helmet!) and marvel at the yellow and red stone.

Stretching 1.250 metres above the trees, the Treetop Walk Saarschleife treats you to spectacular panoramic views over the dramatic riverbend in the Saar and the unique forest landscape that surrounds it.

Everyone loves a good old German castle! Just a hop, skip and a jump away from the Saarschleife river bend lie the ruins of what was formerly one of the region’s premier fortresses. Burg Montclair’s dreamy views make it a popular stopping-off point for hikers.

Get ready to experience how the rich and wealthy lived 2.000 years ago. Close to the German-Luxembourg border you will find Villa Borg, a reconstructed Roman villa housing an archaeological museum, a “villa rustica” complex and a fully functioning Roman bath, not to mention an in-house tavern dishing out Roman dishes and drinks.

The flag of Saarland is based on the black, red and gold horizontal tricolour of Germany. In the centre, it bears the coat of arms of Saarland. It is used for both civil and state functions. 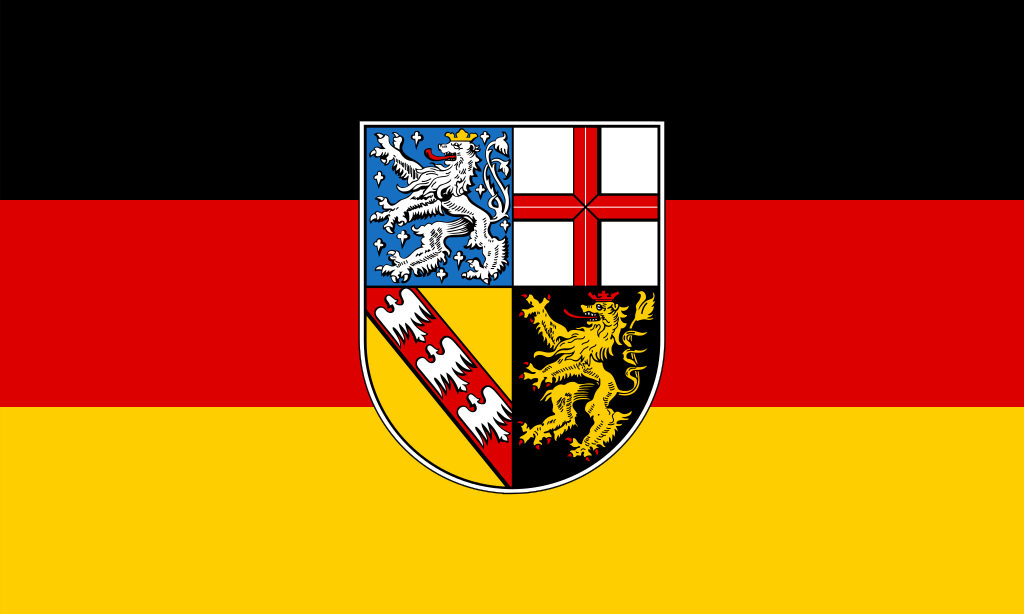 Historically, the Saar region has used two different flags. Between 1920 and 1935, when the Saar was being administered by France on behalf of the League of Nations, it adopted a blue, white and black horizontal tricolour flag. 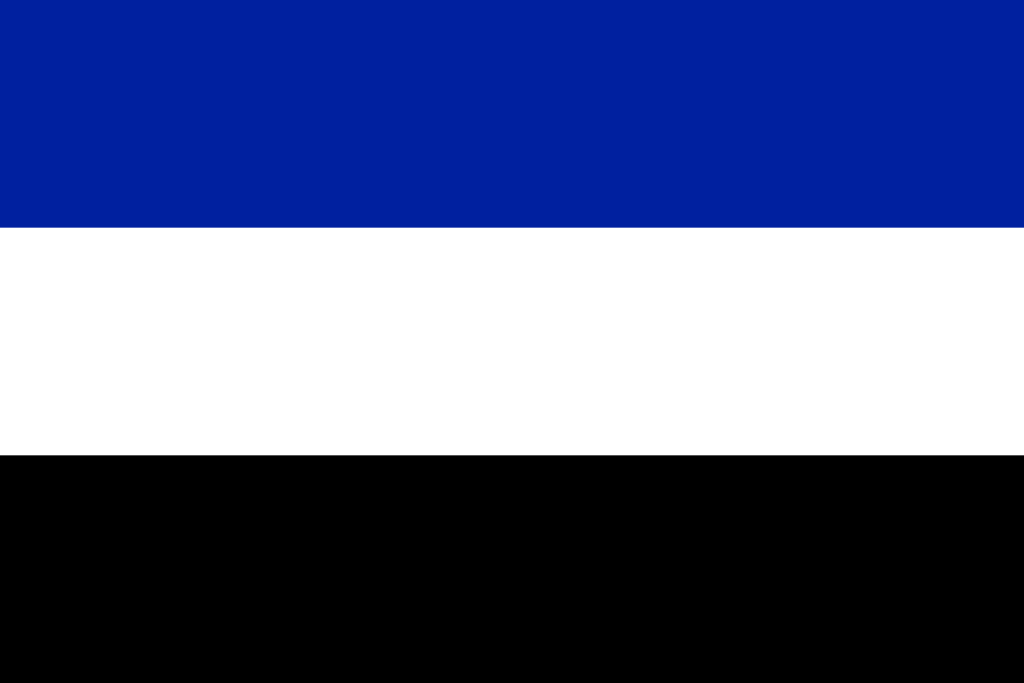 When the French again assumed control of the Saar after the Second World War, a different flag was adopted, this time a design with a Scandinavian cross, with blue and red vertical bars, derived from the colours of the French flag. Saarland adopted its current flag when it rejoined the Federal Republic of Germany in 1957. 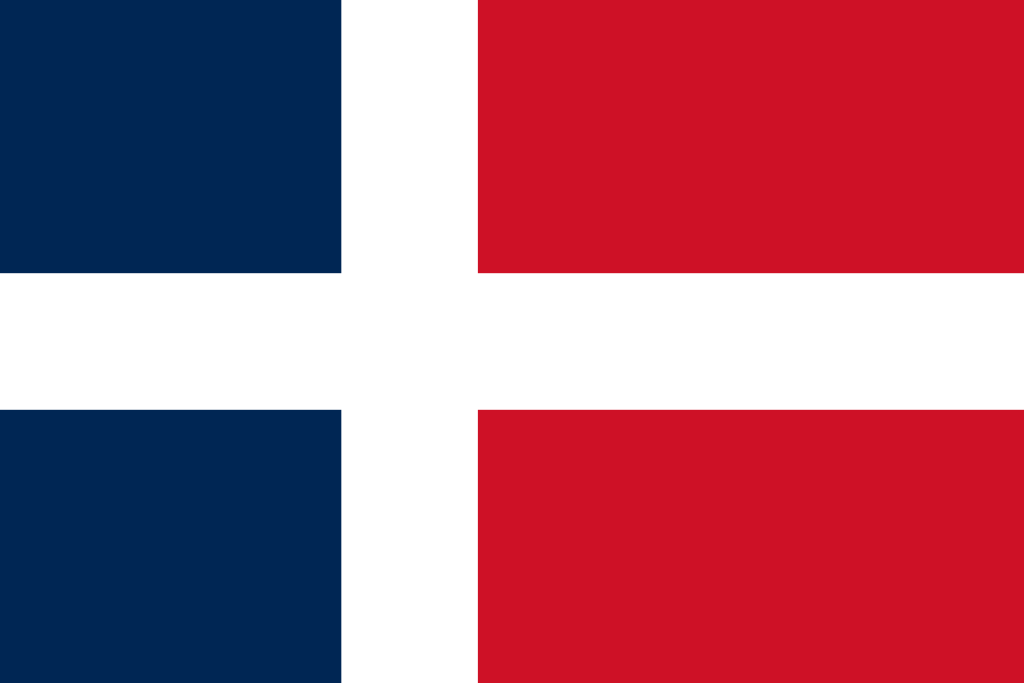